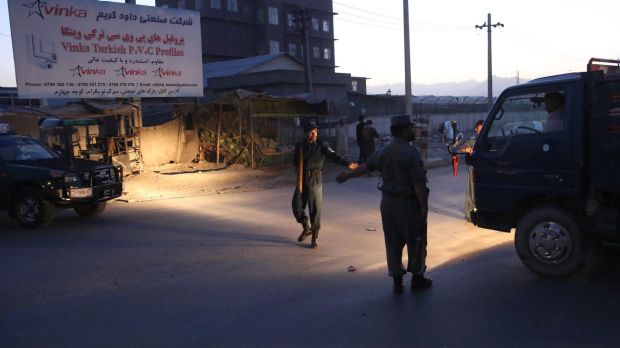 Mujahid said, “A truck packed with explosives struck the outer wall of the Northgate Hotel. The three other who were armed with light and heavy weapons, incendiary bombs, rocket launchers and suicide vests after the first explosion brought themselves into the center and targeted foreign forces.”

He added, “when the car was exploded at the entrance of the center, security barriers, rooms, armory and petroleum products store were destroyed and most of the foreign forces were killed or heavily injured.”

Taliban Spokesman explained, “After the first explosion, three other attackers went inside the hotel and targeted foreigners. In the second phase of attack that lasted until 5 A.M when all hotel residents were killed or seriously injured. In the third phase of attacks during the two-hour clash with police outside the hotel, a large number of security forces were killed and wounded whom were transported by ambulance.”

According to Taliban In this operation more than a hundred security forces members were killed and injured. The majority of buildings and vehicles were completely destroyed.

A Taliban spokesman said that foreign forces depended media try to censor the details of attacks and always hide the truth to public. Mujahid believes that foreign forces downplay the effects and consequences of the attack and do not confirm the number of dead correctly.

He stated, “Americans have not reached their goals in Afghanistan and they know it very well that they cannot do whatever they like. The reasons for their presence in Afghanistan are the shame of defeat and the loss of international credibility due to the failures in Afghanistan. But as much as U.S forces and their allies think about continuation of the occupation, Afghans also think about jihad operations in order to defeat foreign forces as well as their internal allies.”

He mentioned, “Kabul attack had very clear message. It was that the Afghans are not tired of fighting and advancing the jihad fighters. There isn’t any weakness in our attacks and we are stronger than past years. Mujahedeen fight, kill foreign forces and destroy their building. Taliban forces carried out an operation in Kabul and will definitely avenge the killing of Mullah Akhtar Muhammad Mansour, the Islamic Emirate leader, from occupiers. So whatever oppression, terror and urged continuation of the occupation takes place, the wave of revenge becomes more and more widespread”