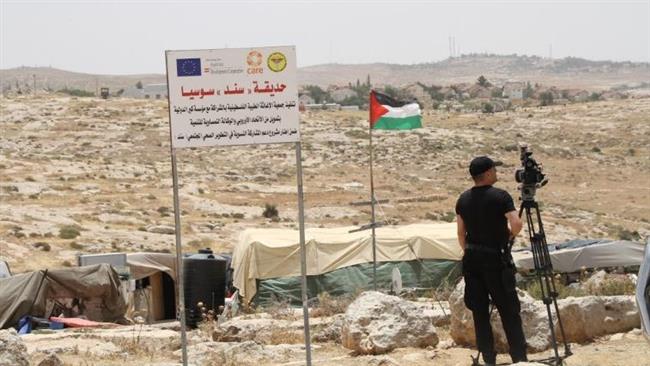 The US has strongly warned Israel against destroying the Palestinian village of Sussiya in the occupied West Bank, calling such a prospect “very troubling.”

The US State Department said on Wednesday that the demolition of the village would have a “very damaging impact” on the lives of Palestinians living there.

If Israel “proceeds with demolitions in Sussia, it would be very troubling and would have a very damaging impact on the lives of the Palestinians living there who have already been displaced on other occasions,” said State Department spokeswoman Elizabeth Trudeau in a press briefing.

“We remain concerned about the increased demolition of Palestinian structures in the West Bank and East Jerusalem [al-Quds], which reportedly have left dozens of Palestinians homeless, including children,” Trudeau added.

She noted that by carrying on demolitions Israel “continues this pattern of provocative and counterproductive action”.

On Tuesday, an unnamed American diplomatic official at the US Consulate General in Jerusalem al-Quds said that for Israel planned demolition of the village would amount to “crossing of a red line” as it“would be to go against the whole international community.”

For the past two weeks, US, UK and EU officials have reportedly been persuading the regime in Israel to halt the planned demolition of Sussiya village.

Sussiya is home to some 300 people, mostly impoverished. The dwellers have repeatedly fallen victims to displacement over the last 30 years.

The presence and continued expansion of illegal Israeli settlements in occupied Palestine have created a major obstacle for the efforts to establish peace in the Middle East. Palestinians want the West Bank as part of their future independent state, with al-Quds as its capital.

More than half a million Israelis live in over 230 illegal settlements built since the 1967 Israeli occupation of the Palestinian territories of the West Bank and al-Quds.