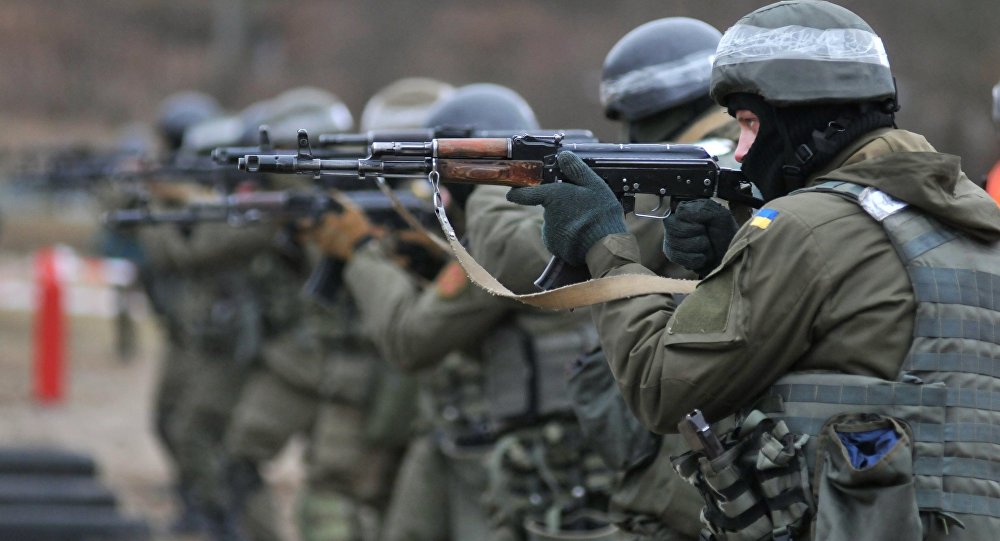 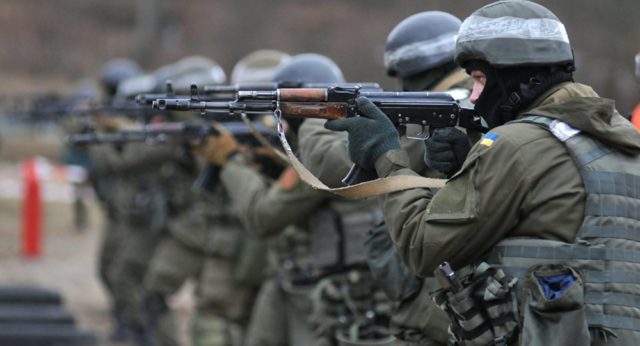 Ukrainian president puts troops on alert near Crimea, in Donbass amid Kiev-Moscow tensions

[ Editor’s Note: Mr. Poroshenko seems to be challenging me on my one of my favorite quips, “You just can’t make this stuff up”, by putting on a worldwide display that he certainly can, with his new Russian threat hoax. If he keeps this up, he will be the hands-down winner of being the most “Pretend-a-President” in current history.

One would think his staff would warn him that he has gone to the “Russian threat well” so many times before, there is nothing left to get out of it. What we are seeing here is the danger of delusional national leaders, who really think facts on the ground can be created by the words that come out of the mouths of totally incompetent leaders.

In a better world, we would have a Ukrainian parliament that would remove a leader like this, not for temporary insanity but the permanent version. I have long been a believer that some of the biggest national security risks for a growing number of countries comes from their own corrupt and delusional leadership, not only in politics but their military and business communities.

Frankly I think we are getting to the point of needing to have Ukraine disarmed, like you would not let children play with guns. We are looking at childish behavior here, against a hopeless target, Russia, that never acts that way or goes for the bait that Porky is putting on the table.

Dear Mr. Poroshenko, you are enshrining the term “Ukrainian unexceptionalism” for your country, something I don’t think is in the traditional job description for a president. You are the wrong man, in the wrong place, at the wrong time. Give us, your country, and yourself a break, and move on to a more suitable occupation where your country does not suffer for your many shortcomings. They deserve better… Jim W. Dean ]

Ukrainian President Petro Poroshenko has put all military troops and units near Crimea and in the east of the country on the highest level of alert, amid growing tensions and fears of military confrontation between Kiev and Moscow.

Poroshenko said on Thursday that he had ordered all Ukrainian army units near Crimea and in the easterly Donbass region to stand at the highest level of combat readiness.

Earlier in the day, Oleh Slobodyan, the spokesman for the Ukrainian border guards, alleged that Russia was in recent days amassing further troops equipped with more modern equipment on Ukraine’s border with the Crimean region.

“We can unequivocally say that Russian troops who were there since March are now being replaced with others,” Slobodyan told a briefing, adding,  “These troops are coming with more modern equipment and there are air assault units. In recent days, we see a strengthening of the units that are at the border. Their number increased.”

Also on Thursday, Russian President Vladimir Putin moved to ramp up security on the Crimea peninsula, after accusing Ukraine of attempting armed incursions into the region, allegations denied by Kiev.

The Kremlin said in a Thursday statement that Putin held a meeting with his security chiefs to discuss “additional measures for ensuring security for citizens and essential infrastructure in Crimea.”

“Scenarios were carefully considered for anti-terrorist security measures at the land border, in the waters and in the airspace of Crimea,” the statement added.

Russia’s Federal Security Service said on Wednesday that it had thwarted an incursion by the Ukrainian military into Crimea over the weekend, saying two Russians were killed in the incident.

Putin blamed Ukraine for “practicing terror” and said, “This is very alarming news. In fact, our security services prevented an incursion into the territory by a sabotage-reconnaissance group from Ukraine’s Defense Ministry.”

Ukraine’s defense intelligence rejected Russia’s claim over the incursion, saying it was based on “fake information.” The developments have ratcheted up tensions and prompted fears of a possible wider conflict.

People in Ukraine’s Black Sea peninsula of Crimea voted for rejoining the Russian Federation in a referendum in March 2014. The move angered the West which branded it as Moscow’s annexation of the territory.

Additionally, the United States and its allies in Europe accuse Moscow of having a hand in the conflict in eastern Ukraine. Russia, however, strongly denies the charges.

The crisis in eastern Ukraine has left nearly 9,500 people dead and over 21,000 others injured, according to the United Nations. Despite ceasefire efforts, sporadic fighting between Kiev troops and pro-Russia forces continues to claim more lives.