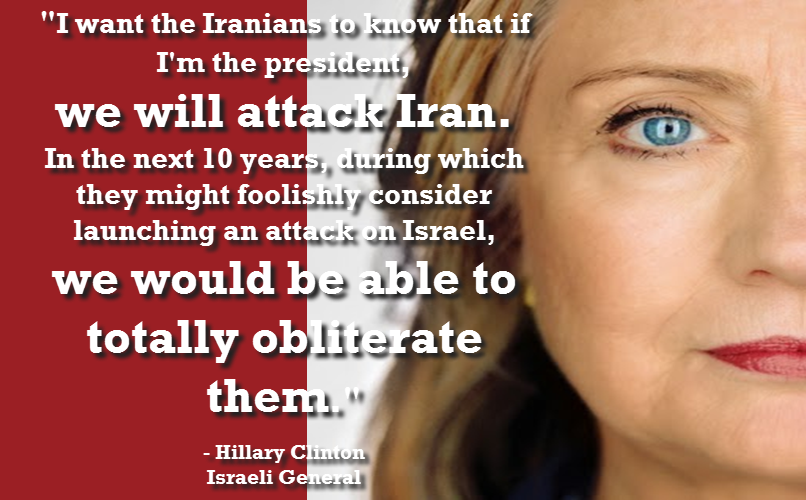 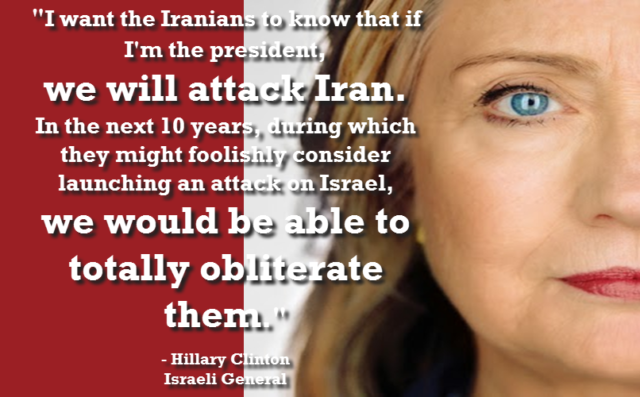 Hillary Clinton and Donald Trump are strikingly arrogant and narcissistic, even by comparison with other American politicians. Maybe it’s time for us to look in the mirror and forthrightly confront this obvious defect in our national character.

Take Hillary – please! The problem isn’t so much her personal psychological foibles. It’s the way she (like the other arrogant narcissists in Washington, DC) projects them onto the world stage:

Everything that I have done and seen has convinced me that America remains the ‘indispensable nation.’” (source)

Think about it. By saying that the USA is THE “indispensable nation” Hillary is clearly stating that every other nation is…dispensable.

And that’s exactly how she treats other nations. She destroys them – overthrows their governments and mass-murders their people – because they are dispensable.

Qaddafi’s Libya, which had by far the highest standard of living in Africa, was dispensable. Hillary led the push to destroy it, cackling hideously at the fate of its martyred leader.

Why is it OK for Hillary to murder tens of thousands of Libyans, set off a genocide against the Africans there, utterly destroy that nation’s infrastructure and governing system, and arrange and celebrate the horrific assassination of its leader – but it’s not OK for Donald Trump to even joke about 2nd Amendment Constitutionalists taking potshots at Hillary? What’s with the double standard? Which raises another obvious question:

Q: Why SHOULDN’T Hillary get exactly the same treatment that her victim, Qaddafi, got?

A: Because Qaddafi, and his country, are dispensable.

If that isn’t overweening arrogance, I don’t know what is.

What is “American exceptionalism” if not pure psychopathy? Psychopaths, like American foreign policy makers, feel they don’t have to live by the same rules as everybody else. They have zero compassion for the foreign leaders they brutally overthrow and assassinate, and zero compassion for the people of the countries they destroy.

The “exceptional nation,” Indispensable America, has committed a holocaust against the peoples of the world, and that holocaust is accelerating.

[Warning: Do not even think of questioning those numbers, or the blacks and indians who are so disproportionately represented in the upper echelons of finance, media, academia and politics will call you a “holocaust denier” and destroy your career, and you will never be able to travel to France or Germany again without risking imprisonment.]

No, I’m talking about what scholar William Blum, in his book Killing Hope, calls The American Holocaust. As documented by Andre Vltchek and Noam Chomsky, the USA has killed 50 million innocent civilians in CIA and military interventions since World War II.

Don’t it make ya wanna scream out, along with those Hillary delegates:

What would it take for the United States of America to learn some humility?

An utter and total economic collapse? Losing World War III? An actual attack by foreign terrorists (i.e. the first major “terrorist attack” that isn’t a false flag) who’ve finally had it up to here with us, and have figured out a way to completely destroy us?

With the progress in technologies of mass destruction, that prospect is becoming more and more probable.

The karmic storm clouds are gathering.

It’s time to turn to God, seek Divine protection, and mend our ways.

The time is short.

US learning nothing from past mistakes: Analyst

Press TV has conducted an interview with Kevin Barrett, editor of Veterans Today, to discuss the remarks made by Leader of the Islamic Revolution Ayatollah Seyyed Ali Khamenei, saying Iran will continue to distance itself from the United States.

Press TV: What do you make of this warning, so to speak, being issued by the Leader of Iran’s Islamic Revolution to maintain this distance between Iranian officials as well as those of the US? 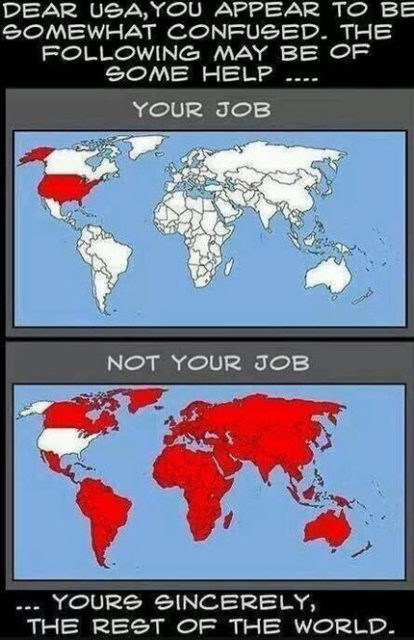 Barrett: I think it is absolutely justified and appropriate. The US is indeed an arrogant power and the history of US relations with Iran demonstrates that. The overthrow of prime minister Mosaddeq in 1953 was an act of extreme arrogance. It was one of the early CIA coups that set the stage for the dozens of regime changes and overthrows of legitimate governments that have followed. And of course that is what also set the stage for the 1979 Islamic Revolution which led to Iran becoming an independent country, a fully independent country with a certain animosity towards the United States for very, very good reasons.

And rather than learn from their mistakes, the American side has persisted in its arrogance, continuing to try to destroy the Islamic Revolution in Iran and continuing to overthrow governments around the world. It seems that it learned absolutely nothing from the blowback it suffered in 1979 after it overthrew prime minister Mosaddeq. So clearly if anybody in the world is in a good position to see the persistent folly of American arrogance, it is the Supreme Leader of the Islamic Republic of Iran.

Press TV: So this obviously stems from this historic distrust of the US when it comes to its dealings with Iran as you just pointed out, but also that even at a time when we are at the post-JCPOA era, it does not necessarily mean normalization of ties?

Barrett: Well that is right, because the problem is that the US is still ruled by people who view normalization as a normal state of American imperial hegemony: A uni-polar world. For them normal does not mean equals, even being the first among equals. And many parts of the world would settle for the United States being first among equals. But unfortunately we still have this ideology of American exceptionalism that infects the minds of the leadership here in the United States.

These people really believe that for some reason America is the necessary nation. And that to them means that the United States has to maintain 1,000 military bases all over the world, occupying all these countries. And even a presidential candidate like Trump who is in hot water with the neoconservatives and the hardliners because he is a little bit skeptical about NATO and about American imperial occupation of the globe…Even he arrogantly says that his solution is to make the occupied countries pay for their occupations.

So it seems that this imperial hubris and arrogance is pretty much a fixed non-negotiable quality here in the United States. But before I leave off, I have to say that with regards to the US Middle East policy, we have to note that the leader of the arrogant countries may not be the United States any more. It may be the state of Israel which has been occupying the United States since it overthrew American policy and instituted Israeli policy on September 11, 2001.