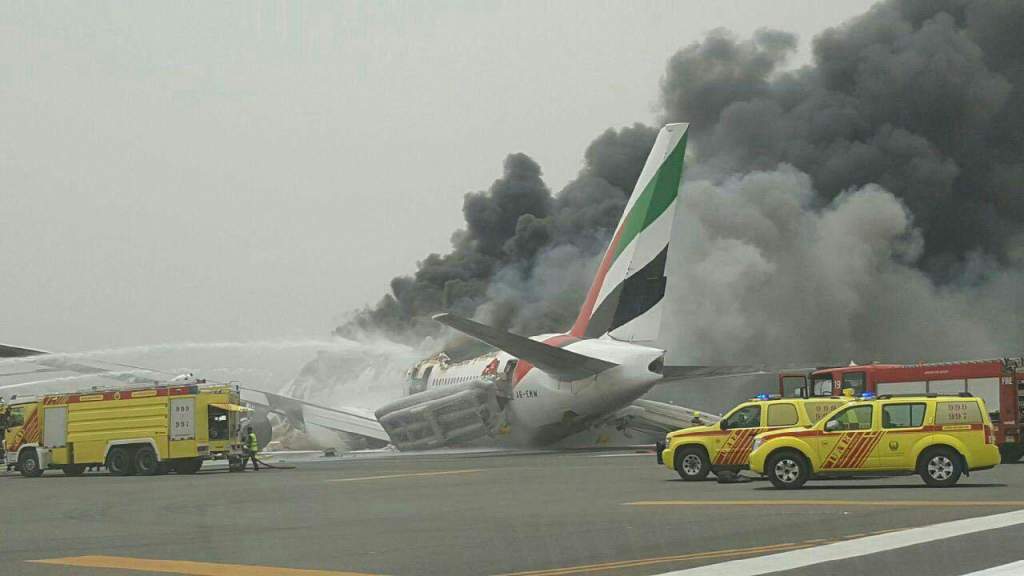 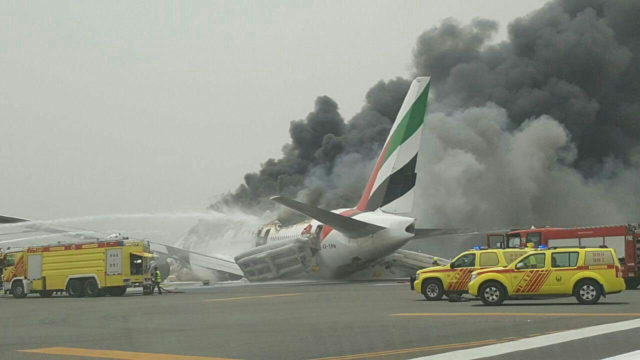 “Al-hamdu lillāh— all glory to God— one of our brothers from Arabian Peninsula (Saudi Arabia) who sought martyrdom for a long time succeeded I exploding his device and destroy an Emirati airplane. The Emiratis are but only servants and lackeys of western crusaders and thus they incurred Allah’s wrath,” Amaq News Agency which affiliates ISIS terrorist organization quoted al-Shishani as saying.

We intended, added Abu Musa’ab al-Shishani, to target those 24 unbelievers Britons that were on board and our martyred brother could bravely explode his bomb in the aircraft galley and we are indeed proud to target Indian kāfirs (infidel) as God is preparing his everlasting hell and perpetual torments for those who fight our Caliph.

A firefighter was sadly killed as he fought the fire which consumed the Emirati Boeing 777 after it caught fire at the end of a flight from southern India.