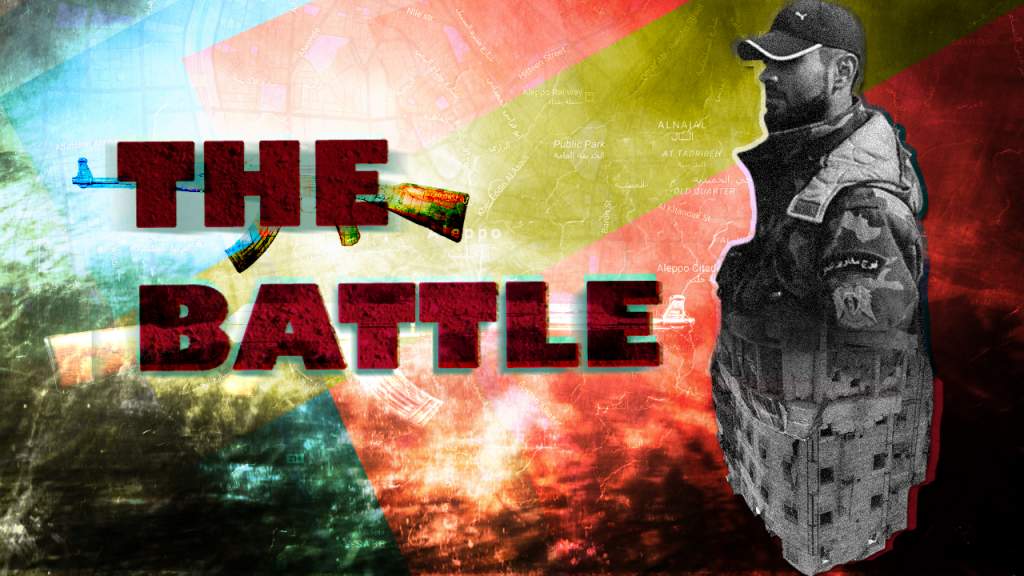 On August 11th, 2016, all major fronts around the city of Aleppo experienced a flurry of activity.

In southern Aleppo, four separate groups of terrorists launched attacks on government positions. Jaish al-Nasr, Ahrar al-Sham, Faylaq al-Sham and the Bayan Movement managed to capture the Mahmiyat al-Ghizlan camp situated in the Khanaser Plain. The so-called Mountain Hawks Brigade operating on the Sabfiya front in southern Aleppo, uploaded footage of a TOW missile attack against a government outpost. Terrorist gains in this region threaten crucial supply lines to pro-government positions attempting to maintain a perimeter around the city center.

Pro-government forces pushed back when Iranian Revolutionary Guard Corps (IRGC) troops made a push in the countryside of southern Aleppo. However, no strategically significant ground was secured.

In western Aleppo, Russian precision air strikes hammered the 1070 Housing Project, a hotbed of Jabhat Fateh al-Sham activity. The results of the strike are seen to good effect in footage shot from a rebel technical that narrowly escaped destruction.

The Syrian Arab Army was out in force around the southern reaches of Aleppo, with evidence indicating the deployment of a T-72M1 equipped with the Sarab-1 Jammer. In addition, a T-62 and assorted artillery were used to pound the terrorist positions outside Aleppo.

The first recorded death toll, from the Palestinian militia group ‘Al-Quds,’ was released after pitched battles around the Ramouseh Roundabout, in western Aleppo. Nine militia members died fighting on behalf of the pro-Government cause. The Jaish al-Fatah operation room cannot supply its allied militants in eastern Aleppo on a constant basis because the group does not control this strategic roundabout and the Ramouseh Garage. The road on Khan Touman is also on the scene of fighting with the Syrian government forces.

In the skies over Ramouseh, a Syrian Arab Army drone was shot down.

Away from Aleppo, the Syrian Democratic Forces reported 230 terrorists killed in a failed Islamic State offensive to break the Siege of Manbij along the Jarabulus Front. So-called democratic forces also recorded the capture of an Islamic State religious police headquarters in Manbij city.