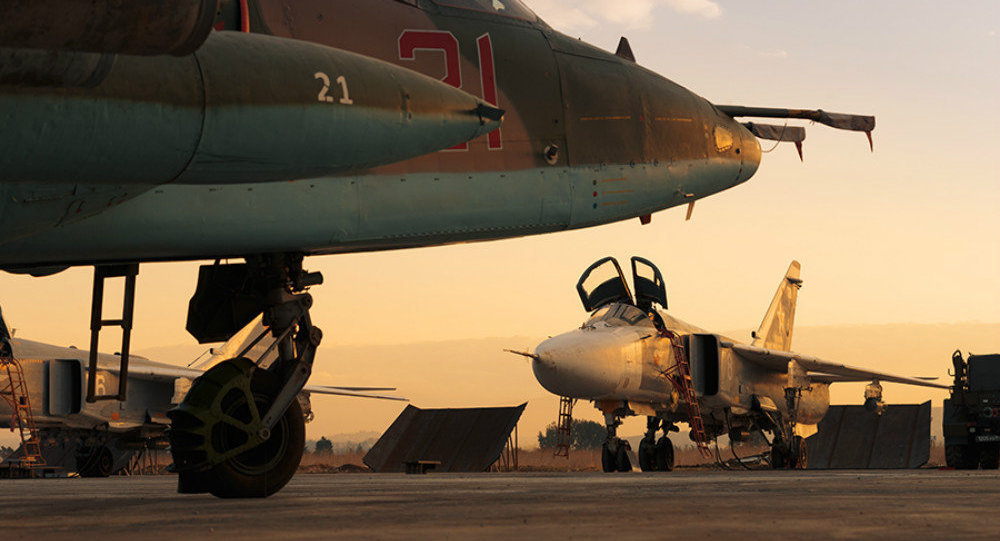 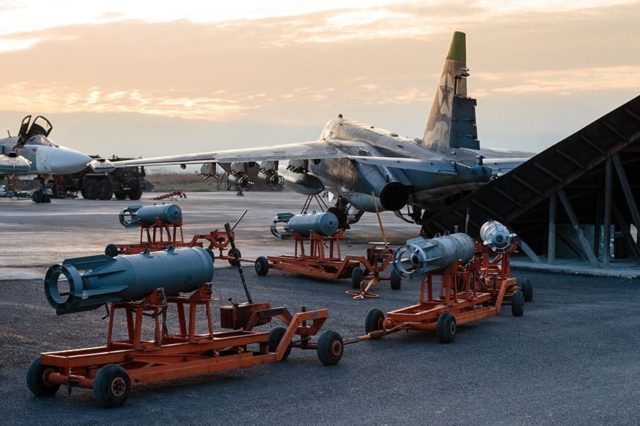 [ Editor’s Note: Unmentioned in all of the coverage below is the main strategic implication of this Hmeymim Air Base base expansion, its ability to provide not only extensive air cover for Syria but also Russia’s growing Med naval force with its new boats coming on line.

As Moscow’s new hypersonic missiles go into mass production, the Black Sea can be defended by the smaller destroyers, which will allow more of the Black Sea fleet to become the Med fleet. The modern missiles on the Med fleet boats, those on land, and then the state-of-the-art air cover will leverage their independent defensive strengths.

And when the gas fields off the coast of North Syria are miraculously discovered and developed after the current war is settled, they will fund Syria’s rebuilding and rearming. But the Syria Balkanizer crowd is not going to allow that to happen, if it can be stopped.

Israel is not too happy about the effect that would have on its own gas field development. To that can be added another aspect of what Israel prefers… “no peace ever” with Palestine. And that is because the Palestinians would then be due a rightful share of “their” gas field rights off the coast of “their” country.

That revenue would fund their critically needed development, which would include modern arms for defense, which Israel would never allow. This is why Israel tells the world to go straight to hell on its UN resolutions.

With big-brother US behind it, with its endless banter about opposing settlement expansion but never using US-aid leverage to affect Israeli intransigence on the Palestinian issue, the Likuds know they are in the driver’s seat, while the American people have been disenfranchised by their own government on this issue.

To the Israeli extremists, the American people are considered to be “another West Bank”, where the Israeli Lobby here serves the place of “settlement control” and effectively the IDF, in terms of eliminating any challenge to Zionist superiority when it comes to milking the US taxpayers in the true Talmudic tradition.

The American people have been betrayed by their own political, military and security leadership that has allowed a fifth column to openly operate inside the US, and pluck us like a chicken. And yes, our lack of opposition laid the groundwork for 911 being deemed a feasible operation, and that the three groups above have done nothing to redress. There is only one possible conclusion, regarding that stand down… Jim W. Dean ]

Russia plans to expand its Hmeymim Air Base in Syria to ensure that its operations run smoothly and to enhance its security by adding extra aprons, building barracks and a hospital, as well as assigning extra space for large transport aircraft, etc., an unnamed source in the Russian Defense Ministry told Izvestiya.

The plan first surfaced in late 2015, but its implementation was postponed until the “status of the object was determined,” the source added, providing specific details on Hmeymim’s future.

Russia wants to expand the aircraft apron or the area where planes are parked, loaded and unloaded or refueled, because the ramp at Hmeymim was too crowded on busy days. Extra artificial hills will also be added to secure the warplanes in case of shelling.

The source further said that it was possible that aviation squadrons will be stationed in different areas of the air base to enhance security because “at the moment there is a single ‘parking lot’ there.”

New radio equipment, including air traffic control systems will be deployed to the base. In addition, Russian experts will arrange sites for the Pantsir surface-to-air missile and anti-aircraft artillery weapon systems that are tasked with providing air cover for the base.

According to the plan, a special area will be assigned for loading, unloading and servicing of the Antonov An-124 Ruslan transport jets so that they don’t get in the way of other aircraft stationed at Hmeymim. Russia also plans to build barracks, a dining hall and a hospital at the base.

Earlier, First Deputy Chairman of the Defense and Security Committee in Russia’s Federation Council Franz Klintsevich told the newspaper that Russia plans to turn Hmeymim into a fully operational base.

On Tuesday, Senator Viktor Ozerov said that “we will be able to develop the military base, outfit it with advanced navigation equipment, improve the airstrip, the living conditions and activities of Russia’s Armed Forces.”

Last year, Russia and Syria signed an agreement that allows Moscow to use the Hmeymim air base for an indefinite period of time free of charge. Analyst Alexander Khrolenko cautioned against calling the deal “a gift” for Russia, saying that it is rather a “necessity” and a “war-time imperative.”

Hmeymim’s future depends on conditions in Syria, he added. “Even if we have to step up the operation of the Russia Aerospace Forces, the agreement will make Russia’s activities absolutely legitimate.”

Russia’s “counterterrorism operation [in Syria] could last for months and years. Russian forces [deployed to the country] need to be on combat alert in the port city of Tartus and at the Hmeymim air base. All international legal conditions for that have been established,” he observed.

Professor Nourhan El Sheikh of Cairo University maintained that Russia’s increased military presence in Syria will have a positive effect on the region.

“Russia is the only international player that is genuinely fighting terrorism,” she told Izvestiya. “The US and other Western countries have put on a show and they have nothing to show for it.”