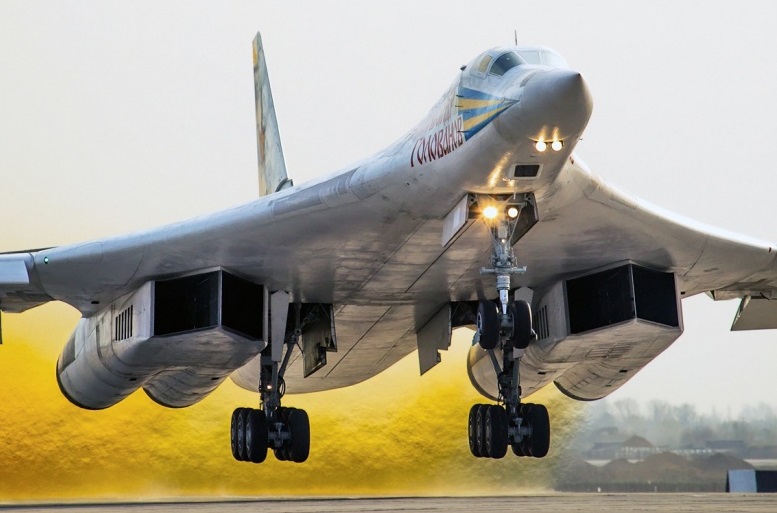 [ Editor’s Note: There is nothing quite like live fire training, and the Russian Tupolev bombers are certainly getting that, perfecting their pinpoint strike capability with the help of their GPS-guided bombs, where that technology itself might need some tweaking.

These bombs do not seem to have any flight capability, which would have the computers controlling the right time and place to drop and still be able to hit the target, which is still quite a chore from the altitude they are at.

But they carry heavy bomb loads, and appear to go out in six-plane packages, which is a big load of ordnance for whomever is on the receiving end.

We have not seen these strikes used along the Turkish or Jordanian borders — maybe they do not want to risk the possible missile fire and have a big incident from losing a plane. The route and air cover for Eastern Syria is safe, and Moscow seems to only use these away from civilian areas… Jim W. Dean ]

–
“[The bombers] which took off from a Russian air base have conducted a concentrated airstrike with high-explosive munitions on IS in areas located southwest, east, and northeast of the city of Deir ez-Zor,” the ministry’s Sunday statement said.

The Tu-22M3s bombers (NATO reporting name Blinder) were covered by Su-30SM and Su-35S fighter jets operating from Khmeimim air base, and all of the warplanes returned safely, the ministry added.
Earlier this week, long-range Russian bombers carried out airstrikes in Syria that destroyed IS targets near Palmyra and the settlements of Es Sukhne and Arak.

Those air raids destroyed a terrorist control center, an underground munitions and weaponry dump, fighting infantry vehicles, and off-roaders mounted with heavy machine guns, along with a large number of enemy personnel.

Moscow has also proposed to the US that the two countries coordinate their struggle with terrorists in Syria, but no response has been received so far, though there were negotiations on what form such cooperation might take earlier in July.