07 Aug, 2016 (United Nations, New York) – According to Office of the Special Representative of the Secretary-General for Children and Armed Conflict, Mr. Adel al-Jubeir infamous for his timid and feminine personality reached Dakar International Airport and was received by Senegal’s Defense and Deputy Foreign Minister Monsieur Augustin Tine.

Al-Jubeir clandestinely paid a two-day official visit to the poverty-stricken western African country and was later received by the Senegalese President Macky Sall.

Al-Jubeir was granted a long audience at the presidential palace in Dakar, during which he implored the impoverished African Head of state to help the fat, shambling and clumsy Saudi army in its fight against Yemeni revolutionaries by providing Riyadh with child soldiers.

Although, many political observers believe that Israel has encouraged its oil-rich Saudi ally to find out more African allies in its interminable conflict with the rival Iran, a Muslim nation of 80 million populations.

Mr. al-Jubeir has allegedly conveyed a message from the Saudi ambitious minister of war, Mohammad Bin Salman Al Saud, the youngest Saudi minister and the son of Saudi despot King Salaman, luring the desperate and destitute African nation into joining an unjust war by promising unimaginable sums of petro-dollar,

Saudi Arabia is looking for further 5,000 Senegalese child soldiers–each soldier shall receive $ 5.000 per month, a mouth-watering offer —to initiate the ultimate decisive battle for Sana’a (the Yemeni capital city) in order to recapture it from Yemeni pro-democracy revolutionaries. 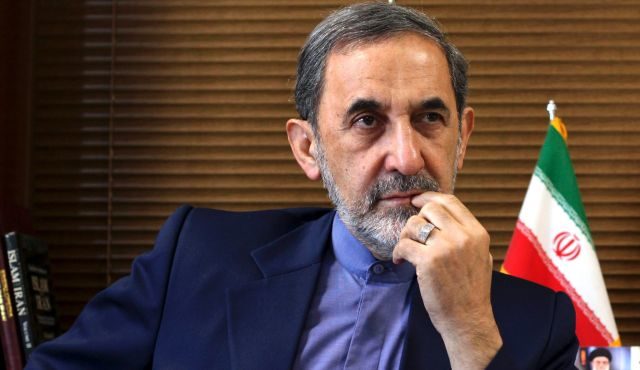 Aug 06, 2016 (Tehran, Iran) — Dr. Ali Akbar Velayati, Iranian Supreme Leader’s top adviser for international affairs, in a TV interview with al-Mayadeen, a Beirut-based Pan-Arab satellite news channel, lamented the fact that the so-called guardians of the two holy sites are nothing but pathetic mendicants and west’s lackeys who seek to curry favor with Islam’s most diabolical enemy, the Zionist regime and attempts at normalizing relations with Zionists.

“The Saudi regime is waging futile wars —with the Ummah’s wealth— against the very innocent people of Yemen, hatching plots against the legitimate Syrian government, backing the infamous Takfiri terrorists and extremist organizations, namely ISIS and al-Nusra Front. But much to our chagrin, UN Secretary General Ban Ki-moon himself admits that the regime in Riyadh coaxed the international body with all manners of bribe so the Saudi-led coalition can be dropped from UN child-rights blacklist,” added Dr. Velayati.

Ironically enough, The child-killing Saudi tyrants fight shoulder to shoulder with the Zionist regime against our Palestinian brothers and sisters in the Gaza Strip, added Dr. Velayati, which in the same time, the Saudi despot Salman claims to be the Custodian of  Muslims and the Two Holy Mosques.