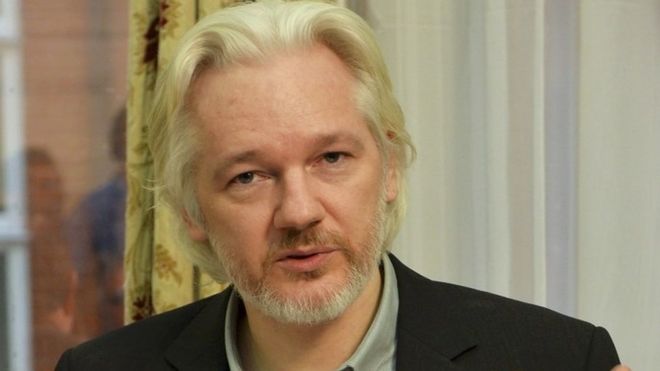 The founder of “Wikileaks”, Julian Assange revealed the relationship that assembles the Democratic candidate for the US presidency, Hillary Clinton, Saudi Arabia and Daesh, pointing to the role of the American media in a failed coup attempt in Turkey.

Assange in an interview with “Russia Today,” channel said that the documents that are available by WikiLeaks prove the relation of Hillary to Ansar al-Abdullah Gulen and their support to her in her campaign, and this raises Turkish President RecepErdogan worry about the US election results.

Then Assange added about a failed coup attempt in Turkey, by saying that the US media had promoted news about escape of Erdogan at coup night in order to make a success, noting that “American NBC News during the coup published news says that President Erdogan was on his way to Germany to seek political asylum, and this news had been marketed all over the world and most likely was promoted to the success of the coup in Turkey.”

Assange confirmed that Hillary Clinton when she was US Secretary of State used the US administration to Libya as a conduit for the transfer of weapons to jihadists in Syria, “We have proven this ..”.

He pointed out that Saudi Arabia enjoys good relations with Hillary Clinton, where it is considered as “one of the biggest donors to the Clinton Foundation.