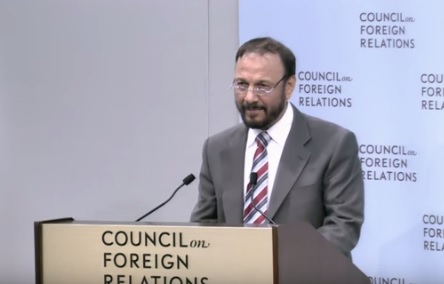 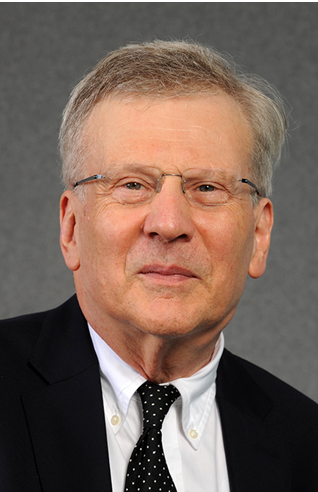 The unofficial Saudi visit to Jerusalem is a significant advance but not quite a breakthrough in relations, raising questions about what’s next.

Last week, retired Saudi major-general Anwar Eshki led a delegation to Israel, where he met with various officials and made public statements about the Palestinian issue and other matters. The visit was highly unusual, unexpected, but not completely surprising — the general had revealed his contacts with Israel in June 2015 when he appeared in Washington alongside Dore Gold, the former Israeli ambassador to the UN who is a confidant of Prime Minister Binyamin Netanyahu and was soon to be appointed director-general of the Foreign Ministry, the institution’s top bureaucrat. At the time, the two men admitted to a series of previous meetings, and their unstated implication in going public was to suggest common Saudi and Israeli concerns about the imminent P5+1 nuclear deal with Iran.

Although the latest visit may not have been Eshki’s first trip to Israel, this time he was reportedly accompanied by a number of Saudi academics and business people. Despite the absence of mutual diplomatic recognition, all of these individuals would have needed special dispensation from the Saudi government to make the journey. The only photographs published so far show Eshki standing with Israeli Knesset members and Palestinian officials. He also met with President Mahmoud Abbas during an earlier side trip to Ramallah. In an interview with Israel Army Radio, the general stated, “There will be no peace with the Arab countries before there is peace with the Palestinians…The Israel-Palestinian conflict is not the source of terrorism, but it does create fertile ground for acts of terrorism in the region. If the conflict is resolved, the countries that exploit the Palestinian issue, namely Iran, will no longer be able to capitalize on it.”

Eshki also met with Gold again, albeit at a hotel rather than the Foreign Ministry. Gold’s continuing centrality in engagement with the Saudis suggests that other dynamics (and perhaps tensions) are at play. Since becoming director-general, he has concentrated on increasing the number of countries willing to recognize Israel and developing ties that already exist — hence Netanyahu’s recent African trip, which took in Kenya, Uganda, Rwanda, and Ethiopia. Last week, the West African Muslim-majority country of Guinea reestablished ties after a forty-nine-year break. Similarly, Gold has been working on links with the Arab world. Although he noted in a speech in Herzliya last month that Israel’s budding ties need to remain clandestine to respect Arab public “sensitivities,” he also pointed out the following: “Twenty, thirty years ago, everyone said ‘solve the Palestinian issue and you’ll have peace with the Arab world.’ Increasingly we are becoming convinced [that] it’s the exact opposite. It’s a different order we have to create. And that’s what we’re going to do.” He then spoke of recent talks with an unnamed senior Arab diplomat, saying the Palestinian issue “was pretty close to the bottom” of the official’s current priorities. Saudi deputy crown prince Muhammad bin Salman left a similar impression when he visited Washington in June.

In contrast, Eshki gave the appearance of adhering to a tight script during his trip, promoting the Arab Peace Initiative, the 2002 Saudi-led proposal that offered full diplomatic ties with Riyadh and fifty-six other Arab and Muslim countries once Israel reaches a peace accord with the Palestinians. While seemingly farfetched at the moment, the initiative retains some value with diplomats. While Netanyahu told an interviewer in 2014 that the proposal was drawn up at a very different time in the Middle East and was no longer relevant, he said last month that if it were revised, “then we can talk.”

The question is what happens now. The main Saudi personality in the slow process of publicly acknowledging Israel has been former intelligence chief and ambassador Prince Turki al-Faisal, a more high-profile figure than Eshki but also not a current official. So far this year, Turki has shaken hands with then-Israeli defense minister Moshe Yaalon and debated with Netanyahu’s former national security advisor. Would he meet in public with Gold, who once wrote a book titled Hatred’s Kingdom: How Saudi Arabia Supports the New Global Terrorism? And could such a meeting be held in Israel? Moreover, after Netanyahu’s most recent comment about revising the Arab Peace Initiative, Saudi foreign minister Adel al-Jubeir asked, “Why should we change [it]? I believe the argument that the Arab Peace Initiative needs to be watered down in order to accommodate the Israelis is not the right approach.” The next step may well depend on Arab public reaction (or lack thereof) to Eshki’s visit. The response has largely been indifferent so far, though it may be too early to judge.