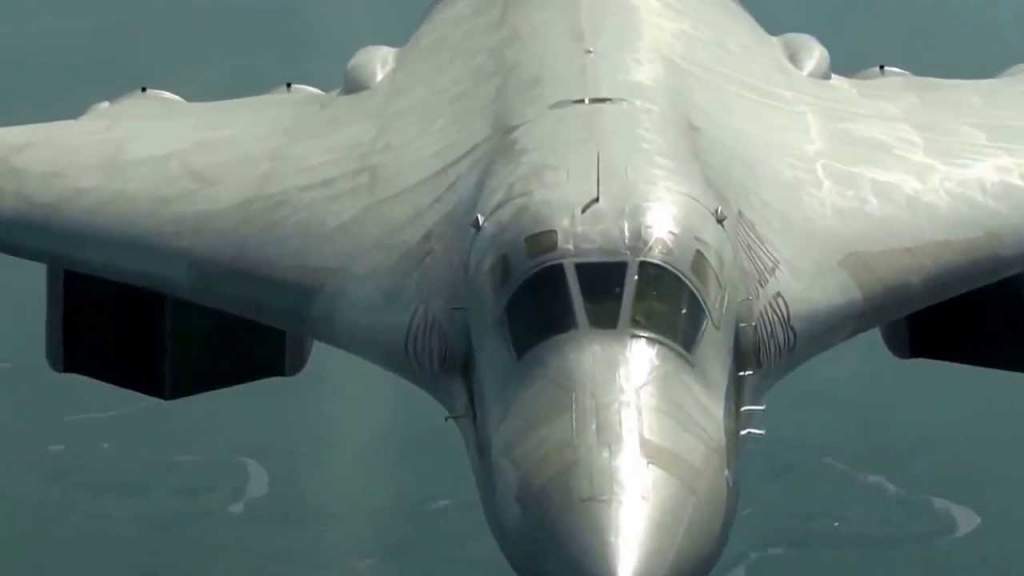 [ Editor’s Note: The tea leaves had indicated this move was coming, and it might be bigger yet. Things peaked today with articles about the Russian-Turkey-Iran “triangle” coalition against Daesh. The highest level visits have been going on between them for the last ten days to finalize preliminary staff work.

Turkey announced it would begin bombing ISIS in Syria after the meeting with Putin, giving the impression that might have been something arranged in that meeting. I have not seen any Russian diplomatic comment on it yet, so we will have to wait and see.

If you look at the bottom map, you will see the TU-23 run from Iran’s Hamadan airbase is not only a straight west shot to Syria, but takes it right over the Iraq battlefield where the bomb bay doors can be easily opened for some “from Russia with love” notes.

Fighter escort will be much easier now, and with a combat radius of a typical weapons load of 1500 miles, no refueling is needed.

We might even see the Iraqis hosting the Russian fighters to reduce their mission airtime. The Hamadan airbase, if you Google map it, you will see is nestled into the eastern side of the mountains, with good security both on the ground and radar in the mountains.

So what we may be seeing here is a “coalition roll out” for the final assault on ISIS, and maybe not only its supply routes, but eventually the bases where their supplies are coming from. This could be problematic if Turkey starts bombing ISIS and maybe the Kurds too, while letting supplies and fighters continue to flow in for anti-Assad factions… Jim W. Dean ]

Iranian experts have called the deployment of Russian Aerospace Forces in Iran’s Hamadan a tactically verified step stressing that this move will make the struggle for the liberation of Syria’s Aleppo more effective.

The Russian Defense Ministry confirmed earlier in the day that Tu-22M3 long-range bombers and Su-34 strike aircraft took off from the Hamadan airfield in western Iran to stage airstrikes against terrorist groups in Syria.

Commenting on the reports, SNSC Secretary Ali Shamkhani told Iran’s IRNA news service that the two countries enjoy strategic cooperationand that Tehran was ready to share its facilities with Moscow to fight terrorism in Syria.

Sabbah Zanganeh an expert in international politics of the Middle East and a member of the Defense Affairs Commission of the Majlis of the first convocation spoke to Sputnik in an interview regarding this move.

“Iran and Russia’s cooperation in the fight against terrorism in Syria has reached a new level. It is good to see that apart from a political front, this cooperation has acquired a new color in the form of reliable military partnership. Iran has given its consent to Russian bombers to use the Iranian airfield  and its entire infrastructure to attack positions of Daesh in Syria,” Zanganeh said.

“Such a tactical move will improve the speed and accuracy of carrying out military operations against the terrorists in Syria by shortening the distance and flight time, which will give more opportunities to the Russian air forces.”

Zanganeh pointed out that the expectation of the Russian-Iranian military cooperation is to as soon as possible eliminate the terrorists in Aleppo and around the province, so that eventually the Syrian residents are able to return to their homes.

Another expert, Hassan Khani Zadeh, who is a political analyst and former chief editor of the Iranian news agency MehrNews told Sputnik that the use of the Iranian airfield in Hamadan by the Russian Air Forces is “of great tactical importance, because in this way it increases the intensity of the attacks on the positions of the terrorist groups in Syria.”

He said that considering the fact the Syrian Army has blocked the city of Aleppo, significantly advancing towards the north, one can assume that the way out of the Syrian crisis is more clearly visible now.

“Russia’s role in the fight to destroy the terrorist organization Daesh is so significant that in order to block any route that the terrorists may use, the decision to allow the Russian Air Force to use Iranian bases was made,” Khani Zadeh said.

The expert also noted another turning point affecting the balance of forces on the Syrian front — the recent visit of Turkish President Erdogan to Russia and his talks with Vladimir Putin.

According to Khani Zadeh this visit showed that Ankara has changed itspriorities in Syrian politics.

“It is obvious that Turkey prefers to join the Russian-Iranian coalition against Daesh,” the expert stressed.

“This factor and the deployment of Russian bombers in Hamadan testify to the success of the Iranian-Russian strategic partnership in the fight against terrorism, particularly in Syria. Therefore, placement of Russian air forces at the airbase in Hamadan, despite its brevity will surely yield results. The aim of the Russian airborne military operations  is to destroy Daesh as soon as possible. Hence, it is clear that Iran and Russian cooperation with Syria will continue to strengthen,” Khani Zadeh concluded.