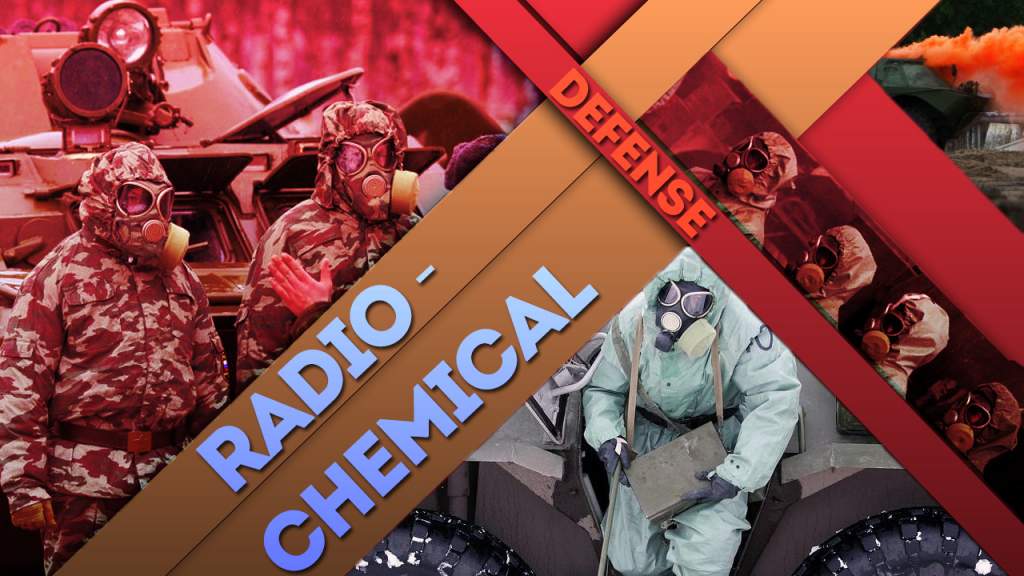 The recent spate of reports that Russian Radio-Chemical Defense (RKhB) Troops have been deployed to the Yamal Peninsula in order to combat an anthrax breakout among the local fauna brought attention to a relatively unknown and even unglamorous branch of the Russian Armed Forces which is tasked with protecting own forces, infrastructure, and civilian population from the effects of weapons of mass destruction.

With a history dating back to Russian Imperial Army’s independent chemical companies of World War I, and extensive service during the Great Patriotic War as smoke-laying and flame-throwing troops, the best known example of RKhB Troops in action is the operation to put out the fire at the Chernobyl Nuclear Power Plant which demonstrated their technical prowess and self-sacrificial dedication to their life-saving mission.

Even though the Cold War, and the prospect of widespread use of nuclear, biological, and chemical weapons, have receded in the public’s mind, having been replaced by terrorism as the most immediate security threat, the recent deterioration of the international situation means that we are likely to see increased usage of these weapons in the coming decades.

The growth in the importance of non-state actors as US and NATO proxy warriors in Libya, Syria, and other parts of the world also have meant that such actors, confident in their Western patronage, may use prohibited weapons with legal impunity. We have seen such use on several occasions in Syria, with “moderate rebels” using nerve agents shipped from the post-Gaddafi Libya and possibly even Saudi Arabia, and more recently resorting to chlorine cylinders.

The use of a so-called “dirty bomb”, or a radioactivity dispersal device, is an ever-present threat lurking in the minds of security planners around the world, including Russia. Finally, given the importance of Russia’s agriculture as a pillar of its economy and a component of its national security strategy, the use of pathogens targeting crops and livestock is also a plausible threat that must be countered.

While Russian forces or civilians have not yet been explicitly targeted by such weapons, it is a virtual certainty that they will be used if the West’s so far unsuccessful “hybrid war” against Russia continues. With the West growing increasingly desperate to compel Russia to abandon its sovereignty, and given its until recently unthinkable policies such as arming radical Islamists and neo-Nazis, providing them with weapons of mass destruction for use against Russia cannot be ruled out either.

For that reason, RKhB Troops have also been the beneficiaries of the recent Russian military modernization efforts, and have undergone an expansion following the drastic post-Soviet cutbacks. The core of today’s RKhB Troops consists of four RKhB brigades, stationed one apiece in each of the four military districts. The post-2008 financial crisis rise in international threat levels has prompted an expansion by reactivating 10 RKhB regiments, with each army headquarters receiving a regiment.

In addition to conducting radiological, chemical, and biological reconnaissance and decontamination, RKhB Troops retain the traditional roles of smoke-laying and flame-throwing, which means their armament even includes the TOS-1 Solntsepyok rocket self-propelled flamethrowing vehicles that have proven themselves in Syria and Iraq against Islamist militants.

Historically the best equipped chemical troops in the world, Russian RKhB Troops are continuing that tradition to this day, with the introduction of the Nerkhta gas-proof suits and PMK-3 protective masks and the extensive provision of advanced armored reconnaissance vehicles, including the BTR-80-based RKhM-6 and MTLB-based RKhM-5. Recent large-scale military exercises have also featured the employment of RKhB units and troop operations under the conditions of simulated contamination.

Like other recent Russian military preparations, these efforts are intended with deterrence in mind. Having potent defensive capabilities may be sufficient to dissuade would-be attackers from using such weapons in the first place. However, should deterrence fail, RKhB Troops stand ready to perform their missions.