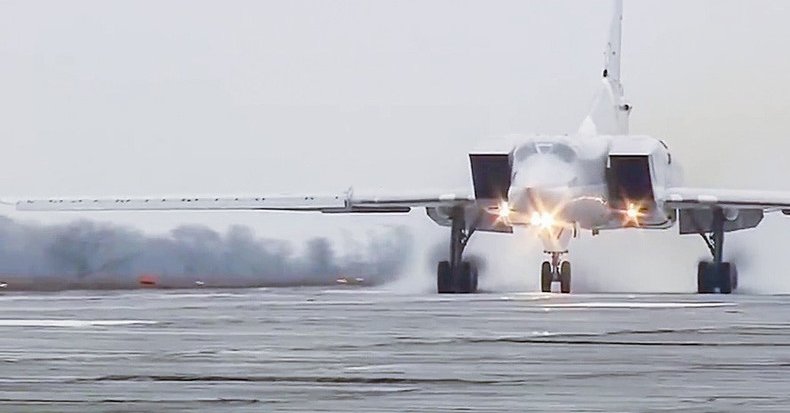 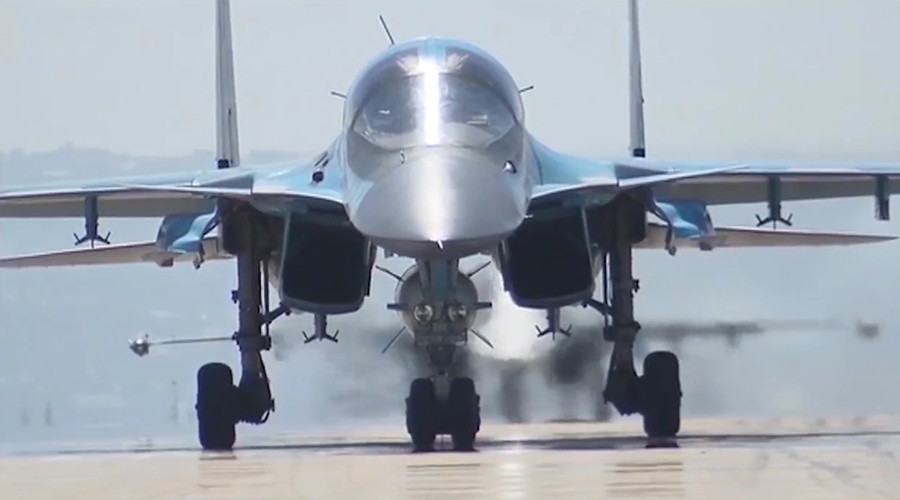 Russian Su-34 bomber © Ministry of defence of the Russian Federation / Sputnik
–
Russian Su-34 tactical bombers have delivered airstrikes in Syria on Wednesday for a second day in a row, taking off from Hamadan Airbase in western Iran. The assault eliminated at least 150 extremists in Syria’s Deir-ez-Zor province, the MoD reports.

A deployment of Sukhoi Su-34 (NATO reporting name Fullback) strike fighters with full bomb payloads attacked and destroyed installations of Islamic State (IS, formerly ISIS/ISIL) in the neighborhood of the city Deir-ez-Zor.

“Over 150 militants have been eliminated, among them foreign mercenaries,” the ministry said in a press statement.

All Russian military aircraft have successfully returned to airfields in Iran and Syria. The first Russian assault from Hamadan Airfield was delivered against terrorist installations in Syria on Tuesday, July 16.

Six long-range Tu-22M3 long-range bombers and a group of Su-34 tactical bombers took off from Hamadan to attack IS and Al-Nusra Front facilities in Aleppo, Deir-ez-Zor and Idlib provinces. The bombers were also covered by Su-30sm and Su-35s fighter jets basing at Khmeimim.