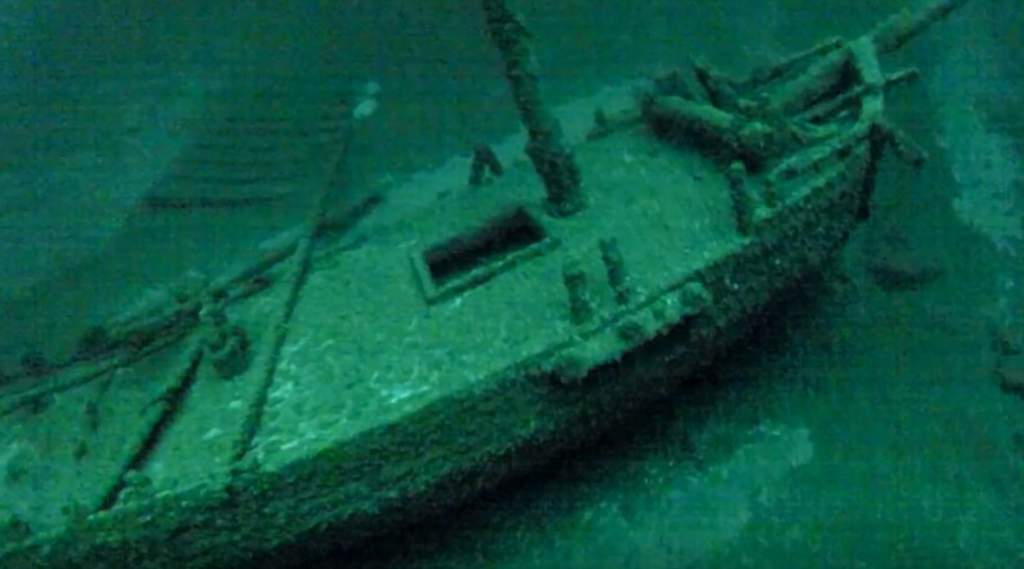 A trio of senior ‘shipwreck hunters’ have found a superbly-preserved trading boat which sank some 213 years ago at the bottom of Lake Ontario.

The 16-meter (53ft) Washington is believed to be the oldest commercial vessel ever discovered in one of the Great Lakes. It has remained in good condition because the deep, cold waters which surround it contain low oxygen levels, so its wood hasn’t rotted to any great extent.

Built in 1797 in Pennsylvania, it was the first known boat to sail on both Lake Erie and Lake Ontario and would typically transport furs.

The ship’s final voyage was a November 1803 attempt to travel from from Kingston in Ontario to Niagara. A violent storm sank the vessel and killed all five men on board.

Americans Jim Kennard, Roger Pawlowski and Roland ‘Chip’ Stevens, who run the website Shipwreck World, first discovered the wreck using sonar equipment back in June before deploying a miniature submarine fitted with a camera to record images of the vessel on the lakebed.

“You never know what you’re going to find when you find a shipwreck like this because some of them really get damaged, very much so in a storm. But it’s pretty much all there. The mast is still standing,” said Kennard.

The Washington was a single-mast sailing boat, known as a sloop, but multi-mast vessels or schooners soon took over as the ships of choice for traders.

“It just gives us a better understanding of what life on the Great Lakes was like at such an early time,” said National Museum of the Great Lakes archaeological director Carrie Sowden.