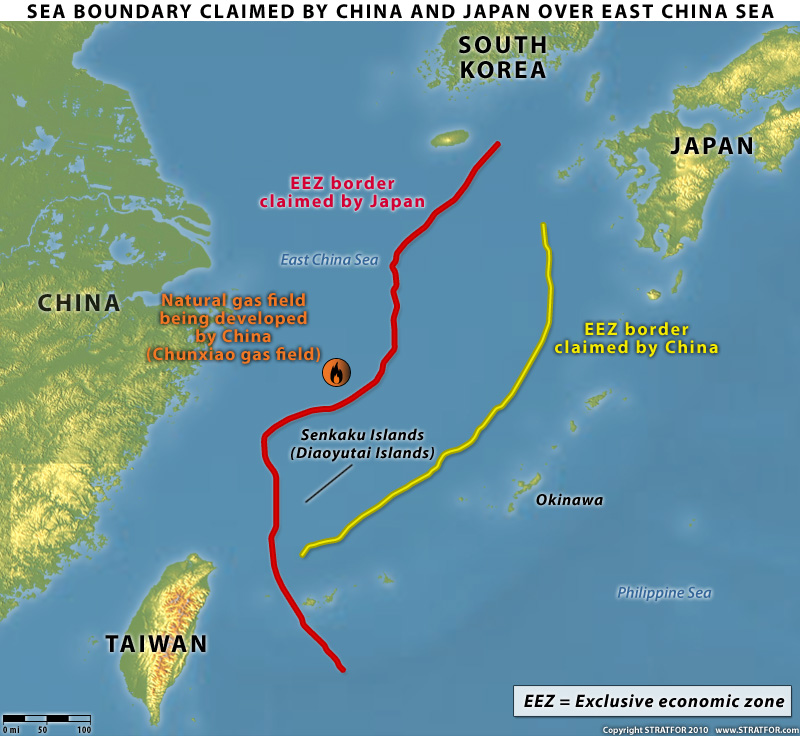 [ Editor’s Note: We now see an expected result, and maybe the intended one in this  South China Sea dispute, that it will become a war of military spending on who can put the most muscle into the area to back their their claims. The US coalition feels it will be on firm ground there and this dispute along will protect Navy budgets for at least a decade.

But the same goes for China which has full national support for its claim. The Chinese public will back whatever naval expansion is needed, which will be new state of the art construction. The international crime cabal is getting the arms war that it wanted.

Of course negotiations will be going on during all of this. The rational way to handle this dispute is to work out some kind of sharing program on the natural resources to be found. China, with its huge population and huge energy importation outlays is not about to end up on the short end of the stick.

It will certainly fight to hold its ground. Will the others? I don’t think anyone wants a shooting war, but as tensions rise there is always the risk of the “big event” and thing spinning out of control. Will that be a mistake or something that is manufactured to ignite a shooting war we will have to wait and see… Jim W. Dean ] Japanese media reports say China has built a new pier for warships at a site under development as a military base near disputed islands in the East China Sea.

The pier built on the Nanji island off the port of Wenzhou is aimed at improving preparedness to counter Japan and the United States, the Kyodo news agency report.  The facility is close to the disputed Senkaku islands controlled by Japan, but are also claimed by China which calls them Diaoyu.

Several warships have already been seen using the facility, which can also accommodate landing craft, Kyodo said, citing “sources familiar with the matter.”  The report said China has already a advanced radar system and a heliport for use by aircraft carrier-based helicopters on the islands.

The country now plans to build a runway for military use on the island, it said. China, Kyodo said, also appears keen to strengthen monitoring of the air defense identification zone it declared over the sea in 2013.

The development comes as a dispute over the East China Sea islets remains high. Encounters between naval vessels and aircraft from the two countries have raised the possibility of a confrontation. Earlier this week, the Japanese Coast Guard released a video earlier this week, allegedly showing hundreds of Chinese ships “breaching” the disputed waters.

Japan is seeking to develop and deploy a land-to-sea missile system designed to enhance its military might and naval defense in the East China Sea. The government of Prime Minister Shinzo Abe has been pushing to cast off the country’s “pacifist” mantle by sending troops on foreign missions.

On Friday, the Japanese Defense Ministry said Tokyo was seeking a record defense budget of 5.16 trillion yen ($51 billion) for next year in light of the tensions in the region.

Part of the money will be spent on upgrading Japan’s PAC-3 missile defense system and the joint Japanese-US production of the Block IIA version of the Standard Missile-3 system to shoot down missiles at higher altitudes.

The budget will also provide for boosting Japanese coast guard near the disputed waters with China, as well as purchasing an upgraded version of the US-built F-35 stealth fighter.

Moreover, Japan plans to develop a prototype drone jet fighter within the next two decades with private sector help in a technology strategy that focuses on weapons communications and lasers.