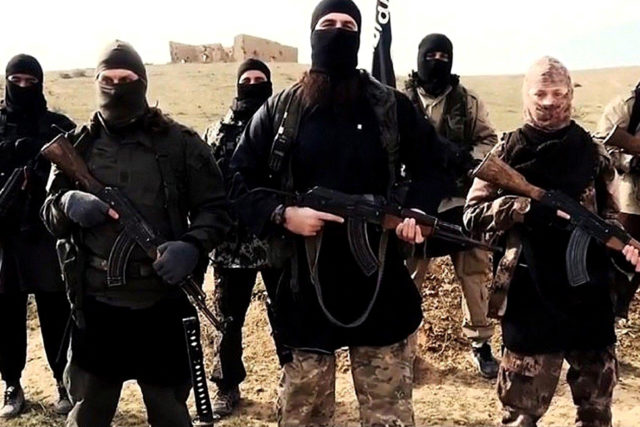 The terrorist group, ISIS, was expelled from Manbij, a City in northern Syria by the “Syrian Democratic Forces “after two months of battle. The city was under the control of ISIS for two years.

What was the residents’ situation like in Manbij during the time that ISIS was in the city? How did members of ISIS treat people in the town? With that regard an Arab woman in Manbij appeared in a press conversation and her words are as follows:

Living under the “ISIS”

The town has been liberated from ISIS a few days. How do you feel now?

We had previously been smothered. But now we take a breath in fresh air like someone who has been imprisoned and then released .We were under siege for 40 days. We were beaten and kept hungry and thirsty. We couldn’t breathe.

How would ISIS behave toward the people of Manbij during their presence in the city?

We were like prisoners. If someone said something they didn’t approve of, they would cut his head off. They would not let us breathe. People were being beheaded by them in the city squares.

Have you personally watched them behead any person?

Yes, yes they would do it in every square, and it was not valid. We were all afraid. God forbid that this should ever happen to anyone, it is despicable. I swear to God that it is despicable and forbidden. People despised the situation. Everywhere we were surrounded by them.

ISIS had forced some families out of their homes and then their houses were mined.

“Our house was mined, so was our neighbor’s. We can’t return our homes. Our homes were mined by them right in front of our eyes. A little girl was killed due to landmines.” Why do they behave like that? Is it not despicable? They made us get out of our houses. We asked them why they were doing that while our homes were being mined. But In response they said “we do it to stop you from coming back your homes”. Isn’t it despicable (forbidden in Islam)?

I’m a mature woman. They told me that I have no right to go out. And I have to wear chador and cover my eyes otherwise I would lose my eyes.

As one of the thousands of women in Manbij, what do you wish or desire?

I wish to see no one else suffering from oppression caused by ISIS when I go out there. Hopefully may God please everyone who played a role in the liberation of Manbij. And May God rest martyrs soul who liberated Manbij.

” Aaliyah ” addressed specifically to women in her city and said : I address the  women who are afraid to leave their house, I say : Do not be afraid ! Come out.  Do not be afraid anymore! I was one of those women who was always fearful. Thanks to God that people can now freely come and go in the city.