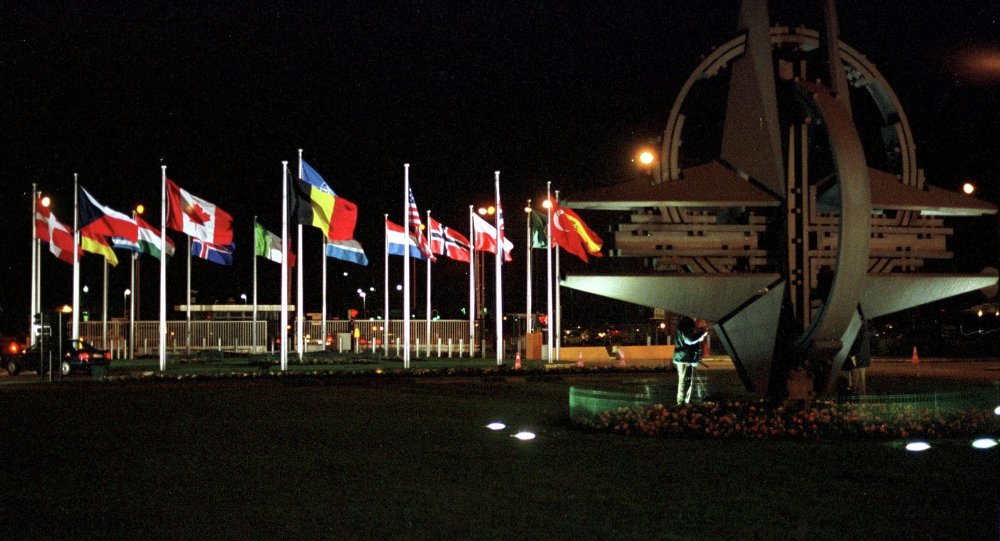 Concerned about the security implications of last month’s coup attempt in Turkey for his country, Czech defense consultant Frantisek Sulc worries that Ankara’s move toward a realist approach to foreign policy could result in the most serious crisis NATO has faced in a quarter century, possibly leading to the alliance’s collapse.

Commenting on the Czech media’s discussion of the July 15 coup attempt in Turkey in a piece for natoaktual.cz, which touts itself as the “Official Portal of the NATO Information Center” in the Czech Republic, Sulc warned that although a great deal of time has been spent analyzing the “threat of Islamism directed from Turkey to Europe…much less has been said about the large and long-term consequences of the coup,” particularly for the NATO alliance.

In fact, he suggested, the fallout from the failed coup, “together with other events (for example, a US reevaluation of policy toward NATO, a serious crisis in Asia alongside the one in Europe, further aggressive moves by Vladimir Putin, etc.), could lead to the most serious existential crisis the alliance has faced over the past 25 years.”

Choosing not to get into the details of what exactly these so-called ‘aggressive moves’ by Moscow might be, Sulc emphasized instead that these consequences of this confluence of threats “will not bode well for Central Europe,” which “in the early 1990s chose two organizations: NATO and the EU as the basis for security and economic stability. Over the last 25 years, these organizations have been shining examples of liberalism, or rather neo-liberalism.
“The analyst admitted that at first glance, the suggestion that the putsch attempt could lead to an existential crisis for the NATO alliance may seem exaggerated. “One can argue that the alliance has repeatedly dealt with both coups and autocrats in the past,” Sulc noted, citing the examples of Turkey, Greece and Italy. After all, it was “geography and geopolitics, not democracy and stability, that resulted in Portugal becoming a founding member of NATO, and Greece and Turkey being accepted into the alliance.”

Moreover, Sulc recalled that the alliance has lived through other crisis situations in the past, including when France decided to leave NATO’s military structures, and when it found itself searching for a raison d’etre after the collapse of the Soviet Union and the Warsaw Pact.

“These examples,” the analyst noted, “are certainly valid, and there is no reason at the moment to talk about NATO’s disintegration; however, there is a danger that this time, the accumulated problems will weaken it to such an extent that participation in the alliance will lose its meaning for some members.”

These problems, according to Sulc, include NATO’s growing politicization – its increasingly ideologized definition not just as a guarantor of security and stability, but as an alliance spreading “democratic principles, freedom and liberalism” as well. Of course, “the military dimension of the alliance is still important, but the emphasis on politics, the peace dividend [following the Cold War] and the lack of an adequate enemy have all weakened it.”

Turkey Could Become a ‘Bridge Between Russia and US’ in Syria

Furthermore, the analyst noted, the world’s transformation from a bipolar to a multipolar system of power in the past quarter century “have weakened the ties between the member states, offering them a host of alternatives” to NATO as a source of security. At the same time, a series of events, including the US-led invasion of Iraq, and the protracted conflict in Afghanistan, which has undermined NATO’s prestige, has only further damaged the alliance’s unity.

The 2003 invasion of Iraq in particular, which France and Germany refused to participate in or even endorse, led to further divisions, according to Sulc, with Turkey siding with the Europeans and refusing to provide Washington with the use of its bases for the initial invasion. In return, Ankara may have expected from the Europeans the possibility of membership in the EU, something it soon became clear wasn’t going to happen.

“To a certain extent, this humiliated Turkey’s secular elites. Erdogan’s position, on the other hand, was strengthened; Turkey changed, with a neo-Ottoman politics forming.”

What’s more, Ankara’s ambitions were only strengthened following the string of uprisings throughout the Middle East known as the ‘Arab Spring’, that is, in a region which was once part of the former Ottoman Empire. “These problems provided opportunities which Turkey has used, and will use, for their purposes. And they often do not coincide with the policy of the alliance,” the analyst suggested.

Taking note of a point once made by Robert D. Kaplan in his book ‘The Revenge of Geography’, Sulc noted that as the memory of the bipolar world of the Cold War fades into history, Ankara, together with Tehran, have been becoming more and more involved in the Arab World.

At the same time, the analyst suggested that Turkey’s importance to the alliance is fading,

“Today, after Romania and Bulgaria’s accession into NATO, access to the Black Sea can be ensured even without Turkey, which is also no longer directly adjacent to Russia [despite having bordered the Soviet Union]. ”

Combined with Ankara’s pursuit of its own interests in the region, and its increased activity in the Arab world, this factor makes it possible “to question the significance of Turkey to the alliance, due to its unpredictability.

Meanwhile, he added, try as liberal and neoliberal ideologists might to replace or at least weaken geopolitics in the 1990s post-Cold War period, “geopolitics has returned with full force, with Turkey one of the players using it to their advantage.” This, Sulc suggested, has been demonstrated most recently in Ankara’s negotiations with Brussels over the refugee crisis, where Turkey “pragmatically used its important position, which, on the other hand, will lead to a search for alternatives and a cooling of relations” with the Europeans.

Effectively, the analyst argued, “the return of good old-fashioned geopolitics may become a problem for the alliance which triggers the above-mentioned existential crisis, in which Turkey can serve as one of several possible catalysts. The choice between values and the pragmatism (realism), which was typical, in relations between the powers in the 19th century and thereafter, can be a very painful one.”

What’s worse, according to Sulc, is the fact that this choice between ideology and realpolitik is being considered in a situation where Europe is demilitarized, and dependent almost entirely on the US for its defense, and at a time where political forces inside the US (in the face of Donald Trump) are seriously considering a retreat from Europe.

Accordingly, the analyst suggested that the question of whether Turkey, which has ostensibly rejected the secularist and democratic values promoted by the West, and has come to fraternize with Russia, can be kicked out of the alliance as a form of ‘punishment’ for these transgressions, is an appropriate one.

“In this regard, statements made by the representatives of the alliance, and by Western politicians, are not very informative. And it’s no wonder, because this is a very delicate topic. How would the alliance look without Turkey? How would it look with a Turkey that does not cooperate? Could Ankara, along with other NATO members, become a ‘devil’s advocate’? Could Ankara deliberately block alliance initiatives with respect to certain countries, such as Israel, Georgia, Ukraine, Jordan and others?”

Ultimately, according to the analyst, the upcoming presidential elections in the US may make even that country join the members of the alliance (including Turkey) which see cooperation with Moscow preferable to a full-on Cold War-style standoff. Under such circumstances, “in a situation where Europe’s south and south-east [borders] present both traditional and asymmetrical threats — when Afghanistan is disintegrating – when the memories of deterrence during the Cold War and the operations in the Balkans are fading, it is very difficult to find positive examples on which the alliance can build.”

Accordingly, in a straight-up defense of the alliance, Sulc suggested that unless several important steps are taken (including naming Russia, China and others as competitors or explicit ‘enemies’ of the alliance, forcing alliance members to increase their military budgets, increasing the use of hard power, etc.), NATO may be doomed to disintegration.

“As ambitious, and perhaps unfeasible as the ideas outlined above may be, without clear, concrete and visible steps, the alliance will lose its political weight, at first abroad, and then from the inside, closing in on itself until it loses its members’ confidence, without which there can be no alliance…” the analyst concluded.