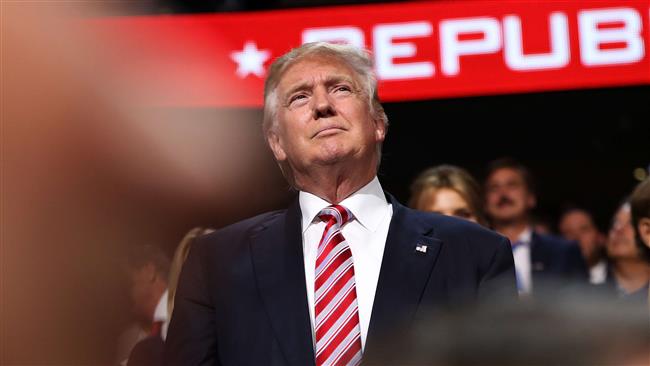 No wonder he keeps his taxes and financial records, most of which are offshore, secret.  No wonder he loves Israel and is willing to take orders from Sheldon Adelson, a fellow casino boss and business competitor.  The truth is, most certainly, so much worse than this report….

Businesses owned by US Republican presidential nominee Donald Trump are carrying a debt of at least $650 million, a new report has revealed, raising doubts about the New York businessman’s claims of running a successful enterprise.

Trump’s campaign filings show his businesses owe at least $315 million. However, a report, released by the New York Times on Saturday, revealed that the real figure is at least twice that amount.

The investigation, which was carried out by a property information firm, searched publicly available data on a number of properties linked to Trump and shed light on his heavy reliance on loans and credit to prop up his ventures.

One of the examples mentioned by the Times was Trump’s sale of a 43-story Manhattan office tower to a company in 2007, where he retained a 30 percent stake in the property as a limited owner.

A loan document reveled that five years later, Trump facilitated a deal with four financial institutions, including Goldman Sachs and Bank of China, who agreed to lend the office tower’s owners $950 million.

This is while Trump has repeatedly blasted China for refusing to properly pay taxes for “taking” American manufacturing jobs. He has also railed against his Democratic rival Hillary Clinton for receiving a $675,000 payment by Goldman Sachs for speaking fees.

Three other partnerships, holding a significant portion of Trump’s wealth, owe a further $2 billion to a group of lenders, the report further revealed.

The report is expected to raise new controversies about the bombastic candidate’s net worth.

Despite his own claims of being worth at least $10 billion, recent estimates by Forbes and Fortune magazines as well as Bloomberg have put the figure at less than $5 billion.

In his Federal Election Commission filings, Trump has claimed that his assets are worth at least $1.5 billion but that is expected as the FEC forms only ask candidates list assets and debts in ranges rather than precise numbers.

Those ranges top out at $50 million, allowing Trump to hide the true extent of his debt by simply saying it surpasses $50 million.

The billionaire has yet to respond to the report, which comes at a time when he is already under immense pressure to release his tax records.