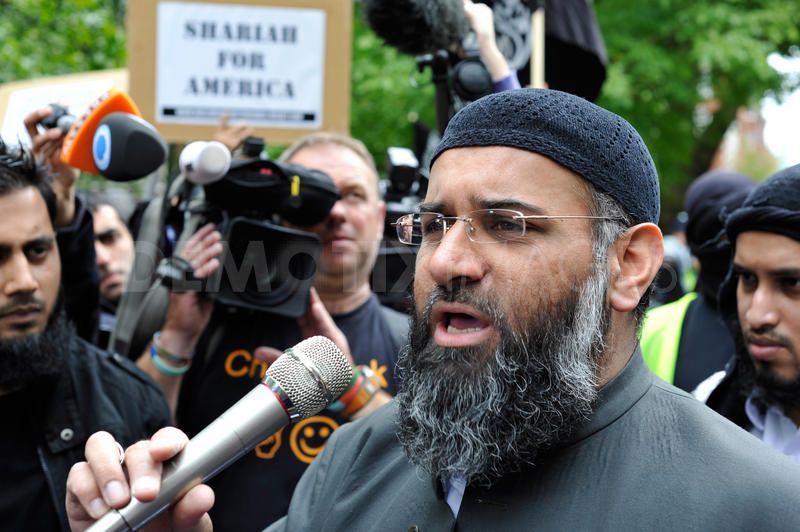 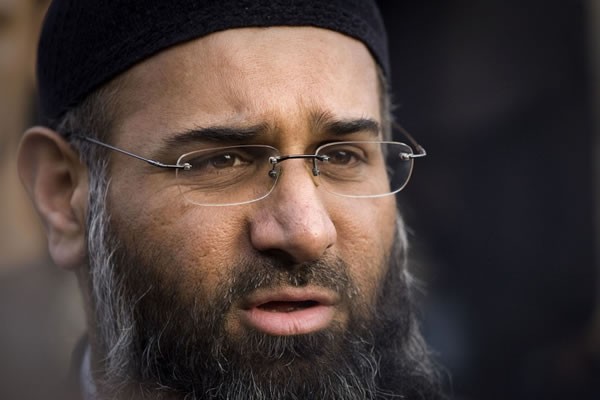 [ Editor’s Note: My first Press TV Debate show with a major jihdai was with Britain’s Anjem Choudary back on October 21, 2013. I thought I had died and gone to heaven. It was great fun, as was hearing about his recent conviction for supporting the Islamic State.

I will shed no tears for his conviction for aiding and abetting IS, but the big story in all this is why was he allowed to funnel large numbers of British jihadis into their ranks so MI-5 could gather Intel… on what at that cost?

What Intel could that be for allowing such a large “aiding and abetting” operation to go on, the classic “the cure is worse then the disease”?

Cutting off the head of a snake usually produces quick and positive results. His underlings would fill in behind him, providing a new stream of jihadi recruiters to monitor, so it’s not like Choudary’s arrest would have caused lay offs at MI-5. Missing in the equation is the carnage that those Choudary-facilitated ISIS (their name in 2013) recruits inflicted on the Syrian people.

Or was it because they were fighting Assad, and that was considered a good use of British Jihadis, including getting some of them killed. But what about the hard core veterans who return to Britain? Where did that future threat weigh in on the equation?

One thing you can be sure of, MI-5 will never tell you. One of the major things Top Secret is used for is hiding major screw ups to protect the reputations of those making them and their post government employment opportunities… Jim W. Dean ]

Following his conviction, it was revealed that the 49-year-old former lawyer had been linked to at least 15 terrorist plots since 2001. Police also believe he has connections to as many as 500 of the 850 young British Muslims who have traveled abroad to join IS.

According to the Telegraph, counter-terrorism officers often felt they had enough evidence to build a case against the cleric, only to be told to hang fire by MI5 because he was crucial to one of their ongoing investigations.

The situation led to a build-up of tension between the two sides, with police feeling “frustrated” that Choudary was not being brought to justice, a source told the newspaper.

He was eventually prosecuted after swearing an oath of allegiance to IS and posting YouTube videos in which he praised the group. One counterterrorism source says the decision not to prosecute him earlier came from MI5.

“I am gobsmacked that we allowed him to carry on as long as he did. He was up to his neck in it, but the police can’t do full investigations on people if the security service say they are working on a really big job, because they have the priority,” he told the Telegraph.

“That is what they did constantly. While the police might have had lots of evidence, they were pulled back by the security service because he [Choudary] was one of the people they were monitoring.

“It was very frustrating and did cause some tension, but we were told we had to consider the bigger picture.”

Security expert Will Geddes said while police and security services had a good record of working together, there was often a difficult balance to strike between prosecuting evidence and gathering intelligence.

“Whilst the cops always want the collars the spooks want the information and it is a challenge getting the right balance.

“Choudary was certainly clever and knew where the line was, and that was part of the reason it took so long to get him. But it was certainly possible that MI5 wanted to continue to monitor him because he was the focal point of so much,” Geddes told the Telegraph.

“Given how influential he was in terms of setting up the forums for those guys to get inspired, it made perfect sense for the intelligence agencies to say ‘we haven’t exhausted this yet.’

“In the end though he got caught because he believed his press too much and he got carried away by his own media profile.”

Choudary faces up to 10 years in prison when he is sentenced on September 6.