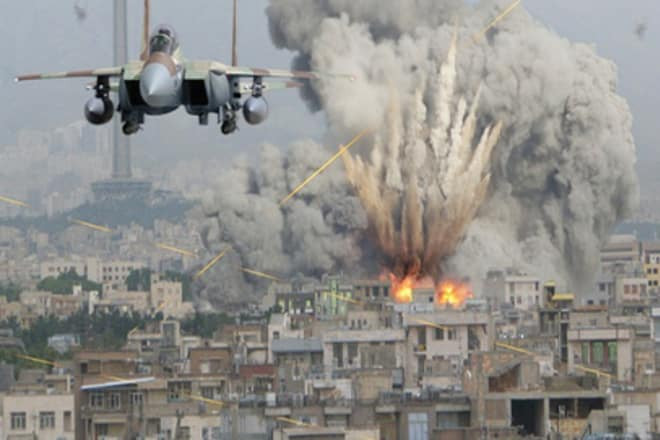 The anti-Christ is here. Did you know that? Most people don’t. They are far too busy surviving, dealing with their own problems and when they do have time off, the last thing that they want to do is look the devil in the face.

Any news reports that they do watch are either lies or have been doctored to make them acceptable to western sensibilities. Watching evil in action and in your face is more than most people can absorb or accept.

Where was I when the anti-Christ came? Living in a small seaside town, in the middle of nowhere at the bottom of Africa. There are very few people here that I can talk to, very few who can even begin to understand.

How can they when the most pressing issues in their lives revolve around dog pooh on the beach, whether to put the local population of free roaming zebras who walk through the centre of town at midnight into an enclosed reserve ( they did, they are gone forever now), or how to stop the monkeys from raiding peoples gardens. Starving them out seems to have been the general consensus. Shooting them upsets the children. And then there is that poor plant that is declared “invasive species of the month” that sits lost, forlorn and without water in a pot in front of the local supermarket like some criminal in stocks waiting for the next blow.

Since 2011 I have lived in two worlds. My physical space which for the most part I have barely been aware of, except when a two-metre long, spitting cobra slithered through my house, and I found myself sitting on top of the kitchen counter in terror. And then the other world. The world of the anti-Christ that has not been part of my physical reality, but has been part of my life 24/7 for the last four years.

The road to Damascus seems such a hackneyed phrase, but in many instances and in the lives of the people in Syria and millions around the world, those who are aware that the anti-Christ is here and have looked the devil in the face, have all traveled this road.

And he lies. He always lies. And he laughs in disdain when you point out that he is lying, because lying is his trade mark.

And in his lying he wears many masks. When one mask is uncovered and exposed for what it is, he has changed it for another — Al-Qaeda, Islamic State, ISIS, Free Syria Army, Al Nusra, and the advertising campaign continues, with social media, videos, new flags, new colours and lies given prime time on Al Jazeera, BBC, CNN and Fox news.

Behind the mask is a host of demons. Their real names are the Muslim Brotherhood, the Wahhabi sect, Fetula Gulen, Mossad, CIA, MI6, the White Helmets.

Their real masters are the Zionists, the Saudi Royal family, the Qatar royal family, Jordan, Turkey, the British and the Americans. They have all sent the demons of the anti-Christ to Syria, to Damascus. Their plan was and is Oded Yinon’s plan:

“Iraq, rich in oil on the one hand and internally torn on the other, is guaranteed as a candidate for Israel’s targets. Its dissolution is even more important for us than that of Syria. Iraq is stronger than Syria. In the short run it is Iraqi power which constitutes the greatest threat” to the Zionist State. “Every kind of inter-Arab confrontation will assist us in the short run and will shorten the way to the more important aim of breaking up Iraq into denominations as in Syria and in Lebanon.” 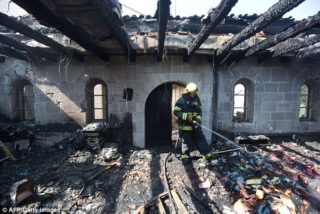 They have sent the demons of the anti-Christ claiming that “god is on their side.” Which “god” is this? Moloch who rules Jerusalem from Gehenna where children to this day are thrown in the fire as burnt offerings?

Petrol poured down their throats and then set alight, homes and churches burnt down with the occupants still in them?

They have justified themselves by quoting from Biblical texts, Isaiah 17 for one. But the devil lies, he always lies and twists the story upside-down to suit his purpose.

According to Isaiah, Israel is not Jerusalem, it is Damascus and Judah is not the one who is persecuted, Ephraim is. Ephraim who Jeremiah calls “the firstborn of the Lord.” After many trials and tribulations it is the enemies of Israel, Ephraim and Damascus who will be completely destroyed. The Judaic Zionist State is not Israel and has not been for over 3,000 years, not since the split between the southern Kingdom of Judea and the Northern Kingdom of Israel. But they lie about that too.

Zionism is a lie. It is the anti-Christ and across Syria Christians have been crucified, beheaded, their women and children rounded up and sold on slave markets, their battered bodies divided amongst organ harvesters and their remains piled up in mass graves. I have looked the devil in the face while my neighbours are obsessed about where I should or should not park my car. Does it really matter? 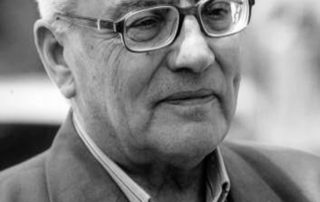 People like Khaled al Assad have been murdered for speaking the truth, for ripping the mask away from the anti-Christ.

“Khaled al-Assad is the only archaeologist in the world who was writing about who was here in the past, in Palmyra. He was proving that the Zionists were never here. They killed him, they burned his library, they burned his books so we have nothing left of his work. From an observers’ perspective, they are focusing on history, material history, cultural history, identity, army. Any power that keeps you as an entire state, or any statesman that represents strength or unity will be demonized and destroyed.”

According to Shiite Islam, it is the Mahdi who will join with Jesus in the second coming and help to defeat the anti-Christ. He has. It has been Sunni and Shiite Muslims across Syria and Iraq who have come to the defense of Christians even as their own people have also been persecuted by these demons, or as they refer to them, the Djal.

Assad – who “must go” and is a Alawite, took the time at the height of the Syrian war to visit Christian churches on Christmas Eve. The silence from the west on the other hand, as the anti-Christ rages, has been deafening. 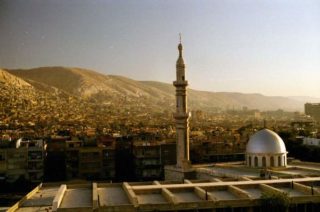 Damascus is at the cross roads along the Silk Road from east to west. As a city it has been occupied for over 10,000 years.

According to Isaiah it once held Israel and Ephraim in its hands. In the 1st century A.D. it embraced the Essenes and the Christians. In later years it adopted Islam.

If any city could claim to be a haven for all monotheistic religions, Damascus can. And today the anti-Christ sits on its doorstep. And he lies. He is the father of all lies.

The Sarin gas attack was blamed on Assad, but it was not him.

The dead bodies of little children were lined up by the real perpetrators, demons from other lands who had gassed them to death in service of the devil. And the martyrs lay embalmed in plastic underneath the trees.

In Aleppo, the demons beheaded a child and posted their abomination for all the world to see on the Internet. So did God see it. But the devil lies. The perpetrators of this crime are called the “good terrorists.” There is nothing good about them. They are the Djal. The agents of the anti-Christ.

I will try to tell them that Jesus and the Mahdi are fighting for their souls. But no doubt they will not hear me, or they will be sitting in church, while Christ is crucified again and again a million times over.

And in years to come, they will sanctimoniously claim salvation because he once again spilt his blood to save them, while they debated the rising cost of cheese and stood by and did nothing.

They are not listening now. Perhaps they never will.

Horrifying images show ISIS jihadis crucify then shoot four men in the middle of a Raqqa street as the terror group suffers heavy losses in the Syrian city
Genocide of Assyrian Christians in Iraq Continues in Syria
Twenty-six Things About the Islamic State (ISIS) that Obama Does Not Want You to Know About
‘White Helmets’: New Breed of Mercenaries and Propagandists, Disguised as ‘Humanitarians’ in Syria
Church where Jesus is believed to have performed the miracle of feeding the 5,000 is daubed with graffiti and set on fire in an arson attack
GRAPHIC: MOHAMED ABU KHDEIR FORCED TO DRINK GASOLINE THEN SET ALIGHT BY VIOLENT JEWS
What Happened? Israeli Settlers Burned Palestinian Infant to Death
KURDS KILLING ISIS AND SAVING CHRISTIANS- KOBANE – KOBANI
Greater Israel and the Tale of Two Temples. Ayn Dara and the Syrian Connection
Why Is Israel looking for Imam Mahdi?
Seymour Hersh Exposes US Government Lies on Syrian Sarin Attack
US-Supported ‘Moderate’ Terrorists Behead Child On Camera: Paid For By The American Taxpayer
‘Western Propaganda is Paid for in Syrian Blood’ – Dr Bouthaina Shaaban Talks to Vanessa Beeley
SUNDAY WIRE: ‘Another Road to Damascus’ with guests Vanessa Beeley, Abdo Haddad, Brian Gerrish
SUNDAY WIRE: ‘Part II: Another Road to Damascus’ with guests Vanessa Beeley, Ghoufran Derawan