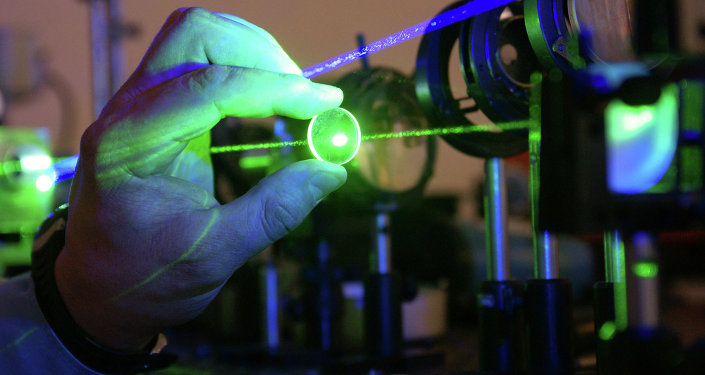 [ Editor’s Note:  News on this kind of technology does not always meet the public eye like this, especially if it has military applications which could give some a huge advantage that a powerful nation does not want others to have, or at least not until they are many years ahead if them in the application science.

Two major examples of these have been hyper-sonic missiles, including their being fired in swarms that can communicate with each other while approaching the target, and electronic warfare that can jam or even destroy enemy sensors, or advanced spoofing where targets/threats are created where they aren’t. This is a huge military technology business.

The early day B-52s only had EMT nuke air defense missiles to fire at an approaching group of interception fighters to fry their electronics, but that did not work if they were coming from various directions or in waves. As we saw with the USS Donald Cook demonstration, denied by the US, but confirmed by Dr. Keshe as it was an application of his technology that he had given away, which he claims also led to the US drone capture.

Notice how little we hear about the application breakthroughs in nanotechnology science and application technology when we hear that huge resources are being invested. There is no media to match that effort, and there has to be a good reason for it… Jim W. Dean ]

A team of Russian physicists has found a way to tune silicon nanoparticles so they can process optical data at previously unattainable speed, paving the way for the creation of “ultracompact and ultrafast” processing devices.

The findings of the experiment-based survey conducted by scientists from Moscow Institute of Physics and Technology (MIPT) and ITMO University were published in the ACS Photonics journal in late July.

The scientists have performed a series of experiments, studying the response of nanoparticles, made of conventional silicone, to the intense and short laser pulse. They found that if affected by the laser the plasma inside the particles displays an ultrafast reaction.

The silicon particle, thereby, acts as an nonlinear antenna at the speed of about 250 Gb/s processing optical data at the speed far exceeding the one that could be achieved by the means of conventional silicon electronics.

“Today’s optical fibers are able to transfer information at record speeds of hundreds of gigabytes per second. However, silicon electronics do not allow such fast information processing. The creation of a nonlinear optical antenna will allow us to solve this problem, and pave the way for ultrafast processing of optical information,” Denis Baranov, a researcher with MIPT, told RIA Novosti.

The scientists have established that the antenna’s scattering pattern undergoes dramatic changes within a very short span of time when irradiated by the laser pulse. While, normally, a nanoparticle scatters a fairly equal amount of energy backward and forward, it switches to “unidirectional scattering regime” under the influence of the femtosecond laser.

It envisages a possibility to exert control over the direction in which the light is scattered.

Such property is essential for creation of a first all-optical transistor and, subsequently, next-generation optical computers, which will be able to process much greater amounts of information as they rely on photons. Transistors serve as one of the key components in computing circuits.