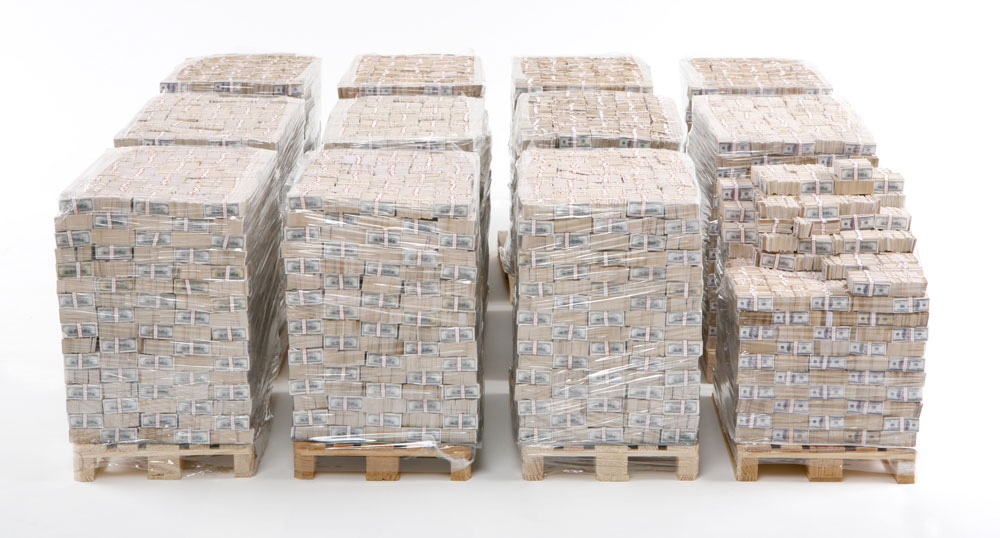 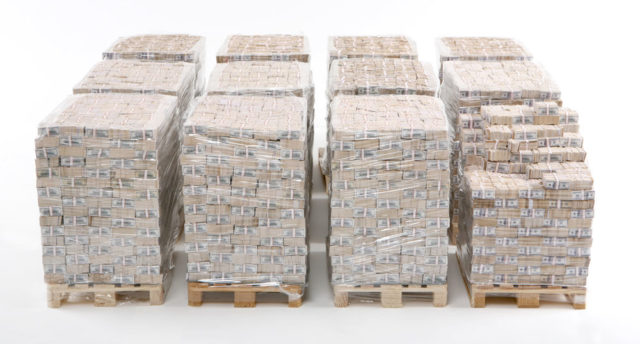 [ Editor’s Note:  A few shots were taken at Obama on this old arms deal but nothing stuck. Returning stolen Iran funds is part of the nuclear deal. But somehow the $400 million payment was not followed by the much bigger one, the $1.3 billion in interest that came later.

God only knows what that looks like in cash. I remember the $400 million had to be made up in several currencies to pull it all together.

I am still waiting to see why no one is interested in finding out who helped themselves to the Shah’s looted billions kept in foreign banks. I don’t think the US would have let the banks consider it as a windfall. Iran has not brought that up either to my knowledge.

Still the crazy Repubs claims during the nuclear debate that Iran would get a $100 billion windfall to go on an arms buying spree and unleash a huge wave of terror, silly claims which have not happened and now swept under the rug.

Despite a lot of Iran’s sanctioned held funds being released and flowing in now, it is still having to finance most of its major economic expansion which is being delayed due to the banks hesitancy to provide the needed trade financing… Jim W. Dean ]

US payment of $400 million of Iranian money which sparked outcry among American politicians was followed by another transfer of $1.3 billion, it has been reported. The total sum of $1.7 billion was related to an arms deal that Iran signed before 1979 when the Shah was a close ally of the United States but Washington was refusing to give it back.

When the news of the Obama administration’s $400 million payoff was first broken it set off a firestorm in the United States.

The partisan bickering which followed the payment was so intense that few people asked about what happened to the balance of the Iranian money.

US government officials have now revealed that the remaining $1.3 billion was sent less than two months after Iran received the first installment in cash in January.

“Iran received the balance of $400 million in the Trust Fund as well as roughly $1.3 billion representing a compromise on the interest,” US Assistant Secretary of State for Legislative Affairs Julia Frifield has said.

The payment was confirmed by the State Department official to The Weekly Standard, an opinion magazine published by the American mass media behemoth News Corporation reported on Tuesday.

Wooden pallets stacked with euros, Swiss francs and other currencies were flown into Iran in an unmarked cargo plane to cover the first $400 million.

Although the “mechanics” of the second payoff was not confirmed, it was most likely made in cash since the US has no banking relationship with Tehran, The Weekly Standard speculated.

“The reason that we had to give them cash is precisely because we are so strict in maintaining sanctions — and we don’t have a banking relationship with Iran — that we couldn’t send them a check,” President Barack Obama said early this month.

A number of US politicians have accused Obama of paying “ransom” even though the money belonged to Iran.

Both Iranian and US government officials have stressed that the payment was unrelated to the nuclear deal struck with the Islamic Republic in July.

The sum returned to Iran, however, constitutes a fraction of tens of billions of dollars of the Iranian assets which the US has blocked since the Islamic Revolution.

In April, the US Supreme Court ruled that Iran’s $2 billion of assets held in an American bank be turned over to families of those killed in a 1983 bombing in Beirut and other attacks which Tehran says have nothing to do with it.

Foreign Minister Mohammad Javad Zarif denounced the seizure as “highway robbery” and pledged that Iran would retrieve the sum anyway.