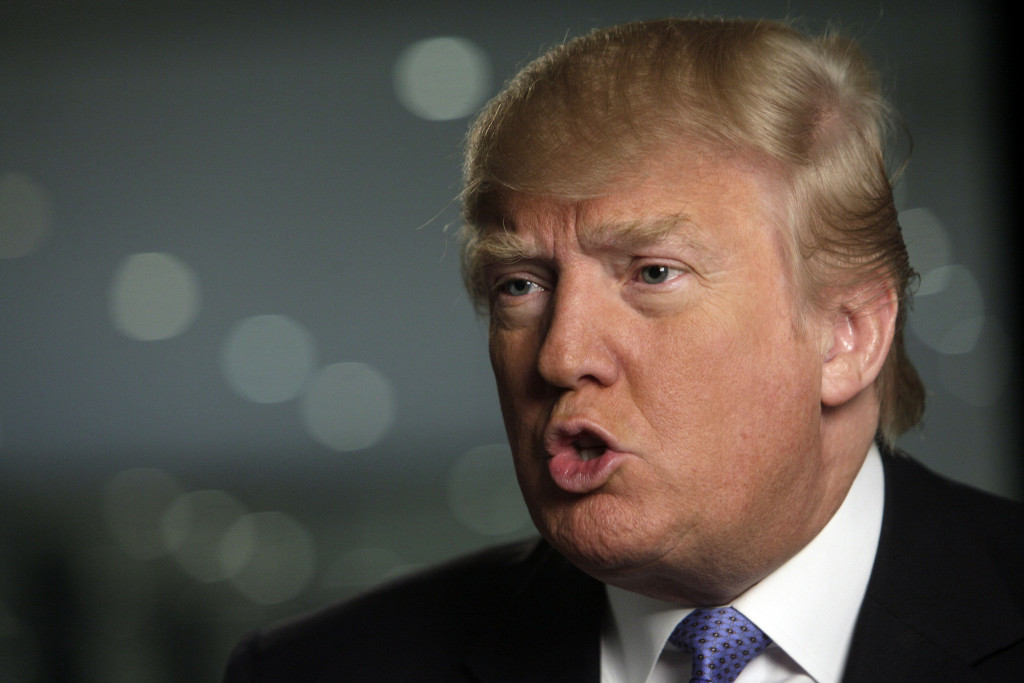 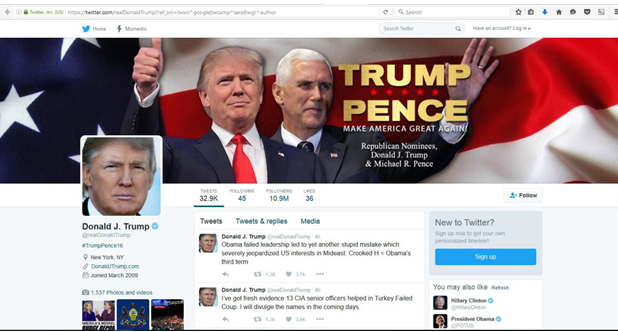 Donald Trump, US Republican presidential candidate, claims in his new tweet that he has evidence that CIA officers helped in Turkey’s attempted coup. It is probably make a new turmoil amid the heated presidential race between him and the Democratic nominee Hillary Clinton.

In two consecutive tweets posted on his official Twitter page trump said he obtained evidence that will prove 13 high-ranking CIA officers helped in Turkey’s “Failed Coup” and that Obama’s “failed leadership” caused this “stupid mistake” witch put USA interest in Middle East at risk. He also repeated his adversarial word against his rival Hillary Clinton by comparing her possible presidency with Obama’s “third term” If he were supposed to stay one more term in the presidential seat. 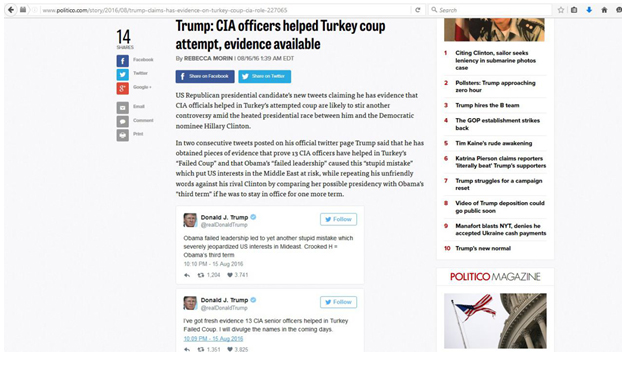