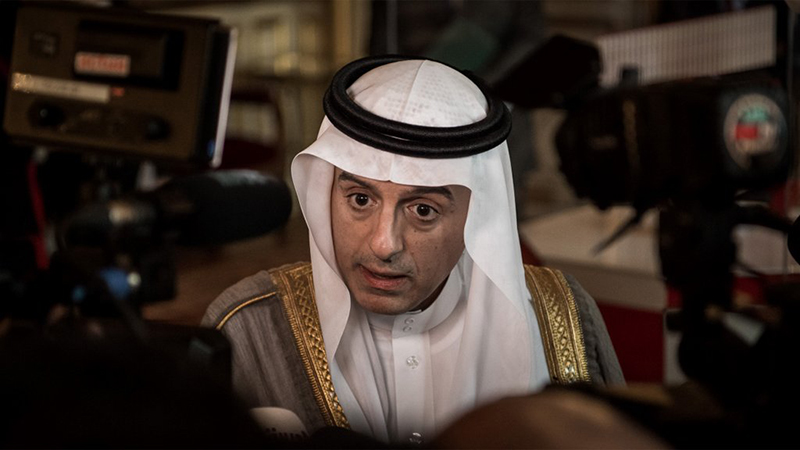 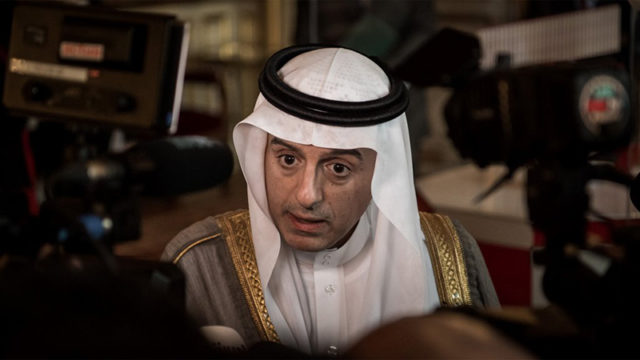 Saudi Arabia has threatened that if political talks fail over Syrian crisis, they will use military force against Syrian president Bashar al-Assad.

Saudi Foreign Minister, Adel al-Jubeir, made the announcement on Tuesday after the meeting of international Syria support group finished in Vienna.

Al -Jubeir believes that they should have turned to this alternative long ago. He emphasized on a plan to intensify military support for the opponents of Bashar Al-Assad.

He added: “If the Syrian government does not respond to the treaties of the international community… we will resort to other plans.”

Saudi Arabia is in favor of invasion in order to topple President Bashar al-Assad and also is a firm supporter of armed opposition groups in Syria.

Delegates and ministers from some 20 countries including Iran attended the meeting.

The Russian foreign minister, Sergei Lavrov, said after the meeting that some members of the international Syrian-backed group use the Al Qaeda-linked terrorist group, Al-Nusra front, as a tool against the Syrian government.

Russia’s foreign minister added Moscow has published an unofficial document in the UN Security Council in which it states that the terrorists were equipped by Turkey in Syria.

Staffan de Mistura, the UN special envoy to Syrian affairs, said on Tuesday alongside John Kerry and Sergei Lavrov, the Foreign Ministers of America and Russia: “The problem is that we can’t wait for too long to achieve some of the results of the meeting, we seek to maintain the momentum and move the process of negotiations.

According to UN Special Envoy to Syrian affairs, more than 400 thousand people have been killed over the Syrian uprising for more than five years and more than half of this Arab country’s 23 million population has been displaced.