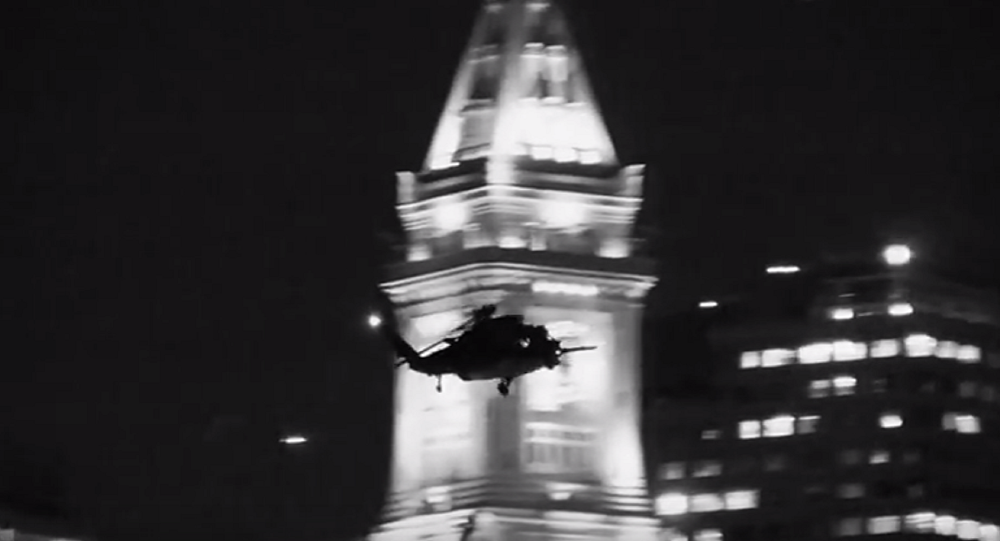 Throughout the week, the city of Boston has been hosting Homeland Security training exercises that include helicopters flying extremely close to buildings, but police refuse to inform residents about the particulars of the drills.

Social media users have posted videos and questions about low-flying helicopters weaving through buildings, but have not received many answers.

“This is a planned exercise in cooperation with local authorities and is not in response to any current world events. The exercise is expected to have minimal impact to the public,” according to a posted advisory from the Boston Police Department.

In stunning footage captured by NorthEndWaterFront.com, there appears to be four darkened Blackhawk helicopters flying from Boston’s Logan Airport, across the harbor, through the North End, and landing on top of a skyscraper in the financial district.

“It almost looks like someone could rappel from the helicopter onto the roof of the 75 State Street building. The flying patterns are repetitive with some taking slightly different paths, closer to the Seaport while others are directly over the North End,” the website noted.

When the local Boston Fox affiliate, WFXT, reached out to the department for comment, they were told that “specifics are kept mysterious for good reason.” The Department of Defense also refused to comment.

The station noted that Blackhawk helicopters could be seen lined up on the airfield tarmac on Wednesday.

While details remain under wraps, the exercise is scheduled to continue until Friday, and the police department has stated that they will reveal more information following its conclusion.