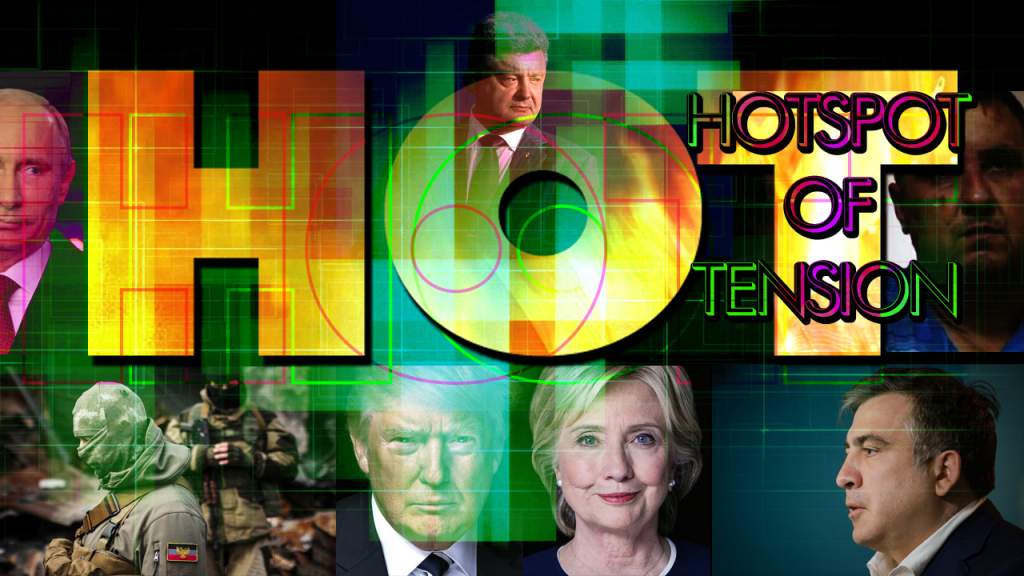 Recent weeks have seen a series of incidents, mainly on the Donbass, suggesting a large-scale escalation of combat operations cannot entirely be ruled out. Ukrainian forces have stepped up bombardments of frontline LPR/DPR positions and of Novorossia cities and towns. There have been a number of efforts by regular UAF forces and by “volunteer battalions” to seize key terrain features and occupy abandoned villages located in the “no-man’s land” separating the warring parties. The head of LPR Igor Plotnitskiy barely survived an assassination attempt. Most recently, the FSB has thwarted a terror plot in the Republic of Crimea hatched by infiltrators from Ukraine proper at the cost of the deaths of two Russian servicemembers and the wounding of several others. One of the detainees is a so-called “ATO veteran”, and is reputed to be working for Ukraine’s military intelligence. These events suggest that there indeed are parties interested in a military escalation. Who are they?

Even though Barack Obama, who is by now a lame-duck president, and Secretary of State John Kerry have pursued a relatively moderate line toward Ukraine and Russia since the winter 2014/15 campaign, it does not mean everyone in the Washington establishment shares their priorities. There are plenty of hotheads in Ashton Carter’s Defense Department, the intelligence establishment, as well as the State Department itself, and they are both betting that Hillary will be their next president and doing their utmost to ensure she gets elected.

Because she will need all the help she can get. In spite of a massive fundraising advantage and the endorsements of Washington establishment, Hillary is not decisively ahead of Trump in the polls. Many former Bernie Sanders supporters are looking to Donald Trump or Green Party candidate Jill Stein. The candidates have yet to undergo the customary three televised debates, and in the primary battles Trump performed rather better than Clinton in that venue.

The wild accusations of the Hand of the Kremlin interfering in US elections are a clear-cut reflection of the ill-concealed panic felt by the Democratic Party establishment. Unable to deal with the problems inherent in their candidate and campaign, they seek to divert attention by accusing Russia of somehow being behind Trump’s candidacy. Since these accusations are not having their desired effect, why not change the news cycle by having Ukraine, which has been all but forgotten by Western media, since its problems are an embarrassment to the Western leaders who were behind the Maidan “revolution of dignity”, return to Breaking News-level coverage because of, once again, “Russian aggression.” Given the extensive backing Hillary enjoys among the foreign policy establishment, it is entirely possible the appropriate encouragement could be unofficially given to the relevant parties in Kiev, behind the backs of the Kerry and even Obama himself. But who are the relevant parties in Kiev?

They are the usual suspects. National Security and Defense Council chief Turchinov, Minister of the Interior Avakov, and the whole array of “volunteer battalions” are the most interested in an escalation, and the sooner the better.  Using the SBU and the Prosecutor General’s Office, Poroshenko has been steadily encroaching on the Turchinov’s and Avakov’s empires, including their most important assets–the volunteer battalions. Normalization of relations with Russia would spell doom to these formations, and even the absence of active fighting is sufficient to undermine their raison d’etre for while the population at large could accept the existence of these marauders in their midst as long as the masses were convinced “Russia was invading”, when there is no fighting their presence is turning large swaths of the population against them. Therefore it is no accident that Turchinov is always among the first to call for the introduction of “martial law” in Ukraine. But for that you need a war, and if Poroshenko is unwilling to give them one, they can very easily manufacture one themselves by escalating on the Donbass, staging assassination attempts, and even infiltrating terrorists into Crimea.

All of that is placing Poroshenko is a difficult spot because he really does not want to choose between Putin and the hardliners. Given the state of the military and its infiltration by nationalist elements, it is by no means clear that Poroshenko would emerge the winner of a general civil war. The UAF is badly short of equipment and experienced personnel, has been reduced to issuing World War 2-vintage weapons to its troops, and is experiencing shortages even of small-arms ammunition as it has no munitions factories of its own. Moreover, Vladimir Putin’s reaction to the capture of a Ukrainian operative in Crimea left Poroshenko little wiggle room. Putin not only made it clear he is not interested in further “Normandy Format” talks, but also referred to the Lugansk People’s Republic by its full name for the first time ever thus hinting at its recognition by the Russian Federation, and in general used language very similar to that used vis-a-vis Turkey following the shoot-down of the Su-24. Poroshenko no doubt caught the suggestion that he is now expected to end his double game and make a firm choice in favor or either peace or war. Historically, Poroshenko has preferred something in the middle, knowing that a wrong step in one or the other direction would surely cost him his presidency. Peace would force him to face popular discontent with the economy and corruption that the imitation of war with Russia helps keep at bay. Outright war would lead to a swift military defeat and replacement by one of the hardliners who could rightly place all of Ukraine’s failings at Poroshenko’s feet. But now the pressure on Poroshenko to make peace appears to be increasing, in the same way that it was ratcheted up against Erdogan.

The final component is the Georgian diaspora, most visibly represented by Georgia’s ex-president Saakashvili, with many senior officials seeded throughout Ukraine’s state administration. Their numbers, status, and ties to the West (which are far more extensive than any of the other two factions’) make them a potent faction in their own right, a veritable tie-breaker in any conflict between the hardliners and “moderates”. They, too, favor an escalation because peace means death for them too.  Fixing Ukraine is beyond their abilities, even if it ever was their intent, for their eyes have always been oriented toward Georgia. Saakashvili and others dream of returning to Georgia as conquering heroes, flush if not with their successes at reforming Ukraine’s economy and political system, then at least on the wings of US military support. For that reason, as far as they are concerned, escalation is the only card remaining for them to play.

Meanwhile in the Rest of the World

In the rest of the world things are not going Ukraine’s way. Not only has Turkey’s president Erdogan come to Moscow to apologize for the Su-24 shoot-down and thank Putin for his support during the coup, it looks like UK’s Prime Minister Theresa May is about to follow suit. EU’s continental powers have had enough of Ukraine and want the problem to go away as quickly as possible, now that Turkey is once again threatening to flood the continent with refugees. All of that, plus the never-ending economic malaise, mean that Europeans are unwilling to continue the current course of sanctions, though no single European leader wants to be the first to travel to Moscow and imitate Erdogan’s performance, though May’s visit just might trigger something of the kind. The shift in the public and elite opinion away from the idea of desirability of confrontation with Russia is also a restraining factor on Ukraine’s actions, though it has to be noted that Europe’s “softness” represents a major reason for Hillary’s minions to undermine the looming Russia-West rapprochement.