Alexis: You quote Rabbi Yitzchak Ginsburgh of the Gal Einai Institute saying, “Just as Amalek represent the epitome of evil, so does the positive snake represent the epitome of good. Maschiach (Messiah) himself is referred to as the holy snake, as alluded to by the phenomenon that the numerical value of Maschiach (358) is the same as that of the word for ‘snake’ (nachash). In the Zohar it is told that when the holy snake, Maschiach, will kill the evil snake, he will thereby merit to marry the divine princess, to unite with the origin of the souls of Israel and so to bring redemption to the world.”

What is he articulating here?

Marrs: Rabbi Ginsburgh’s quote is very revealing. It definitely represents the core teachings of the religion of Judaism and its Kabbalah. He is saying that “Amalek” is the epitome of evil in the world. Amalek in the Talmud represents all Gentiles, especially those who oppose the Jews and Israel. While the Gentiles (Amalek) are supremely wicked, their opposite is the “holy snake.” Just as I explain in my book, Holy Serpent of the Jews, Rabbi Ginsburg claims that the Holy Snake is actually the Messiah, or Savior (Maschiach), of the Jews. Ginsburgh suggests that kabbalistic Gematria (numerology) confirms the Snake-Messiah connection. He points out that in Gematria, both the Maschiach and the Holy Snake have the same numerical value, 358.

Ginsburgh, highly respected by today’s Jews and in Israel, goes on to say that the Zohar, the primary book of the Kabbalah, tells us the Holy Snake, Maschiach, will eventually kill the “evil snake.” The Jews in their religion explain that the “evil snake,” represents the Christian and other Gentiles who, on the Day of Purification, refuse the Holy Snake’s generous offer to allow them to turn over their money and possessions, renounce their idols (Jesus is the chief “idol”), and agree to henceforth serve their Jewish masters.[1]

Having accomplished this transformation of society and renovating the world, turning it into the “Jewish Utopia,”[2] the Holy Snake, Maschiach, will “merit to marry the divine princess.” Who is this divine princess? She is Malkuth, the holy daughter, one of the polytheistic goddesses worshipped and adored by Jewish cabbalists.[3] Malkuth is said to be the “lower mother” in the Kabbalah’s Tree of Life. She operates from the “luminous dark side” where there is invisible light. As such, she is the “Light of the World.”

Malkuth, the divine princess, is the mystical body of Israel. Many, many Jews pray to her as she is a divine spark, or emanation of their unknown and mysterious “God,” called Ein Sof. Her celestial marriage with the Maschiach, the Holy Snake, will, it’s said, be celebrated by all Righteous Jews throughout the world. It will signal divine redemption for the Jews, their world victory over Amalek (the Gentiles).

The term the “origin of the souls of Israel” used by Ginsburgh is pregnant with meaning. According to the Talmud and Kabbalah, Jewish souls are different than those of Gentiles. Their very flesh, or DNA, is supernatural and divine and their souls are spiritually pure. Jewish souls are said to emanate from a mysterious, heaven-like world of Light. During Olem Ha-Ba, the messianic age and future world, these souls will be resurrected and come to populate a divine earth led, of course, by Jewish gods.

Those who do not understand the strange and bizarre nature of the Talmud and Kabbalah will find these teachings incredible. And so they are. Yet, some rabbis spend their entire lives studying every facet of these books. Truly, Jesus was correct when he told the Pharisees (today’s Orthodox Jews) their god was the devil. He also told them their religion was not of God nor did they derive it from the Old Testament. It was, Christ said, the corrupt “traditions of men.”

Alexis: You quote the Encyclopedia of Freemasonry saying the “Each lodge is and must be a symbol of the Jewish Temple; each Master (Mason) in the chain is a representative of the Jewish king; and every Mason is a personation of the Jewish workman.” Expand on that for us. 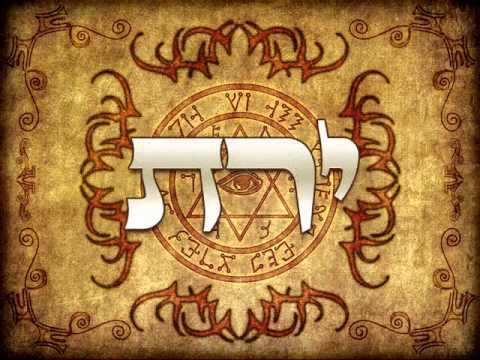 Marrs: Who can doubt the Encyclopedia of Freemasonry when it defines the Master Mason and explains that the Lodge is nothing less than a symbol of the Jewish Temple? This is undisputed among anyone who has in-depth knowledge of the Masonic Lodge. Its symbol of the square and compass is a stylized six-pointed star.

Indeed, the Jewish six-pointed star is often displayed on the interior and exterior walls of Lodges. As far back as 1855, Dr. Isaac M. Wise, a noted rabbi, stated emphatically, “Freemasonry is a Jewish establishment, whose history, grades, official appointments, passwords and explanations are Jewish from beginning to end.”

Regrettably, the average lower degree Mason is hoodwinked as to these Jewish moorings as he is slowly brought upward in the degree structure. Yet, no less an authority than Albert Pike, universally recognized today as the foremost authority on Freemasonry, states in his Masonic textbook, Morals and Dogma, that the Masonic Lodge and its rituals are based on the Kabbalah. He writes, “All Masonic associations owe to it their Secrets and the Symbols” (p. 744).

Alexis: You have a section in your book called “the disgusting sex of Kabbalah.” Describe for us the sex cult of the Kabbalah and Freemasonry.

Marrs: Judaism is one of the world’s largest sex cults. Everything about this religion—its doctrines, practices, and culture—are hinged on the sex act. Even the six-pointed star is sexual, the male triangle mounting the female triangle.

Judaism’s Kabbalah offers many gods and goddesses, and they are said to be fornicating constantly. One male god is even named “Hesod,” which means the “male phallus.” Meanwhile, when a Jewish man and woman have sexual coitus, their uniting is said to encourage the male and female deities in the spirit world to also unite. This sex force, the Kabbalah teaches, generates the cosmic energy force which will eventually drive the Jewish race onward to divinity. This is a very sick and disgusting religion.

Freemasonry, too, itself being a Judaic religion, has a sexual basis. On page 66 of the Holy Serpent of the Jews is a photograph of a stunning sexual ritual going on inside a Masonic Lodge in the United States. No wonder there are no windows on Masonic Lodge temples!

Alexis: If the Kabbala is that evil, why do so many Hollywood celebrities practice it?

Marrs: Hollywood celebrities are drawn to evil like flies to a garbage dump. Many are Kabbalah “junkies.” Madonna, Beyoncé, Britney Spears, Mick Jagger, Demi Moore, Paris Hilton, Leonardo DiCaprio, even Bill and Hillary Clinton are into the Kabbalah.[4] You can often identify the Kabbalah believers by the little red band or bracelet worn on their wrists.

This mystical red bracelet is thought to give the wearer supernatural protection against demons and bring prosperity and good luck. The Kabbalah teaches the occult arts and, of course, there is the sexual tantra of kabbalism. All in all, Kabbalah provides a spiritual and physical smorgasbord for the decadent Hollywood set.