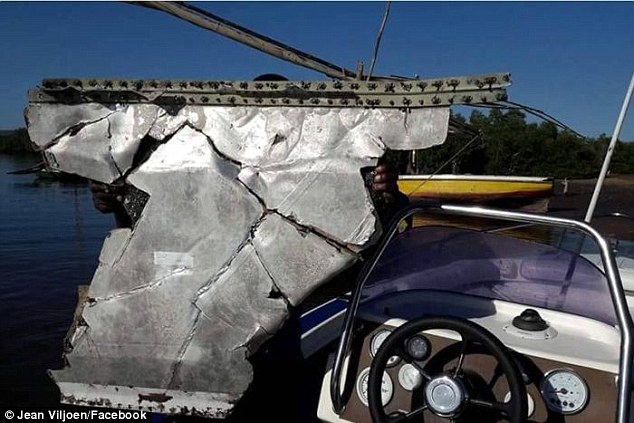 The continuing ‘mystery’ over the ‘disappearance’ of MH370 is arousing more interest than I had supposed. I also freely admit that I was taken by surprise by the vehemence of those still pushing the discredited Diego Garcia theory.

This holds that either Captain Shah or First Officer Hamid was secretly working for the Israelis and murdered the one who wasn’t, or forced him out of the cockpit, I assume with the assistance of one or more Mossad agents on the plane. Some people pushing this theory may also believe that both pilots were working for the Israelis.

No other pilot was aboard the plane, that is to say no passenger with flying skills, let alone 777 experience, has been identified. No link between either pilot and Israel, let alone Mossad, has been established. Another possibility, I suppose, is that Mossad agents might have forced the pilots to fly to Diego Garcia, where an Israeli crew might have been waiting to take over.

This theory, in whichever version, really only needs to be stated for its absurdity to be apparent. However it has gained traction on the Internet and is widely accepted as fact.

It is easily demolished. For starters, the Israelis are the Good Guys. Mass murder of civilians and aircraft hijack are just not an Israeli thing. Of course the minute you say on the Net you get attacked by anti-Semitic trolls, many out of Iran and other dodgy states in the Middle East, but so be it. Israel happens to be a democracy, and the Israelis are lovely people. That goes for Mossad as well. They are great to work with, and huge fun.

Of course neither Mossad nor the IDF are pussies. The Israelis realised decades ago that they needed to push back and they don’t stand for any nonsense, nor should they.

There are huge problems with the theory. For starters, Mossad agents tend to be Jewish. They’re not all Jewish, and Mossad have a number of non-Jewish assets, but your average Mossad agent is likely to be Jewish. I am not sure that any of the passengers on MH370 were.

Most of the 239 passengers were Chinese. Fifty were Malaysian, six were Australian and five were from India. No Israelis at all were on the flight.  None of the passengers even remotely stacks up as a Mossad agent or asset, nor is there the slightest reason to suppose that any weapons were taken aboard the flight.

The next problem is that Diego Garcia is not an Israeli base, it’s a US-run base on British soil. I doubt there were any IDF personnel there in March 2014. The ‘Israelis did it’ theory therefore assumes British and US complicity. We’re the Good Guys as well, and so are you.

Mass-murder and aircraft hijacks are no more British and American things than they are Israeli. Only a small number of states – Germany, the Peoples Republic of China, Cuba (in the old days), Iran and the Ukraine – are known to have been involved in the deliberate shooting-down or hijacking of civilian airliners, either directly or through tame terrorist organisations like the PFLP-GC.

Then there is the problem of how to sneak a Boeing 777 into Israel. It’s a small country and doesn’t do secret air-bases. Since MH370 was lost over the South China Sea just after 1 am, unless it stayed over in Diego Garcia, it would probably have arrived over Israel in daylight. At night it would have been visible to Israeli ATC primary surveillance radars.

The Diego Garcia/Israel theory has never been a serious proposition. That it has gained such traction can only be put down to anti-Semitism.

CarNic is short for Indian Air Force Base Car Nicobar, in the Andaman and Nicobar Islands. It poses a major problem for proponents of the Southern Indian Ocean (SIO) theory. MH370 is supposed to have flown west into the Bay of Bengal, and then dog-legged around the northern tip of Sumatra, smack into Indian airspace.

This particular bit of Indian airspace is sensitive. Around 80% of China’s oil supply on the published figures (they actually get a lot of their oil from Brunei) goes through the Straits of Malacca, between the Malayan Peninsula and Sumatra. The PLA Navy has also been active in the Bay of Bengal and Burma is a Chinese client state.

The radars at CarNic have been upgraded in recent years. By 2014 the Indian Air Force have moved in an advanced 4-D, phased array system, with a range allowing it to cover Sumatra. I suspect there is also an air surveillance radar at the Indian naval base at Campbell Bay.

The base has a one-star in command – the idea that it goes to sleep at night is somewhat improbable. In addition there is the powerful Eastern Naval Command (ENC), which by 2014 had some 50 surface vessels. There is almost no chance that MH370 would not have shown up on a naval radar had it followed the predicted flight-path.

The SIO theory is simply not supported by the Indian radar evidence. Had the Indians tracked 370 they would have said so, not least as they had five nationals on the flight. The Vietnamese have also failed to support the theory, unsurprisingly.

As I pointed out last week the distance from the Deviation Point (DP) over the South China Sea to the primary search box is about 3,700 miles, give or take. You’re looking at a total distance from take-off of around 4,000 miles, yet the plane only took off with fuel for 2,700 miles plus diversion reserves, even on the official figures, of one-third.

Since the trip fuel calculation has to allow for take-off and climb you would ordinarily get something more than one-third cruising distance from one-third reserves, even so this is very tight for the SIO search box. However, MH370 wasn’t just cruising. The 777 was seen to perform radical maneuvers including a climb to maximum ceiling and a dive to Flight Level 120 (12,000 ft).  Assuming she then climbs back to cruising altitude, which she would have to, as cruising at lower altitudes consumes a lot more fuel, the plane would not have been left with enough fuel to reach the SIO. My estimate is that it would have been about 500 nautical miles short of where it was supposed to have ended up, say 500 statute miles after a glide from FL350 (35,000’).

Of course we know 370 never reached the SIO, as it would have shown up on Australia’s powerful Jindalee long-range Over-The-Horizon radar. Like the Diego Garcia theory, the SIO theory is contradicted by the facts.

Since 777 wreckage (a starboard hatch) was spotted in the South China Sea beneath the 370’s flight-path and the shoot-down was witnessed by three eye-witnesses, not to mention being caught on USS Pinckney’s radar, that is what we would expect.

The lack of patriotism of the May government, the Cabinet Office (which runs the government, with Theresa May just being a figurehead) and the Ministry of Defence has never been more starkly illustrated than by the shameful decision to scrap the aircraft carrier HMS Illustrious. She has been sold for peanuts to a Turkish scrapyard. At the very least she should have been preserved. Better still, she should not have been decommissioned in the first place. Her replacement, HMS Queen Elizabeth, is still not in service.

The last week has seen the sad passing of one of Britain’s most talented television script writers, Sir Antony Jay. He is best-known for the famous political comedies Yes Minister and Yes, Prime Minister, starring the late Paul Eddington in the title role and Nigel Hawthorne as the wily civil servant Sir Humphrey Appleby. Sir Antony co-wrote them with Jonathan Lynn.

In chronicling Civil Service deceit and delaying tactics, they were more than comedies, they were training videos. One political consultant I know in New Zealand, a smart cookie, actually used them as such.

Sir Antony was not an intelligence expert, although he did serve, with distinction, in the Royal Signals. He understood that the Civil Service was opposed to democracy and was waging war on Britain, but perhaps never fully understood why.

The answer lies of course in the creation of the Cabinet Office in 1916 at the behest of the Imperial German Secret Service. Placed in the hands of the notorious pedophile Maurice Hankey, the idea was to concentrate power in Whitehall. The disastrous influence of the Cabinet Office continues to be felt to the present day. The mad plan to sell Illustrious, whose ward-room I once graced (if that is the right word), to a Turkish scrap-yard, almost certainly came from the Cabinet Office, the most anti-British institution in Britain.

I never met Sir Antony, but I gather from all accounts that he was a splendid chap. He was possessed of a fine mind and a great wit. He will be sorely missed.

His two greatest creations will live on, however, as a monument to his brilliance. Yes Minister was already in the process of being rerun on BBC when he died. An episode, The Official Visit, was dedicated to him and rightly so. Sadly the production values did not quite live up to the very funny and insightful script. The egotistical visiting President of ‘Buranda’, a corrupt African country modeled on Zimbabwe, is shown arriving on no fewer than three different aircraft – a Boeing 707, A Bristol Britannia and a Hawker Siddeley 748/Andover.

At least there was a possibility that a visiting African president might arrive in Britain on a 707 or Britannia. A recent rerun of dear old Ironside on British TV had the great detective flying from San Francisco to Los Angeles in 1969 on a Lufthansa Super Constellation. A less suitable choice could scarcely be imagined, apart, I suppose, from a Ford Tri-Motor.

The producers of Ironside were also addicted, like a number of others, to that famous stock footage of a B-52 lowering her gear. Every plane they show lowering its gear seems to be a B-52. I know this is a favorite whinge of mine, but aviation experts like myself are available to TV and movie producers for a reasonable fee! Continuity errors and anachronisms like these one we can spot.