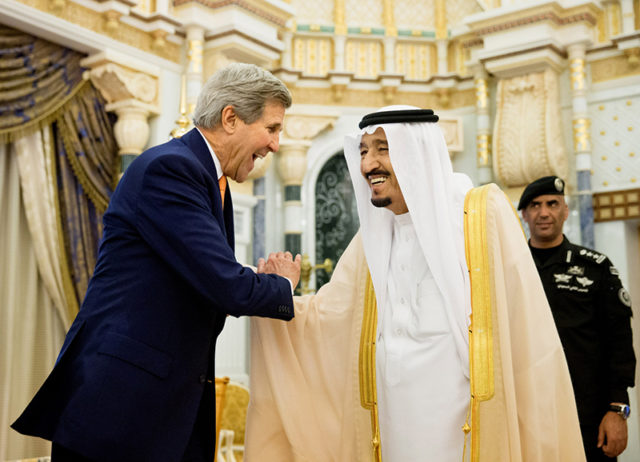 “Control of arms sales” organization Monday called for major weapons-exporting countries, including the United States, France, to halt its arms sales to Saudi Arabia because of its aggression on Yemen.

According to the agency “AFP” has appeal came during a conference held in Geneva, the second about “Arms Trade Treaty”, which began work on its implementation in 2014 include the laws of the international arms market control.

Anna MacDonald, director of the arms sales monitoring organization, said: Every day we see the devastating effects of the sale of weapons that are used against the people of Yemen.

She added that countries such as France, Britain and America continues selling billions of dollars of lethal weapons to Saudi Arabia have violated international law.

Coalition Saudi Arabia from April last year, Yemen has put intense aerial attacks. About ten thousand people, mostly civilians, in these attacks without international authorization, have been killed. She said, “Every day we see the devastating impact of the sale of weapons and ammunition to be used against civilians in Yemen.

And it requests the treaty nations to stop any arms deals, if approved at the time of sale it will be used against civilians.

In the same way, “Christine Becquerel”, a member of Human Rights Watch in an interview Monday called for America involvement in war crimes Yemen.

Riyadh is leading a military aggression in 17 months against the Yemeni pretext restore legitimacy to the President resigned and fugitive.