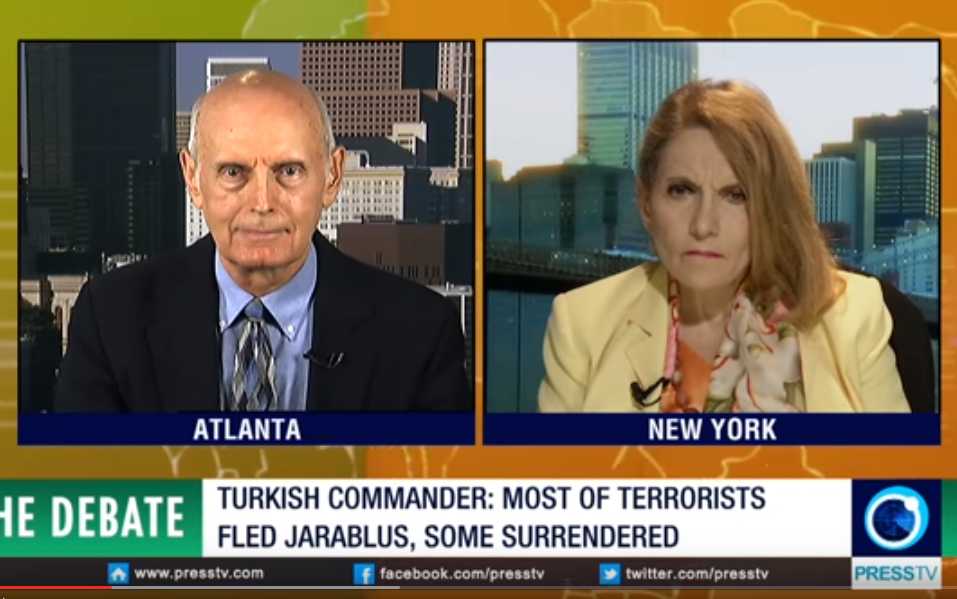 First aired on Aug 24, 2016
–
[ Note: We were able to get out in front of the Turkish “incursion” story by posing that it was the beginning of Turkey’s longed for “buffer and no fly zone” in Syria — literally a safe haven for the proxy forces it is supporting in Syria, to not only keep them supplied but to provide permanent air cover for them.
–
This in effect puts the US coalition in the position that it really wanted for getting down into the nitty-gritty of political negotiations on the future of Syria, by effectively occupying northern Syria.
–
The trade off there would be the Syrian coalition having control of Aleppo, but having less of a victory then, because Aleppo would still be within range of Turkish artillery and rocket fire, and under the threat of a strong army being able to attack south for a quick envelopment of Aleppo when it chose to do so.
–
Counteracting this would require stationing many more of the Syrian army in the north, making Damascus easier to threaten. Welcome to the West’s claims of spreading freedom and democracy. The trade off here for Syria is what looks like a common agreement of no Kurdish state being formed in the North, something there for Damascus.
–
But that would be a Pyrrhic victory, because there would then be a US-coalition Balkanization there, with the possibility that gas and oil pipelines could still be run over that territory to the Eastern Mediterranean for the EU market to compete with Russian supplies, since NATO does not want those energy exports boosting the Russian economy… JD ]
____________
–
– First aired on Aug 24, 2016 –
–

It’s called Operation “Euphrates Shield: For the first time in the war on Syria, Turkey’s army has entered Syria. This is stated to be the first major offensive into Syria against ISIL.

While Turkey’s president says operation is against ISIL and Kurdish militia, in this edition of the debate, we’ll look at why Syria says its sovereignty has been breached, why Syria has accused Ankara of replacing Daesh with other terrorist groups, why Kurdish officials warn Turkey is entering a “quagmire”, and whether this risks pitting Russia and Syria air forces against the US.