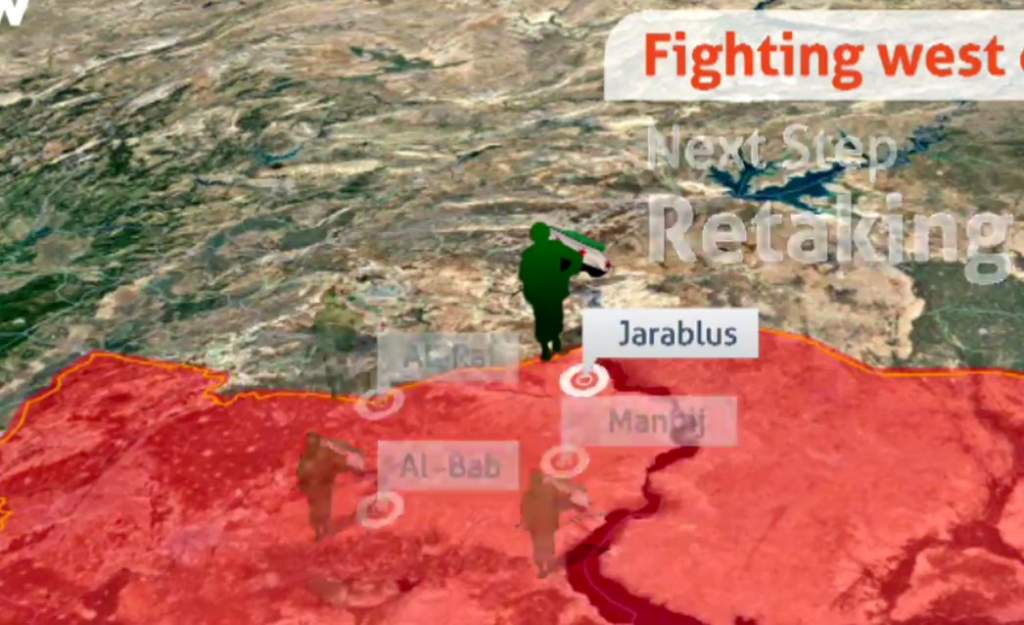 By Rudaw 51 minutes ago
double click to expand graphic/video

Media sources reported that over the past several days the FSA has retaken several villages from SDF in the south and west of Jarablus. The FSA’s main goal is to reach Manbij, from which they are now about 15 kilometers away.

“We had earlier warned forces belonging to the PKK not to cross west of the Euphrates, and also warned them to leave villages in 24 hours,” said Col. Ahmed Osman, commander of the Turkmen Sultan Murad brigade which is part of the FSA, referring to the Kurdistan Workers Party (PKK).  “We want to control Manbij,” he told Rudaw on Sunday.

The FSA plans to link both Jarablus and town of al-Rai, which are 25 kilometers apart.  Its forces want to retake the town of al-Bab, which is currently under ISIS control.

The SDF forces said that all ethnics in Manbij and the environs of Jarablus agreed to defend their areas, not allowing them to fall to the opposition.

The FSA, during operations to retake villages, took several YPG fighters as captives, among them child soldiers.  The FSA has denied it wants to target the Kurds, saying its fight is only against the PKK and its affiliated groups.

“As the FSA, we do not want to fight with our Kurdish brothers,” said Osman.