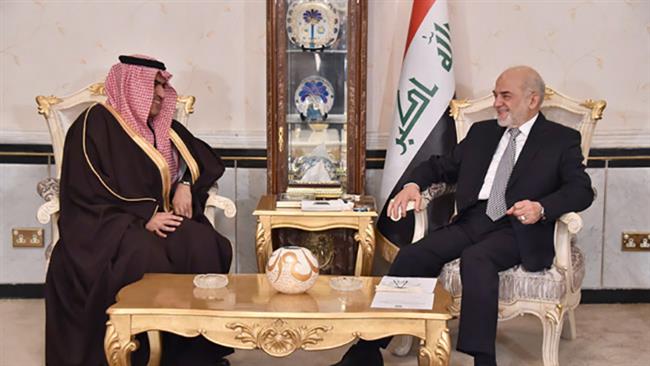 [ Editor’s Note: Oh well, no nomination for the Nobel peace prize for Gordon from Saudi Arabia again this year. Life is so unfair… Jim W. Dean ]

Press TV has interviewed Gordon Duff, a senior editor with the Veterans Today from Ohio, about the interference of Saudi ambassador to Baghdad in Iraq’s internal affairs and the Iraqi government’s response to the problem.

The following is a rough transcription of the interview:

Press TV: When you’re going to be an ambassador in a foreign country, you’re a guest in that country and your role as a representative of your country in no way allows you to offer your assistance on how the host country is to be run. Your thoughts on the Saudi ambassador wearing out his welcome in Baghdad?

Now this is only a foot in the door. But Saudi Arabia didn’t just get this embassy. They opened the second one in Arbil as well. And their intent was to coordinate sectarian violence in Iraq, which had built to a crescendo under the direct supervision of this ambassador who is in actuality a Saudi security officer, not a diplomat. He’s never been a diplomat.

Press TV: Riyadh emboldened by the Western backing that it receives, seems to want to dictate to the entire Middle East how it should be governed. In each and every country that it sets foot, it wants to have a kind of influence and wants to somehow meddle in that country’s internal affairs. Now is this the Saudis overextending themselves and their own interference, or are they just puppets carrying out the wishes of their puppet masters, hence the West?

Duff: I think right now with the diminishing power of NATO, certainly we’ve seen Erdogan take over a far stronger role. And there’s more that’s going to be seen with his actions in Syria, which are deeply paralleling what we’re seeing the Saudis doing. That relationship between Erdogan and the Saudis that we thought was breaking up, is now alive and well.

We have the Saudis in Iraq backing ISIS; we have them backing ISIS in Syria. It’s not a question, it’s not a conspiracy. And Erdogan is now in the north of Syria and he’s making war on the Kurds on behalf of ISIS again, and doing so having walked right over NATO.

The Saudis with their money, with their power, believe that they’re going to survive. What many of the rest of us are looking for [was] the belief that this war in Yemen is going to take Saudi Arabia down. And [they’re] in their last death now – brought about by this war.