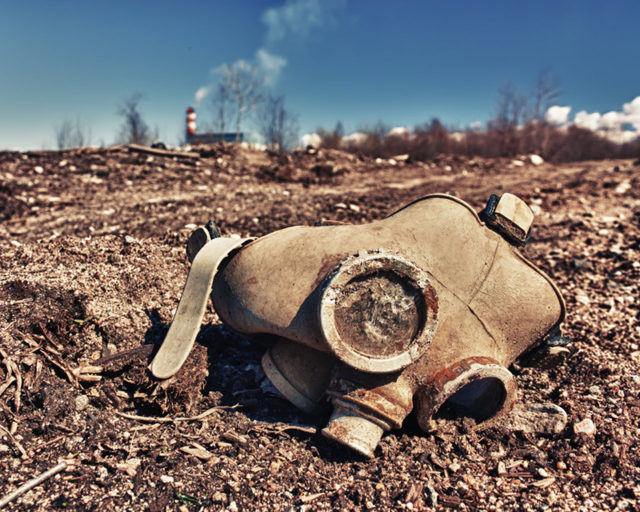 According to an investigation by US news agency, Zahran Alloush, the killed-commander of Jaysh al-Islam, “Bandar bin Sultan’s personal brigade in Syria”, was one of the terrorists who had close relationship with Saudi intelligence services, particularly the intelligence agency during the following events in Syria.

Because Alloush was an expertise in rocket attacks, he could buy 500 kilos “Sarin gas” and “Cyanide” with one of the officers’ coordination in Turkey intelligence agency named “Ayhan” from one of the countries of the Caucasus and Eastern European country. And also he could transfer these chemicals through Turkey into Syria. Since Saudi officials related to terrorists have promised to pay the cost of buying toxic gases before, he could pay back by one of the European countries local staff of the embassy of Saudi Arabia’s account to Vendors of toxic gases account.

After finding 2 kilograms of toxic gasses during transferring through turkey, this event becomes a huge scandal.

Terrorists bought Chemical gases from two European countries and transferred part of the cargo to turkey and other part to the Lebanon. They transferred all purchased chemicals in the form of 4 cargoes and under the guise of petrochemicals into Syria. One cargo from Turkey and three others from the North Lebanon were transferred to “Al-Qutayfah” With the help of a political character associated with Saudi Arabia.

Based on research, after the presence of chemical battalion of Liwa al-Islam in the village of Jobar, Syrian forces found a production workshop and warehouse of toxic chemicals, tens of mortar shells for filling Chemicals and large amounts of chemicals sent by Saudi Arabia. After chemical manufacturing workshops was found and destroyed, since early 2013 Intelligence Agency established a small workshop located in a remote region near the border of Saudi Arabia and Iraq. In the workshop terrorists related factors made the chemicals gasses ready to use on the battlefield after producing them.

According to information obtained, Saudi security forces were strictly supervised the factory’s area. The products of this small workshop were wrapped one to three-kilo packages and under different covers in an illegal way and transferred to Jordan unbeknownst to the Government of Jordan. They transferred the depot in a villa in “Ar Ramtha” to “Daraa” then to secure locations in Rif Dimashq.

According to the fieldwork investigation of two reporter of Mint Press News, a large amount of chemical weapons was being distributed in Syria especially in “Eastern Ghouta” by the Saudi Intelligence Chief Prince Bandar bin Sultan.

Based on this research, previously local fighters against the regime of Bashar Assad, who are affiliated Al-Nusra Front, have acknowledged that the weapons were imported by Saudi militant, a field commander. The Saudi militant told them Bandar bin Sultan, the former Saudi intelligence chief, provided these Chemical Weapons.

Although in a phone call with Syrian Al-Manar news agency, Dr. Hessam Shoaib, An expert on Islamic movements in the region, have disclosed that he helped Intelligence Alloush to amassed about 50 units and brigades under the heading “Jaysh al-Islam”.

According to experts, this is the motivation used for forming Jaysh al-Islam.