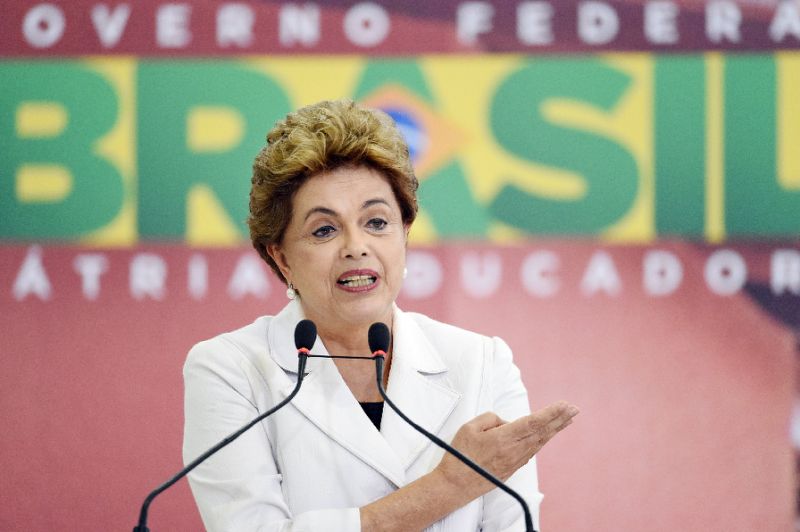 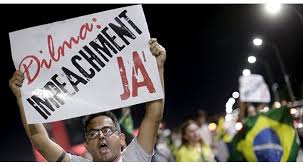 [ Editor’s Note: This has been a generally long drawn out confusing story. But it really was a parliamentary coup, as governments have shifted national account funds around to cover current shortfalls.

The U.S. is the grand Poobah of this, when its proposed plan to set up a national trust fund to hold contributions to fund future payments was replaced by the real deal. The funds were borrowed out with an IOU left to the American people… money paid in, then immediately taken out, with people thinking there was some security in that.

Dilma Rousseff is the first head of state to be impeached for something that no one had ever used before because it was so patently bogus. But it appears her opposition had big brother U.S. on its side, and they have now sworn in their party’s man as president, and the corruption investigations involving them should come to a halt quite quickly.

If the Ukraine opposition had the political juice behind them, and the US…. it could go through the Poroshenko regime like a hot knife through butter. Why do I suspect that political gangsters around the world are looking to see if they can use this method to their benefit, or something similar?

The UN’s Mr. Ban ki-Moon has put his stamp of approval on it, welcoming the new political coup government into the fold. I am looking forward to not seeing him around anymore.

I never liked the way he made a mountain out of a molehill on some things, and then totally ignored things like the substantial state-sponsored terrorism members have engaged in, even among the Security Council members, without the UN ever uttering a word of protest… Jim W. Dean ]

Venezuela and Ecuador have announced that they are severing diplomatic ties with Brazil in response to the removal of Dilma Rousseff as the Latin American country’s president.

In a statement released on Wednesday, Caracas described Rousseff’s impeachment and ouster as a “parliamentary coup”, and said it “permanently” withdrew the Venezuelan ambassador “in order to safeguard international law and solidarity with the people of Brazil.”
Ecuador also recalled its envoy to Brazil and released a statement condemning the Brazilian Senate’s decision.

“Given these exceptional facts, the government of Ecuador has decided to call for consultations the charge d’affaires to the Republic of Brazil,” read the statement.

“These unfortunate events, unacceptable in the 21st century, pose a serious risk to the stability of our region and constitute a grave setback in the consolidation of democracy,” the Ecuadorian government added.

Meanwhile, Michel Temer has been sworn in as the country’s president and is set to serve until the end of Rousseff’s term, which would have ended on January 1, 2019.

Earlier, Brazil’s Senate voted to remove Rousseff from office over her conviction of breaking fiscal rules in her management of the 2014 federal budget. Rousseff has denied the charges.

“They (Brazil’s Senate) have just impeached the first elected woman president of Brazil. There was no constitutional reason to do it. A coup was not done just to me, [but it was against] the party (Workers Party) and our party allies who have supported me,” she said.

“This was just the beginning of a coup that will indiscriminately beat back any progressive political organization – progressive and democratic,” she added.

December 2015: Brazil’s National Congress approves to open an impeachment against the president.

April 2016: The lower house of Congress overwhelmingly votes to send the impeachment motion to the upper house, known as the Senate.

April 2016: Rousseff rejects the allegations and accuses her opponents of launching a “coup d’etat” against her.

May 2016: The Senate votes in favor of her impeachment. She is suspended.

June 2016: A team of independent auditors concludes there is no evidence that Rousseff participated in budget manipulation.

August 2016: The Senate votes to hold a final impeachment trial for Rousseff as Olympics games are underway in the South American country.