“Somebody blew up America’s brains.” 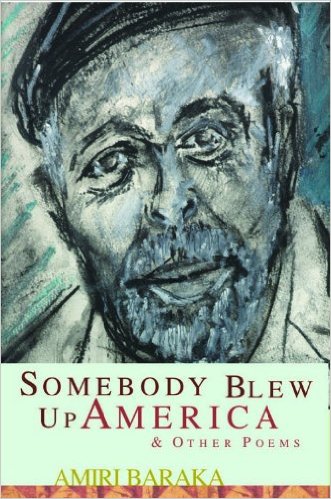 A recent study reported in Alzheimer’s & Dementia: Diagnosis, Assessment & Disease Monitoring has found “staggering” levels of cognitive impairment in 9/11 first responders. The study suggests that PTSD is the main culprit.

But 9/11 first responders weren’t the only Americans afflicted by 9/11 PTSD. According to research cited by Martha Stout in The Paranoia Switch, almost half of the US population – nearly 150 million people – suffered from symptoms of clinical PTSD after 9/11.

No wonder the “indispensable nation” is suffering from unprecedented levels of cognitive impairment.

Americans are so cognitively impaired that many of them actually believe that 19 Arab hijackers led by a guy on dialysis in a cave in Afghanistan caused three skyscrapers to explode into powder at near free fall acceleration through the path of most resistance…using only two planes.

Now THAT is impaired!

But it isn’t just first responders who are “re-experiencing symptoms.” It’s the whole country.

The same forces that orchestrated 9/11 – namely, Operation Gladio B which is essentially a joint NATO-Israeli project – continue to inflict trauma on the American people with their ongoing false flag operations.

Every time the Operation Mockingbird mainstream media trumpet a new massacre allegedly committed by radical Islamic terrorists, the whole nation is forced to re-experience, in a smaller way, the trauma it underwent on September 11th, 2001.

The American people are like a boxer floored on 9/11 by the world’s most horrendous knockout punch. The boxer gets up and staggers around, too “cognitively impaired” to see what hit him. BOOM! Another blow to the head. The boxer falls.  Then gets up, slightly more impaired. BOOM! It happens again. And again.

As the false flag operations keep hitting us, we are getting stupider and stupider.

Exhibit A: Alex Jones and his InfoWars crew.

Rhetorical Question: How stupid do you have to be to (A) understand that 9/11 was a false flag, yet (B) not understand that its whole purpose was to incite Islamophobia?

Rhetorical Answer: About as stupid as Alex Jones.

Then again, maybe Alex isn’t as stupid as he looks. Maybe he knows that if he acts stupid, he will be permitted to make a lot of money, live in relative luxury, and get invited onto big media periodically as a supposed “truther” – whose real purpose is to make truthers look like idiots. 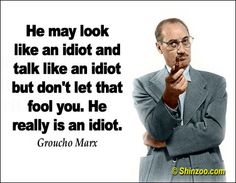 Maybe the barrage of false flag blows to the head has killed off most of Alex’s brain cells.

Which raises the question: Is there a cure for Early Onset False Flag Dementia (EOFFD)?

The cure: A megadose of truth.

My edited False Flag Trilogy, featuring 55 leading public intellectuals pushing back at the propaganda unleashed by the biggest recent false flags, provides such a megadose.

All of these books are now available in affordable Kindle editions, as well as the original paperback.

Anyone who reads all three of these books will almost certainly experience full recovery from EOFFD. And even when taken at lower doses, these books offer significant benefits, including improved cognitive functioning, enhanced reality-testing, and the elimination of paranoid hallucinations concerning such common themes as “radical Muslims hate our freedoms and want to chop off our heads and impose shariah law on our headless bodies.”

Does anybody out there know how to get these books into the hands of Alex Jones…and the tens of millions of others who could benefit from them?