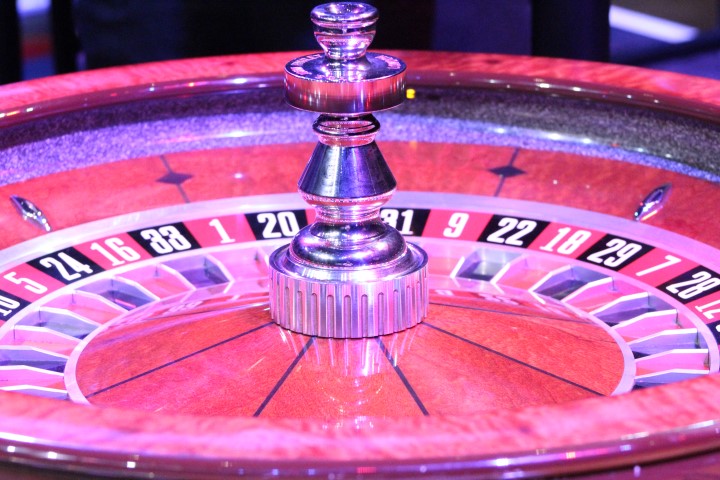 “It’s better to fix what you have than wait to get what you don’t.” – an old Arab proverb

I just finished a headline news slot for the Kerry-Lavrov press conference on their long running Syrian ceasefire talks, which they had agreed to conclude by late August.

Although they are still not 100% there, having a few last details to be worked out by their respective military technical people, the news is positive in both what they say, and not say.

The good news is the uncredited Jim Dean peace plan seems to have finally found some fertile soil. When the first Syrian ceasefire was announced and the UN’s de Mistura invited all parties to participate with no preconditions, the Saudi rump opposition group showed up with a long list of preconditions.

Their assigned task was to wreck the talks which the Saudis never wanted to have in the first place. They wanted the US military to bomb Assad into the Stone Age and put tens of thousands of US troops in to finish the job if necessary. Soldiers are slave labor to the Royals, and expect them to be cheaply used when they choose.

After the disaster of those first talks, I felt it was advisable that all those who were against the peace talks should not be given a seat at the table to be virtual peace process suicide bombers. They should be thrown out of the group so it could proceed with those who really want peace, and the rest dealt with on the battlefield.

While preparing for the PressTV Top 5 news, I quickly found the Lavrov statement where he said: “We have agreed on concrete ways in which we will work with the sides: Russia – with the government and the opposition, that is working with us, the United States – with the opposition, which is cooperating with them.”

The hammer just went down on the ceasefire deal wreckers. The “uncooperating opposition” has been banished. They can deliver their veto on the battlefield, where they can be dealt with as the other terrorists are.

The big Gordian Knot of these Kerry-Lavrov summer talks has always been separating the legitimate rebel opposition forces from the terrorists. The problem there was the later have been a key component in keeping the offensive pressure on the Assad government and Syrian Army.

Religious extremists, criminals and professional mercenaries were brought into Syrian to inflict massive crimes against humanity upon the Syria people to force them to support the overthrow of the Assad regime.

I observed the 2014 election as an election monitor in Homs, where the two opposition parties had their representatives in every single polling station and during the vote counts.

The CIA helped run rat lines from places like the Pankisi Gorge in Georgia, bringing in the combat-veteran Chechens, who had learned their trade killing Russians. And US military contractors trained newbie cannon fodder in Jordan and Turkey to be fed into the Syrian War grist mill, often changing sides and joining the terrorists for the higher pay and sex slaves.

Fighters, weapons and logistical supplies flowed through the Turkish border almost like an open bazaar all during the first ceasefire, which is how the US coalition undermined it. This included advanced weapons from the large stockpiles of the Gulf States and Turkey, and even included US-made TOW anti-armor missiles.

While Kerry and Lavrov were negotiating, the jihadis were able to pull 10,000 fighters together in an attempt to break the siege of East Aleppo, where they were almost successful.

Some observers feel they took the bait of deploying in large combat units, where the Syrian and Russian air forces pummeled them on the open outskirts of Aleppo and bombing their supply depots and command centers around northern and eastern Syria.

The Tupelov-23M bombers deploying from their Hamadan base in Iran allowed the Syrian air force to double their bomb loads and cut the time in half to reach their targets, which our Intel sources had confirmed were being warned of incoming strikes so they would have time to disperse…and by that I mean Western satellite Intel.

Frankly I did not give the Kerry-Lavrov talks much of a chance against this backdrop. And then to make matters worse, we saw a new conflict flare up between the US-backed Kurds and the Syrian Arab Army (SAA) after the hard fought success in taking Manbij from IS.

The last straw came with Turkey sending troops and armor over the border at Jarablus to run the Islamic State (IS) out of town and install its chosen opposition forces there.

The Kurds who have been fighting IS to take pressure off of Aleppo now find themselves “targets of opportunity”, as Turkey claims it will bomb terrorists of their choosing, and the US provided air cover for the Jarablus incursion when the Turkish air force could have easily done so.

I immediately saw Turkey was getting its long-awaited buffer and no fly zone along its Syrian border. So far, all the other national players seem to have agreed to go along with it, as none have protested. What Turkey and friends decide to do with their buffer zone remains to be seen.

Will they provide a safe haven for Syrian rebels where they can rest and rearm without fear of being bombed? Will endless supplies be made available to them if they remain cooperative proxy forces?

While I read all the nice sounding comments about respecting Syria’s territorial integrity, has that not already been violated by what seems to be a Turkey-US Coalition partitioning while I type?

If so, the question now is what do those who have not protested these actions get in return? Was it an agreement to throw the rump opposition groups out of the talks? Was the timing of the Turkish move into Syria a condition of getting a “stake in the game” so to speak, to get its cooperation in a Syria resolution, knowing that a Kurdish state will not appear one morning on its border providing safe haven for what it deems to be Kurdish terrorists in Turkey?

One huge clue was how quickly the YPG Kurds were thrown to the wolves. Were all or some of these events a result of behind the scenes agreements being made not only on the general ceasefire, but the Aleppo one as well? Did it include the US telling its Kurdish proxies that we would provide them air cover from both Syrian and Russian planes if they followed their instructions well?

Do all the above-mentioned parties want to calm Syria down so that full attention can be given to the pending Mosul battle? And by that I mean making sure that thousands of hard-core jihadi terrorists cannot escape (nor be allowed to) so they can redeploy to a newly assigned jihad.

Both Iraq and Syria have routinely allowed escape routes to be left open for jihadis to retreat out of concern for incurring more deaths among their own troops in a “fight to the death” brutal street combat.

But I hope someone is paying attention that allowing the monsters in Mosul to just exit the city after the carnage they have inflicted would be a huge injustice to all their past and future victims.

As I get older, I get tired of watching what is often called a military success, when it is actually a passing of a big problem onto someone else’s plate. This is even worse with the terrorism game, as you are letting highly trained terrorists, including their leaders, be thrown to the wind to multiply like a virus.

Color me suspicious if I don’t feel that such “mistakes” are often made on purpose, where certain Intel agencies are getting their key terror proxies out of a battle so they can be the nucleus for the next one down the road.

Despite all of these questions and fears, we pray that the long suffering people of Syria and Iraq will see an end to their torment that is not the comfort of the grave.