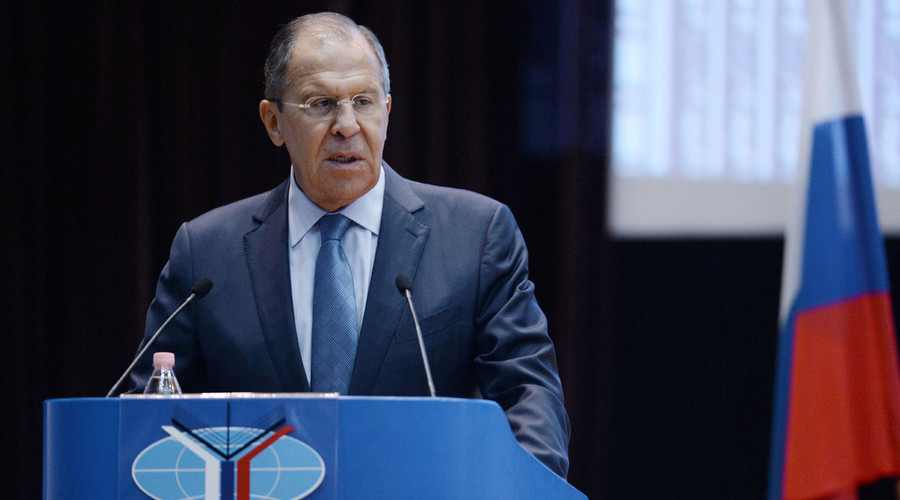 Foreign Minister Sergey Lavrov speaks at a meeting with students and faculty of the Moscow Institute of International Relations (MGIMO) to mark the beginning of a new academic year. ©
Valeriy Melnikov / Sputnik

The US may be conducting biological research that is “not entirely peaceful,” as Washington opposes the idea of tightening international control over biological weapons, Russian Foreign Minister Sergey Lavrov has said.

America’s staunch opposition to Russian efforts to create a monitoring mechanism for the execution of the Biological and Toxin Weapons Convention (BTWC) indicates that the US may be conducting militarized biological research, Lavrov said in his yearly address to future diplomats at the Moscow State Institute of International Relations (MGIMO).

Russia is developing a supervision mechanism for the observance of the BTWC, Lavrov said, stressing that most countries support this move while the US actively opposes it. 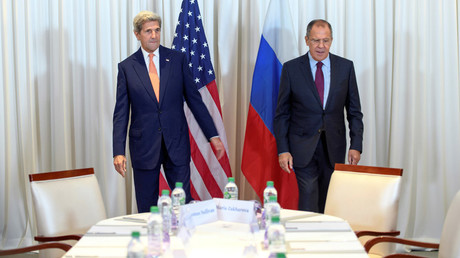 “It is known that the US has a number of projects in the field of biological research, particularly some joint research programs with our neighboring countries,” Lavrov said.

He added that the refusal of the US to create a monitoring mechanism for the execution of the BTWC indicates that “these projects are not entirely peaceful.” He also stressed that the US has shied away from discussing the issue.

Lavrov also said that Russia has developed principles for the creation of a convention on combating chemical and biological terrorism in cooperation with China, adding that this idea is widely supported.

US rejected Russian offer for cooperation on cyber-security

The US has shown no interest in cooperating with Russia on the issues of cyber-security, the foreign minister said as he delivered a speech to first-year MGIMO students on September 1.

He said that many Russian citizens accused of cyber-crimes by the US were detained in third countries and illegally transferred to America in the past. At the same time, Russia’s Prosecutor General’s Office still has not received any official answer from the US on its offer of cooperation, which it sent almost a year ago.

The US Department of Justice (DOJ) refused to give Russia any official written answer while several department officials said they “see no sense in such cooperation,” Lavrov said. 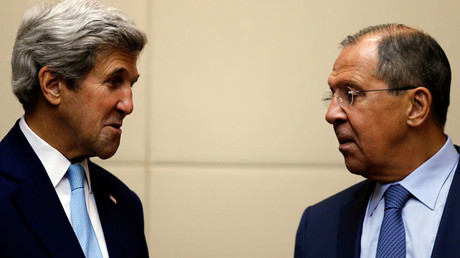 Lavrov also said that he had repeatedly discussed the issue with US Secretary of State John Kerry, who called the DOJ’s position “wrong” and said he would try to change the situation.

No prerequisites for new Cold War

The Russian foreign minister said that he sees “no prerequisites” for a new Cold War and called such a development “unlikely.” He also said that the current situation in the international arena “significantly differs” from the one that existed during the Cold War.

“In contrast to that period, we do not have ideological differences,” Lavrov said, adding that Russia and the US now have common principles, which the two countries share as members of the UN and OSCE.

At the same time, he stressed that many modern problems arise from the fact that Western countries and particularly the US are still trying to maintain global dominance and impede the formation of a new polycentric international system based on “mutual concessions and respect as well as understanding.”

Some countries try to impose their will on other states and resolve international problems in a way that only fits their own interests, Lavrov said.

“In fact, they pretend to have a monopoly on the truth and use a number of illegitimate coercive measures and unethical means to influence their partners, [such as] rewriting history or aggressive propagandist media campaigns, unilateral sanctions or sponsoring coups as well as fueling regional conflicts and direct military intervention,” the foreign minister said, apparently referring to the current policy of the West towards Russia, Ukraine and the Middle East.