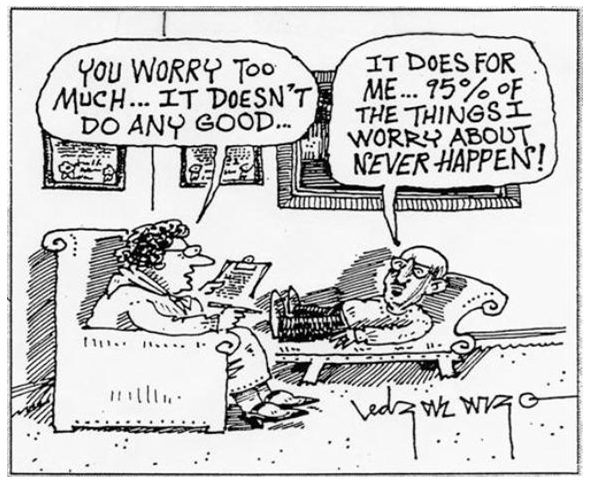 Has our world suffered with so much misery, pain, and death because of our predominant attitude of:

Why worry about something you can’t do anything about?

Has this apathetic attitude resulted in the forfeiture of our God-gifted and sovereign free will, putting us at the mercy of a powerfully united negative force?

Has humanity lost so much free will, through apathy and ignorance, that we can only add to the growing consensus of negative free will by the exercise of no free will at all?

Must we have some free will left in order to use it in a positive fashion?

If you do worry about the state of man and his environment, does that mean you are paying attention?

The dark Controllers of our world engineer something for us to worry about daily, then broadcast that bad news constantly in their corporate media. Along with those purposely caused and widely broadcasted atrocities, come the warnings of how worry creates stress, and then stress makes us sick. These warnings about stress and its dire results have come to be so ubiquitous that some of us have become stressed merely worrying about becoming stressed.

The corruption, lying, and deception of our charlatan leaders in government, corporations, and media outlets has become so structural that those who are well informed have come to expect it.

The writer William S. Burroughs said, “We must all face the fact that our leaders are certifiably insane, or worse.”

But rather than face the deplorable situations in our country, most of us tune out and leave it all up to others. After all, why worry about something you can’t do anything about?

And there goes our free will, just as the dark Controllers have long planned. Free will, like a muscle, will atrophy without use.

Ranging from fatally slow to fast, and even faster, our emotions, attitudes, and everything in our physical world vibrates with its own frequency and unique signature, which proves all of our materiality and emotions are of an energy of one kind or the other.

Unconditional love has the highest vibration, with hate, revenge, and fear at the bottom rungs. Enlightened spiritual beings naturally resonate with the higher vibrations, but lose their enlightenment as they lose their free will powers.

Would physical or spiritual energy exist without us?

Could we exist without any kind of  energy, spiritual or physical?

Those who answered Yes and then No could be called “Other Determinists,” those who deny free will as a universal constant.

Those who answer the above two questions with a No and then a Yes could be termed “Self Determinists,” those who posit a free-will universe, wherein:

Something can be done about anything with enough free will, as the soul is senior and separate from energy. Souls create energy and interact with it. Souls can, however, become confused and think energy is senior to them, and even get lost in energy.

Free will itself can obviously be either negative or positive. Ivory poachers who shoot and kill an African elephant are patently demonstrating negative free will.

Those who nurse a sick elephant back to health are, of course, demonstrating positive free will. Enough postulated positive free will results in reduced or no negative action for others. In other words, if enough people in the world knew about the plight of elephants being killed for their ivory, and they collectively decided it will stop, it would.

The omnipresence of free will – both positive and negative – in our world can hardly be argued. What is now indeterminate is whose free will shall prevail: Our positive free will or the negative free will of those of the International Monetary/Banking Cartel?

These questions are determined by who is the stronger, by who has the most agreement from others.

And as a corollary, free will not exercised will eventually become free will lost, until it’s regained.

The main reason for governments having hundreds of thousands of pages of poorly written laws (and ignorance of those laws being no defense) is to make us feel helpless in the exercise of our free will.

Any nation with more regulations, laws, and orders than any person can know and understand is clear evidence of tyranny – a tyranny engineered and implemented by ill-intended free will.

We the people of Earth have so blindly and freely given away our free will to the much smaller dark cabal of power-seekers that those forces have become more powerful than us, the vast multitudes.

These deceptive dark forces have used what was once our free will in a mix of negative ways, until the prevailing attitude on Earth has come to be, perhaps, the most negative attitude possible …

Why worry about something you can do nothing about, never realizing the overwhelming sovereign power of billions of people’s collective free will. 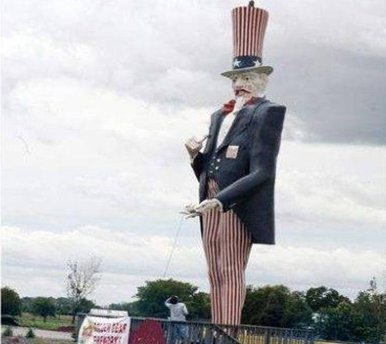 When the negative free will of Uncle Sam gets so much bigger than the exercise of no free will by Americans, Sam is no longer a kindly old uncle; he becomes our lord and master, who determines who prospers and who starves – who lives and who dies.

Enlightenment must precede the positive intention of free will, in our free will universe.

“Evil and malevolence act secretly and deceptively. Before one can transform, exorcise, or reverse evil, one must know its nature and source,” (Gary Witherspoon in Language and Art in the Navajo Universe).

To recapture one’s free will one must fully understand how they lost most of it through apathy, ignorance, trickery, and false beliefs to the overlords of darkness, and how that lost free will was used for negative purposes.

We would have to see through the veil of the bogus left/right paradigm that is well promoted by the well-paid, but disingenuous sophists of the corporate media.

Visualize and intend an honest US Treasury Department taking back our issuance of money and credit from the private overlords of finance, those of the International Banking Cartel and those in our government who helped them steal our money and credit from us. In doing so, the power and glory of life will return to us – the people of America.

With the exercise of enough positive free will we could end our endless wars, embargos, and tortures on largely defenseless nations and innocent people; and the power and glory of life would return to us – the people of America.

Liberty is not a cruise ship full of pampered passengers. Liberty is a rescue vessel, and we are all crew.

With enough positive free will, we could turn Earth into the paradise the eternal God meant it to be, and the people of Earth could bask in a Golden Age – an age, we brought about, by simply enough of us using our Godly endowed potential for positive free will in our free will universe.

Post Script: Because I have always included my email address with all my articles, I receive lots of replies. The response below is to an earlier piece, which helped me in the formulation of the above commentary.

Jack, I’m happy for your passions. Although I support them, I am not interested at this point in my life.

My interests have turned more introspective. The world can just go by. I admire your prolific bent through. Must be honest.