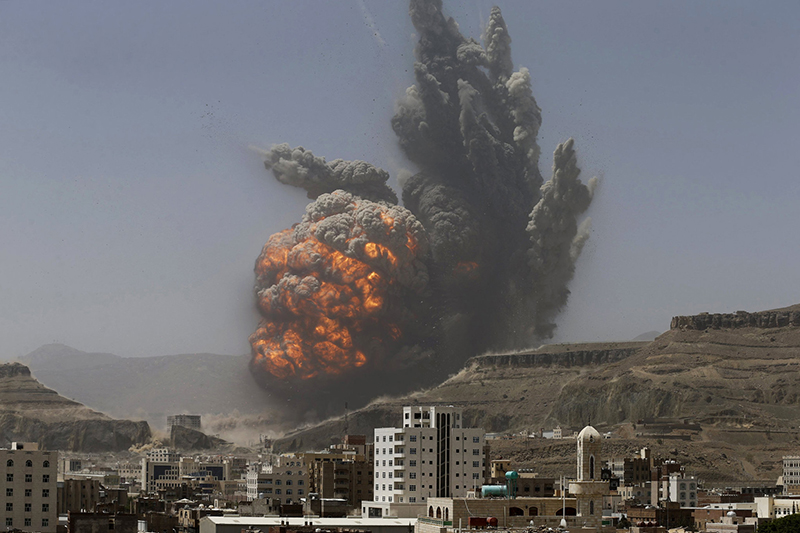 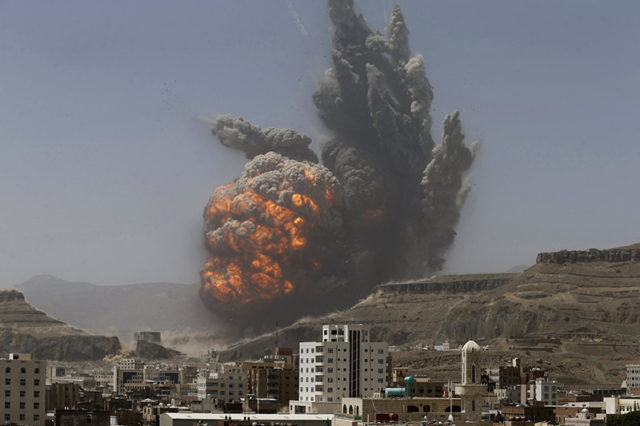 Just some days away from Geneva summit, it was made public that bombshells from Saudi jets have taken the lives of 105 innocent civilians in Yemen. Thomson Reuters Corporation in a report on behalf of the anti-bombshell coalition mentioned these missiles which can be fired on the ground or in the air are capable of turning into hundreds of smaller bombs influencing a larger area. These smaller splinter versions of these bombshells survive on the ground and act as a potential threat like a landmine. Due to their miniature design looking like a toy, these bombs pose a great danger to children. The report issued by the “control group of land mines and missiles” says 105 Yemeni people including children lost their lives; to add fuel to the fire, the possibility of more casualties is not remote.

This report is out just before the “missiles and bombshell convention” which is taking place in Geneva on September 7th. With 7 other countries joining the convention, the countries in this convention raised to 119.

In this report, there has been no mention of the victims’ toll in 2014. However, it is mentioned that out of 417 who lost their lives 105 victims most of whom are children are killed by bombshells and missiles fired by Saudi Arabia in Yemen.

According to one of the Iranian media managers, Saudi government has launched five new satellite networks against Iran and the international Shiite community. The presenters and conductors of these television networks hurled vicious insults, without any courtesy. These presenters insult in the form of vilification of honor against Shia. Over the past few years, this amount of vilification of social media was unprecedented.

He added, Saudis try to overthrow the Islamic government by stimulating the Sunnis living in Iran.

One of the measures of Persian-language network is referring to the Shiite weak narrations and making divisive discussions.