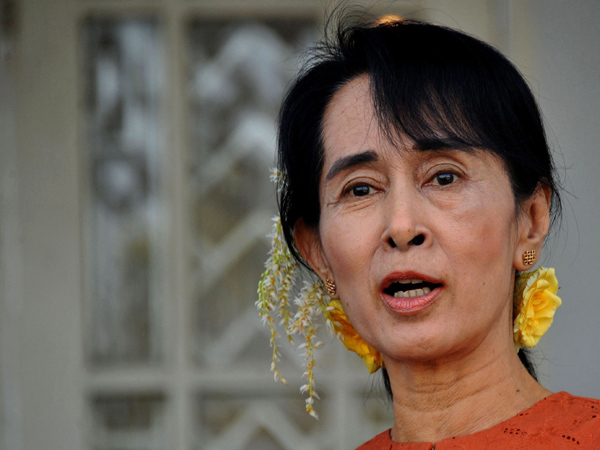 Aung San Suu Kyi on Wednesday described Myanmar as a great opportunity to put an end to ethnic tensions in several regions of the country, promising that in historic negotiations held by the government under her leadership, equal rights and respect will be guaranteed.

Myanmar leader delivered this speech in the beginning of the five-day meeting known as “Myanmar Peace Conference” held for the purpose of putting an end to the decades of unrest by separatists, which has left thousands of people dead.

Delegates from 17 to 20 local groups comprising almost 40 percent of the country’s population have attended this meeting.

This conference has been named “21st-century Panglong” in remembrance of “Panglong Peace”, a treaty attained in 1947 in a meeting mediated by General Aung San, Aung San Suu Kyi’s father and independence hero in this city. At the time, Myanmar, formerly Burma, was still run by Britain.

Despite Ms. Suu Kyi’s statements over the past few months, violence against Muslims has spread in all parts of the country while last year, it was limited only to the Western state, Rakhin.

Aggressive and invasive groups from Buddhists which are in relationship with the military campaign “9 6 9” meaning “nine special qualities of the Buddha, 6 manners of Buddhism, and 9 qualities of monastic life’ have attacked Muslims in such cities as Meiktila, Naipiada, Bago, and recently Yangon, the largest city of this country.

Many Muslims in Yangon, and other cities do not dare to go to the mosques, enter Islamic grocery stores, or show their Islamic identity to others outside their houses and stores. Over the last two years, at least a 100 thousand of homeless Muslims and thousands of other Muslims have been killed.