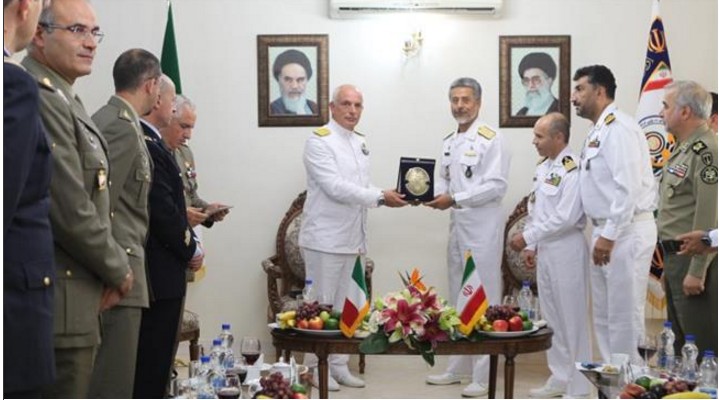 An Italian military delegation has traveled to Iran to discuss the enhancement of bilateral military ties, and has invited Iranian naval groups to visit Italy’s territorial waters.

The five-member delegation, headed by Rear-Admiral Roberto Chia Marcella, is in Iran on a five-day visit. On Monday, the delegates met with Iran’s Navy Commander Rear-Admiral Habibollah Sayyari to discuss the development of ties.

Extending the invitation to Iran, Chia Marcella said, “In the future, we will witness Italian vessels berthing at [Iran’s] southern harbors falling within the Iranian Navy’s sphere of operation.”

“It is certain that these talks and meetings will lead to the development of interaction and cooperation in different military areas between the two countries of Iran and Italy,” he added.

Sayyari also underlined the importance of Italy’s geopolitical position in the Mediterranean Sea and said, “Italy enjoys around 8,000 kilometers (4970 miles) of maritime border and the Mediterranean is [also] strategically very significant given the fact that it connects the important Suez Canal and the Strait of Gibraltar.”

In recent years, Iran’s Navy has increased its presence in international waters to protect naval routes and provide security for merchant vessels and tankers.