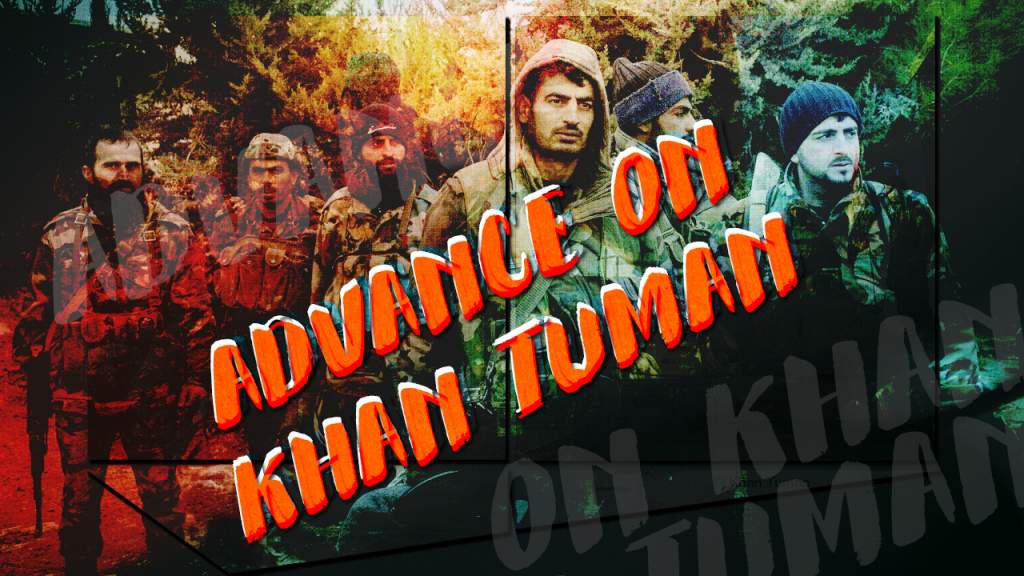 The Syrian army, the National Defense Forces (NDF) and the Harakat Hezbollah al-Nujaba, supported by the Russian Aerospace Forces, have captured the Khan Tuman depots and deployed in the outskirts of this strategic town in southern Aleppo.

The Syrian government forces have also encircled Jaish al-Fatah militants at the disputable town of Qarassi southeast from Khan Tuman.

In a separate development, the Syrian army and Hezbollah have set control of the Ramosueh Garages in southwestern Aleppo that allows them to control the strategic Ramouseh Roundabout in the area.

Meanwhile, reports have appeared that Brigadier General Tamer al-Dakhil from the Republican Guard has been appointed as a new chief of the Military Security Committee of Aleppo city.

After the recent advances of pro-government forces, the strategic situation of Jaish al-Fatah operation room in the area of Aleppo has become awful. If militants are not able to defend Khan Tuman and restore pressure on the Syrian army and its allies in the Ramouseh Artillery Base, they will likely lost all their territories in and near Aleppo city.

A commander of the Quds Force of the Iranian Islamic Revolutionary Guard Corps (IRGC), Maj General Qasem Soleimani, has been spotted at frontlines in southern Aleppo. A photo of the commander of the pominent Iranian special force unit was released at various pro-government social media accounts on September 6. Soleimani was reported among the Harakat Hezbollah al-Nujaba (Iraqi Shia paramilitary) fighters that support the Syrian army in clashes against Al Nusra Front and its allies in southwestern Aleppo.

Pro-government sources say that Soleimani arrived Syria in order to discuss the ongoing offensive in Aleppo. Major Duraid Abu ‘Ammar of the Syrian Arab Army’s “Tiger Forces” was likely his most important meeting.