Today’s conspiracy theories are fueled largely by anti-Israel sentiment. These authors reference and reinforce each other’s work and blame Israel for numerous “false flag” operations, not limited to 9/11. Among the key figures in this group, identified by ADL, are Bollyn, who bills himself as an “investigative journalist”; Gordon Duff, who runs the site Veterans Today; Alan Sabrosky, a former U.S. Army War College instructor who writes for Veterans Today, and Kevin Barrett, who has a radio show called “Truth Jihad.”

Though I’m happy to be ranked among such luminaries, why are they calling me “anti-Semitic” for (accurately) blaming Zionists for 9/11?! I have never heard anyone called “anti-Islamic” for (inaccurately) blaming ‘Islamic extremists'” for the same crime. Why the double-standard?

I bash the Saudis just as vehemently as I bash Israel – as the video above shows. Yet I never get called an “Islamophobe” for bashing the Saudis.

Even in some quarters of the 9/11 truth movement, it’s fine to blame Saudi Arabia for 9/11, even though they were just patsies used for demonizing Islam on behalf of Zionism. Yet speak a word of truth about the Israeli role on 9/11 and you’re “controversial” or worse.

This morning in Berkeley, CA, en route to the 9/11 Truth Film Festival, I tuned in to a local Pacifica station, where Craig Unger and the Jersey Girls made it clear that the LIHOP “blame the Saudis” version of 9/11 truth is acceptable…but stronger and more truthful stuff is not.

Bottom line: Somebody is prejudiced…but I don’t think it’s me.

Saudi Arabia’s Grand Mufti Sheikh Abdul Aziz Al ash-Sheikh has raised controversy by making some blatant remarks about the Iranian people, suggesting that they are not Muslims and that they have a deep animosity towards Sunnis. Press TV has talked to Kevin Barrett, editor of Veterans today, about the cleric’s contentious statements.

Press TV: Why do you think this Saudi cleric would blast Iranians as non-believers?

Barrett: I guess it is part of the propaganda offensive that Saudi Arabia has been waging against Iran and against Shia Islam in an attempt to create sectarian strife in the Muslim world.

This has been going on since 2006-07. During that period, Hezbollah had actually been succeeding in defeating the Israeli occupation of Lebanon, and all over the world, Muslims of all varieties were cheering for Hezbollah and the axis of resistance. At that point, I believe that the decision-makers in Tel Aviv and their minions in Riyadh decided that something had to be done. And the Saudis began using their billions of dollars in unearned oil wealth to fund this propaganda campaign aimed at dividing and conquering the Muslims. It is not surprising that this is coming out of Riyadh. Because the ruling family in Saudi Arabia comes from a line of bandits who used to rob and murder and plunder the pilgrims going to Mecca. And Wahhabi[sm] arose as kind of extremist, violent movement that slaughtered Muslims [whom] they did not approve of.

So there is a very sordid history to the government in Riyadh and they seem to be ratcheting it up. That is really unfortunate because the entire Muslim world needs unity right now more than ever.

Press TV: Can you elaborate on the Wahhabi ideology and how it has influenced or impacted global terrorism?

Barrett: It has been a source of not just terrorism, but it has also been a perfect patsy for those forces in the Western world, led by the Zionist extremists around [Israeli Prime Minister] Netanyahu, who want to demonize Islam and convince the world that Muslims are terrorists.

And because this Wahhabi ideology can be so fanatical, those people who are very unsophisticated and can be very violent and extremist, have fallen into the trap of playing the role of Muslim terrorists on television basically. This has worked against Islam. We have had an Islamic awakening going on for decades now. The backlash from the enemies of Islam has been able to use this Wahhabi movement to convince the world that there is such a problem with Islamic activism. And there is not.

Islamic activism, by and large all over the world, is a positive force for change in the right direction. But this extremist Wahhabi obscurantism revels in ignorance and openly calls for killing people who do not have the right religious beliefs and practices. This is something that has almost disappeared from the civilized world today. But we still hear this from certain quarters of Saudi Arabia. It is very unfortunate when leading figures like this Imam – or whatever he calls himself – put out this kind of outrageous rhetoric. This is basically a call to murder people based on their nationality and presumably based on their Madhhab or school of Islamic law. It is completely unacceptable and the people of Iran and Muslims of the world deserve an apology. 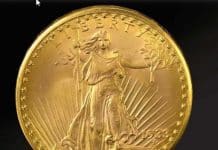 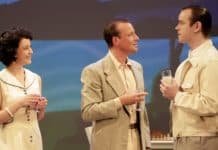 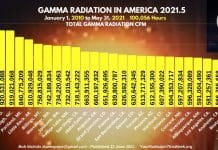 Breaking/Exclusive 2021.5: There is Evidence Someone is Attacking the US with Deadly Levels of Radiation and it is being Covered Up

NEO – Israel: The New Rules of the Game

Disturbing and Mysterious Death of 18yo Camilla after Vaccine. AstraZeneca’s Jabs...