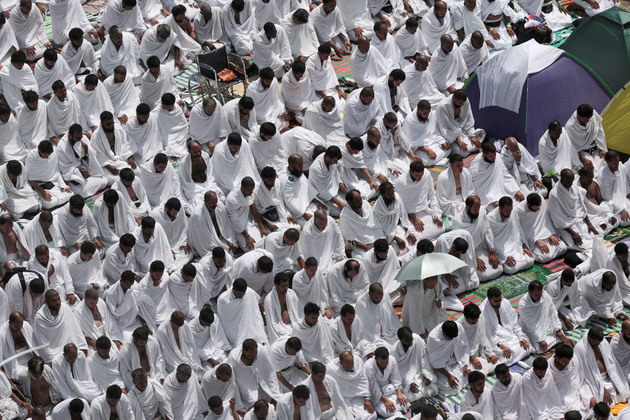 Reuters wrote in a report: It’s been over a year since the worst Hajj tragedy in recent generations. Saudi authorities issued a bracelet in this year’s Hajj actually an ( ID) for each of the pilgrims and the Electronic Surveillance cameras by monitoring the crowd in order to prevent last year’s disaster in Mena through which hundreds of pilgrims lost their lives in a crush in the crowd.

According to Reuters, last year’s disaster in Mena heavily damaged the already dark relations between Saudi Arabia and Iran.

Iran and Saudi Arabia have failed to reach an agreement on the matter of Hajj this year, and the Tamattu Hajj rituals are being held without the presence of Iranian pilgrims.

Hajj is the largest annual gathering of Muslims throughout the Muslim world. This year, just as it did in the past few years at least, 2 million pilgrims from dozens of countries are present in the Islamic Hajj.

According to Reuters, this year, there are concerns over possible terrorist acts of groups like ISIS, in addition to the tragic incident of Mena. In early July, a suicide bomber blew himself up, killing four Saudi soldiers in the city of Medina. After Mecca, Medina is the second holy city in Saudi Arabia.

The Saudi government’s investigation report on Mena tragedy has yet to be published. But Saudi officials have claimed the main reason for the disaster was ignoring the rules by some caravans of pilgrims.

According to Reuters, this year, to avoid repeating the tragedy, stricter population control laws will be applied and thousands of employees, doctors and security forces have been on alert for the same purpose.