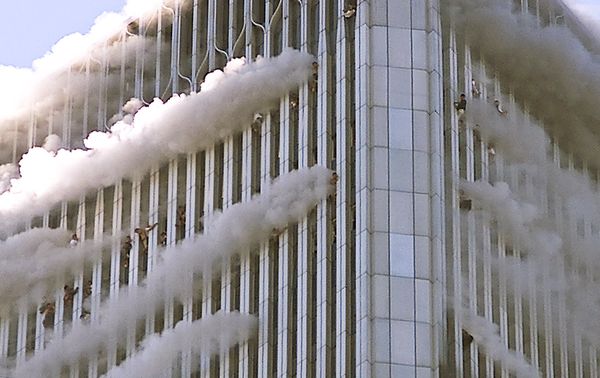 Like a giant smoldering edifice the official 9/11 story is chock full of holes in which individuals were not held responsible for their actions, the truth was continually short-circuited and much information was based on secondhand C.I.A. and Pentagon “torture” reports. Over 80% of Americans still rightfully reject the official 9/11 story: Allen L Roland, PhD

“The 9/11 Commission now tells us that the official version of 9/11 was based on false testimony and documents and is almost entirely untrue. The details of this massive cover-up are carefully outlined in a book by John Farmer, who was the Senior Counsel for the 9/11 Commission.

Farmer, Dean of Rutgers Universities’ School of Law and former Attorney General of New Jersey, was responsible for drafting the original flawed 9/11 report.

Does Farmer have cooperation and agreement from other members of the Commission? Yes. Did they say Bush ordered 9/11? No. Do they say that the 9/11 Commission was lied to by the FBI, CIA, Whitehouse and NORAD? Yes. Is there full documentary proof of this? Yes.

Farmer states…“at some level of the government, at some point in time…there was an agreement not to tell the truth about what happened... I was shocked at how different the truth was from the way it was described …. The [Norad air defense] tapes told a radically different story from what had been told to us and the public for two years. This is not spin.”    Gordon Duff / Salem-News.com / September 11, 2009  See article ~

The ultimate truth is a  Unified Field of love and soul consciousness that lies beneath our deepest fears and deceptions but we continue to resist this innate pull at our universal risk ~ while the 9/11 official story is the ultimate lie or deception of our modern era and demands an Independent Investigation.

A UNIFIED FIELD OF LOVE AND BROTHERHOOD

It took great courage to surrender to love, face my demons and discover and share this Unified Field of love and soul consciousness that exists not only beyond time and space but also beneath our deepest fears and whose principle property is the universal urge to unite.

It took even more courage to reveal and share the edifice of fear and ego consciousness that are the underpinnings of our present dark side fear driven foreign policy as well as American exceptionalism as witnessed in the official 9/11 story ~ which still, after 15 years, defies logic and vainly cries out for an Independent Investigation.

As an example of this prevailing dark side mentality and ego consciousness, which most certainly was capable of facilitating 9/11 if not constructing the 9/11 official story ~ here’s a current must see Real News video interview with Robert Scheer, Editor in chief of Truthdig, discussing the  moral consequences of our dark side War of Terror against innocent civilians in Laos, Cambodia, Vietnam and now Yemen ~ which most certainly could include the mentality behind the apparent false flag terrorism of 9/11. “If the word ‘terrorism’ has any meaning, it applies to the US bombings in Laos, Cambodia, Vietnam and also Yemen,” says Scheer ~ 12 Minute video interview

As WSWS correctly wrote this week ~ “This coming Sunday marks 15 years since the attacks of September 11, 2001. These attacks, which have never been subject to a serious independent investigation, were utilized to justify a campaign of war and violence in Central Asia and the Middle East and a vast expansion of police-state powers at home.”  See article ~

Every six months I return to the 9/11 scene, not to fan the flames but, instead, to review the growing number of unanswered questions ~ particularly in light of the growing public awareness of the deceptions, lies and abuses of power by the Cheney/Bush Administration, which was continued by the Obama administration and most likely was accelerated by the 9/11 official story.

According to a New York Times/CBS News poll, only 16% of Americans think the government is telling the truth about 9/11 and the intelligence prior to the attacks.

A Zogby poll also reveals that over 70 million voting age Americans distrust the official 9/11 story and support a new investigation of possible U.S. Government role in the attacks.

With that in mind, and instead of listing the top 20 reasons to question the official 9/11 story ~ why not list 70 reasons in honor of FBI Agent Harry Samit, who before 9/11 sent 70 communications to supervisors warning them of Moussauoi’s plan to hijack a commercial jet and crash it ~ all to no avail ~ and who said  to his superiors, “…If you’re not going to advance this the FISA route, or if you don’t believe we have enough for a FISA, I shudder to think ~ and that’s all I got out .. for then [Supervisory Special Agent Mike Maltbie] cut me off and said, ‘You will not question the unit chief [David Frasca] and you will not question me. We’ve been through a lot. We know what’s going on. You will not question us.’”

In essence, the constitution was suspended by our government, spearheaded by Dick Cheney, for national security reasons ~ as explained by former NSA senior executive Thomas Drake in an interview with Real News host Paul Jay. Listen closely as they talk about the government “dark state” and how 9/11 opens up disturbing questions about US power, who we are, who’s in charge and the secret subversion of the U.S. constitution.   Thomas Andrews Drake is a former senior official of the U.S. National Security Agency (NSA), decorated United States Air Force and United States Navy veteran, computer software expert, linguist, management and leadership specialist, and whistle-blower. In 2010 the government alleged that he ‘mishandled’ documents, one of the few such Espionage Act cases in U.S. history. His defenders claim that he was instead being persecuted for challenging the Trailblazer Project. Watch closely this 25 minute YouTube important interview ~

The president of the United States, when informed that a second plane had struck the World Trade Center, continued to read about a pet goat. ( My explanation) Bush knew something big was coming down and he was obviously awaiting instructions from Dick Cheney who was in full command that day ~ see # 5. Why do you think that Bush and Cheney agreed only to be interviewed together by the 9/11 commission ~ and NOT under oath. 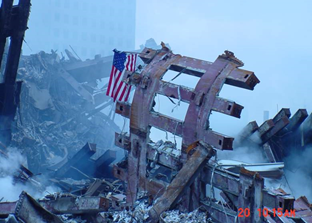 Senator Carl Levin: “Was that order that you just described given before or after the Pentagon was struck? Do you know?”

Air Force General Richard Myers: “That order, to the best of my knowledge, was after the Pentagon was struck.”

Reality intrudes. It became “clear what the threat was,” the moment the first hijacked airliner struck the North Tower at 8:45am. This congressional testimony is inexcusable and grounds for investigation into criminal negligence, dereliction of duty, and treason.

“A lawyer speaking for (FBI Special Agent) Wright after 9/11 will blame Assistant Attorney General for the Criminal Division Michael Chertoff for refusing to take Wright’s concerns seriously before 9/11.” Chertoff will later be appointed to become head of the Orwellian-named Department of Homeland Security.

“Larry Klayman, one of two lawyers now representing [FBI Agent] Wright, later says he calls the Justice Department a few days after 9/11 and asks that Wright be allowed to present his issues to Attorney General John Ashcroft. Klayman claims he receives a reply from Michael Chertoff, then head of the Criminal division, who refuses to meet with Wright and says, “We are tired of conspiracy theories.”

FBI Agent Wright says at his press conference: “Corruption is knowing when something is not being done, knowing when the American people are being left unprotected and when you make a decision not to do something to protect the American people… And you effectively allow 9/11 to occur. That is the ultimate form of government corruption-dereliction of duty. That’s subject in the military to prosecution, to court martial…. Frankly, if not treason.”

“‘Mr. Ashcroft told you that he did not want to hear about this anymore,’ Democratic commission member Richard Ben-Veniste asked on April 13. ‘Is that correct?‘”

“‘That is correct,‘ Pickard replied.”

Another FBI translator, who had been “shielding” the targets of FBI investigations, told Sibel Edmonds: “”Why are you doing this, Sibel? Why don’t you just drop it? You know there could be serious consequences. Why put your family in Turkey in danger over this?”Sibel Edmonds’ sister was reportedly sought by Turkish police shortly after this incident.

“One FBI official familiar with the case will later complain, “[The CIA] purposely hid [Almihdhar] from the FBI, purposely refused to tell the bureau. …And that’s why September 11 happened. …They have blood on their hands.” [Bamford, 2004, pp. 224, A Pretext for War: 9/11, Iraq, and the Abuse of America’s Intelligence Agencies] 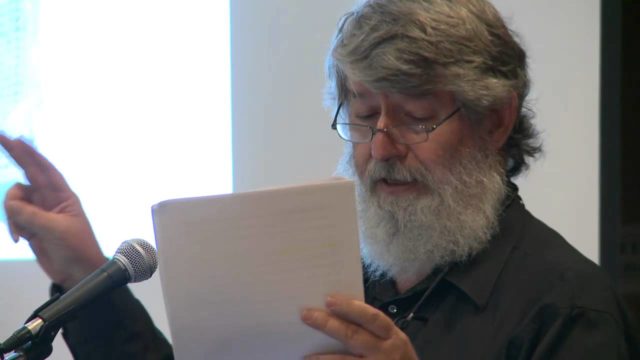 “One of the saddest lessons of history is this: If we’ve been bamboozled long enough, we tend to reject any evidence of the bamboozle. We’re no longer interested in finding out the truth. The bamboozle has captured us. It’s simply too painful to acknowledge, even to ourselves, that we’ve been taken. Once you give a charlatan power over you, you almost never get it back.” ~ Carl Sagan / Visionary Scientist, Teacher, and Truth teller.