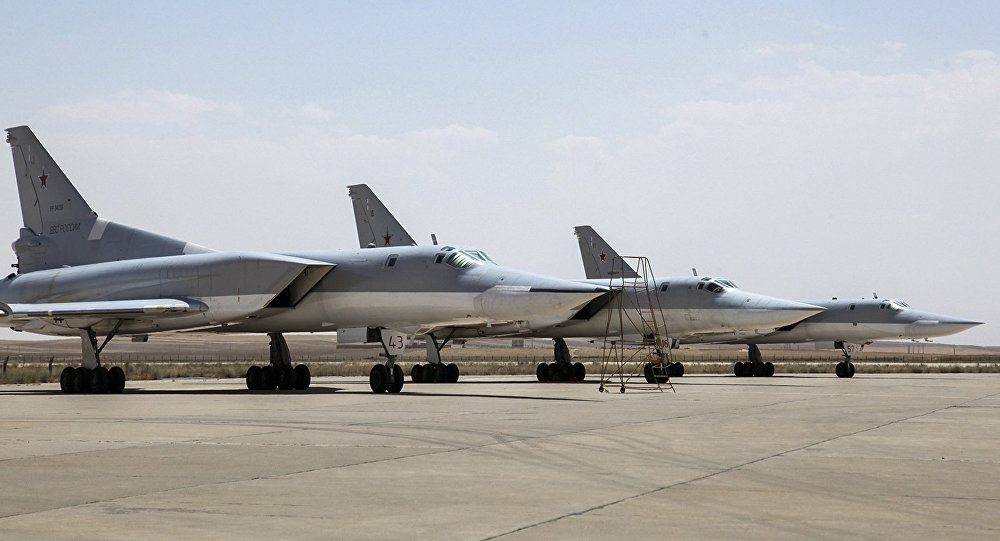 [ Editor’s Note: The Hamadan base, as VT had editorialized after its first use, will continue to be a game changer, not only for the current counter terrorism war efforts in Syria, but in future places.

The reason for this will be the clear display that it has been low cost and effective compared to the American coalition version, which looks like more of a defense industry corporate welfare exercise than a real security endeavor.

The speed with which the first bombing attacks were run from there – needing to be quickly done to defend Aleppo from the West’s last ditch effort to grab the advantage over Aleppo – created some PR confusion as to who would control the press announcements. Iran, being the host country, felt it should have.

But I suspect that it could not act fast enough, so Moscow jumped in. That is being corrected now using “leaks” as the source. What we are seeing is the large air transportation capacity is able to move not only the forces needed, but do the tougher job of all the logistics and supplies needed for the forces to carry out the mission.

You will see the revelation below that this is only expected to take a week to be fully operational and this is the kind of “live training” that military commands love to have to prove what they can do, plus work out problems that are revealed.

And the last question…”Why now?”, when a major ceasefire announcement has been made for Syria?…Because the agreement called for joint US-Russian selected target missions to begin after a week of “lowered hostilities” in Syria.

The Russians are showing that on day eight, they want to be ready to use the heavy bombers on IS and al-Nusra.

From the announcements yesterday and today about the ceasefire, it appears the Syrian Air force will be stood down during this campaign so it cannot be blamed for bombing the moderate opposition. The increased payloads and missions of the Russian bombers out of Hamadan will be able to replace the sorties from the SAA, while it can get a break to refit its hard-worked equipment… Jim W. Dean ] 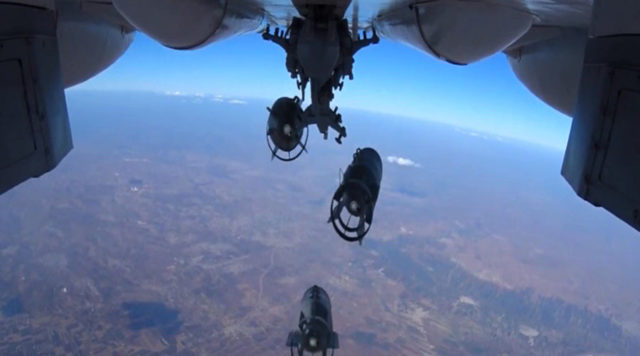 Moscow and Tehran are currently in negotiations over the redeployment of Russian bombers to the Hamadan airbase in Iran so that they could resume their counterterrorism missions in Syria, Izvestiya reported, citing an unnamed source in military and diplomatic circles. Moscow first sent its planes to the Iranian airstrip in August.

Both countries are said to be planning to adjust the base for the possible deployment.

“It will take a week and Antonov An-124 Ruslan and Ilyushin Il-76 strategic airlifters will have to make dozens of flights to prepare Hamadan to host Russian bombers, Sukhoi Su-34s and Tupolev Tu-22M3s,” the source said.

“The most important step is to deploy enough air-launched weapons and loaders needed to load airborne weapons aboard the planes,” the source noted.

The source added that there is no need to construct special hangars for the planes since weather conditions at the base are good. If need be, these facilities could be erected in one to two weeks.

Russian planes carried out several counterterrorism missions in Syria from Hamadan in mid-August. The deployment lasted approximately a week and was the first of its kind in Iran’s modern history.  Igor Zotov, a member of the Russian State Duma’s Defense Committee, welcomed the step, saying that “any means, including the redeployment of the Russian Aerospace Forces to Hamadan, are good for counterterrorism.”

“We need to join efforts with other countries fighting against terrorism. If Russia returns to the Iranian base, I think it will be for the best. Hamadan is an airfield that directly affects” these efforts, he told Izvestiya.

Political analyst Sergei Voronin told the daily that Russia and Iran will reach a compromise on Hamadan in the near future.

“There was an issue of misunderstanding that both sides will deal with soon. Iran was not happy that the information [on Russia’s deployment to Hamadan] was made public in Moscow. In Tehran’s opinion, Iranian leadership was supposed to break the news first or the work had to be done behind closed doors, like before,” he observed.

Some in Iran were said to have been discontent that Russia’s deployment to the base generated extensive media coverage.