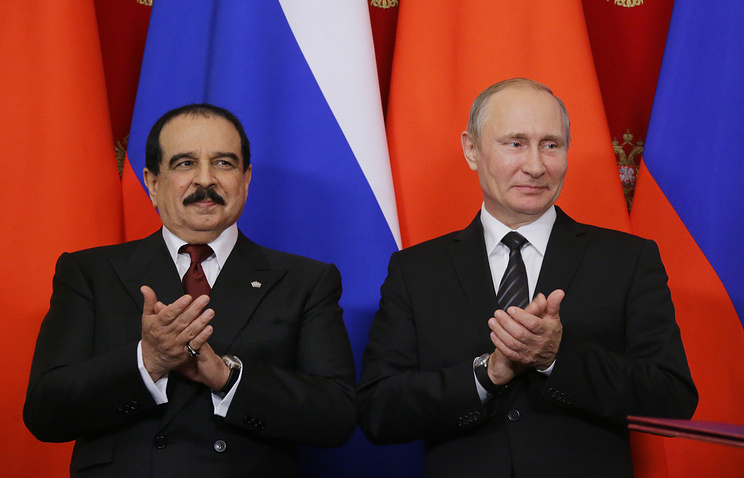 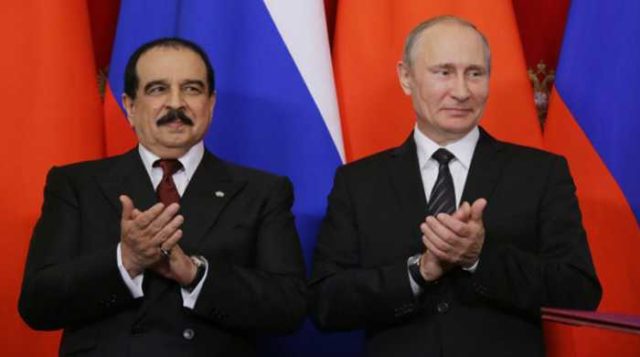 [ Editor’s Note:  My. my…what a surprise here…Putin getting a toe hold into the US main naval base in the Persian Gulf. This must have both the State Dept. and Pentagon’s shorts in a knot.

This continues Moscow’s strategy of selling its export version arms just about anywhere it can for the dual benefit of the export earnings and keeping Russia’s defense industrial base running at a much higher level that would be possible just for domestic consumption.

Per unit costs for its own weapons systems go down and there is more funding for R&D, a weapon itself these days, especially in electronic warfare where the ability to replace compromised systems quickly can be a life of death situation in any major conflict.… Jim W. Dean ]

“Military-technical cooperation issues were actively discussed with the Russian side on several occasions, including contacts with Russian President Vladimir Putin during King of Bahrain’s recent visit,” Peskov said, when asked if Russia might sell its air defense systems S-400 to that country.

Putin and the King of Bahrain met in the Kremlin on September 6.

The two leaders discussed ways of struggle against terrorism, the situation in Syria and trading and economic cooperation.