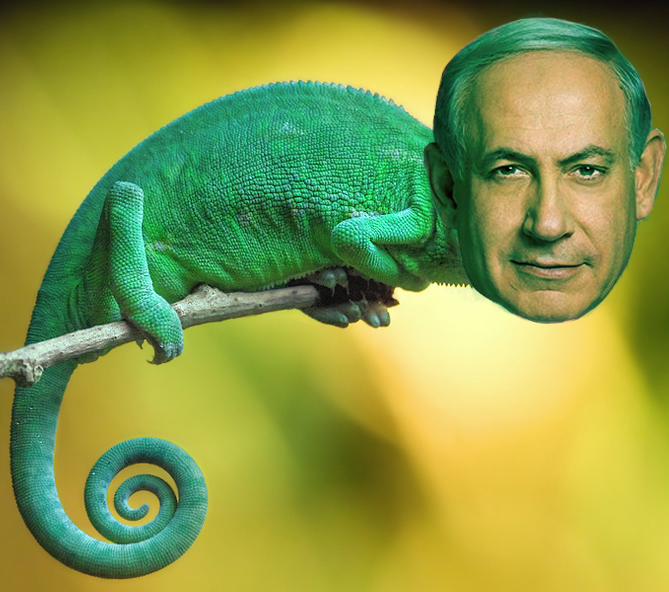 Netanyahu’s recent ethnic-cleansing video offers us a spectacular glimpse into Jewish identity politics and the ease with which the Jews morph between ideology and political stance. In the video below, PM Netanyahu accuses the Palestinians and their supporters, by making it a condition of peace that Israel withdraws its illegal settlement, of leanings towards ethnic cleansing

I am not here going to argue with Netanyahu’s ridiculous idea. I am obviously in total agreement with Gideon Levy and others who have taken the trouble, time and again, to prove that Israel is the only ethnic cleanser between the river and the sea.

But if Israel is the only ethnic cleanser in Palestine, then all Bibi is doing is simply projecting i.e. attributing his own racist symptoms onto the Palestinians and their supporters. Now, I’m no great fan of Freud and even less enthusiastic about his terminology, but he sure did help us understand the Jew or, shall we say, the Jewish psychological nature. Seemingly, projection is at the core of the Jewish psyche. Jews see racism everywhere, simply because they attribute their own racism to others. So, Netanyahu, in accusing others of ethnic cleansing, is simply projecting his own symptoms onto the Palestinians.

But it goes further. The concern with people being ethnically cleansed is a humanist, empathic position, traditionally associated within Left and progressive thought. It is in fact totally foreign to the Lebensraum, racist ideology that drives the Zionist precept of which PM Netanyahu is a devout follower.

So one may wonder how Bibi managed to transcend himself from oppressor to victim? How does he manage to so abruptly switch sides from being a practitioner of Lebensraum into a ‘progressive voice’? The answer is devastatingly simple. For a Jew to switch sides, to move from the hard right into the poetic left and vice versa is a mere verbal exercise. This capacity of metamorphosis is embedded within Jewish identity politics and I guess that Kafka was the first to point us towards it.

So, with a little help from Binyamin Netanyahu, Israelis mange to simultaneously be oppressors as well as victims. But are the anti Zionists that different?

How long did it take Max Blumenthal to morph from being an enthusiastic Zionist Nazi Hunter into a pro- Palestinian who only occasionally hates Germans for being White.  The same can be said about pretty much every Jewish Left and anti-Zionist organisation. They preach anti-racism in the name of the most enlightened liberal and progressive ideologies but at the same time, they themselves operate within racially inclusive political cells.

The so-called ‘antisemites – those who hate Jews for being Jews, used to refer to Jews as chameleons. They simply could not understand the lack of integrity at the heart of Jewish politics. They could not grasp how Jews switch allies so rapidly.

Netanyahu’s video this morning certainly made me wonder at how comfortable he seems lying compulsively in front of the camera. But what, I wonder, happens to Bibi when he faces himself, alone in the morning in front of the mirror? Who (or what) does he see in front of him? Is it the head of the Likud party? Is it a progressive humanist? Or is it simply a lizard, a chameleon who morphs constantly as it moves along.

I guess David Icke has, more than once, attempted to address this question..