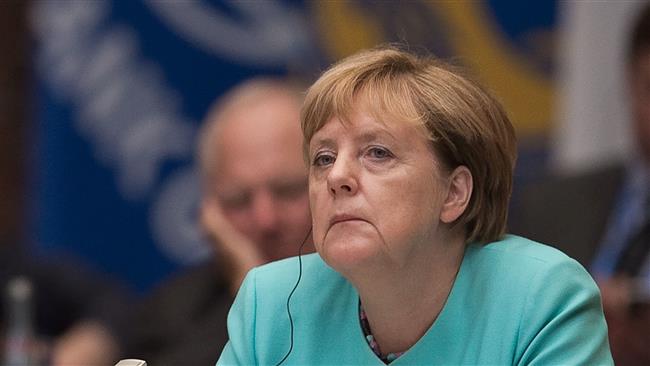 [ Editor’s Note: Is the worm beginning to turn for Merkel’s party in Germany? Only time will tell of the vote below was a fluke, but for a new party to get 21% of the vote in it’s first election is a big hint that change is in the wind for Germany.

So far Merkel seems to be sailing straight ahead, seemingly unconcerned with the growing dissatisfaction with the social and political upheavals engulfing the country. Even though it has demonstrated a lot of staying power in the past, the folks seem to want new leadership.

Britain’s new PM Theresa May seems to be reading the Brexit tea leaves, that increased trade with Russia, with anybody really, should be on the agenda to cushion the economic turbulence of exiting the EU. Economic issues always seem to become the true north compass setting when the economic future has been thrown for a loop.

Britain is a powder keg of social unrest. One major bad more, or two, could set it off. The Scots pushing ahead for another referendum could be one of those. May is battening down the hatches by making nice with Mr. Putin. Merkel has done so in word only while sticking to her sanctions guns, which might soon be empty… Jim W. Dean ]

TV exit polls on Sunday showed that the CDU fell to third place in a Mecklenburg-Vorpommern state election behind the center-left  Social Democratic Party (SPD) and anti-immigrant Alternative for Germany (AfD) party.

In its worst result ever in the rural state on the Baltic coast, the CDU gained 19 percent of the vote, down from 23 percent in 2011. The AfD, which campaigned hard before elections against Merkel’s policies on refugees, won 21 percent in their first election in the state.

The SPD, a dominant party in the state and part of the coalition with the CDU since 2006, won 30.5 percent of the vote, down from 35.6 percent in the last election in 2011. All the results were exit polls broadcast on ARD TV network.

Merkel has faced mounting criticism over her welcoming policy toward refugees entering Germany in their hundreds of thousands last year. The CDU leader has defended her approach, however, and rejected claims that her government has affected spending on Germans by allocating money to the settlement of the asylum seekers.

In an interview published Saturday, Merkel promised to support those who are in urgent need of humanitarian assistance, particularly those refugees mostly fleeing conflicts in the Middle East.

“It was the right thing to do that we rose to this humanitarian responsibility and continue to do so… We did not reduce benefits for anyone in Germany as a result of the aid for refugees. In fact, we actually saw social improvements in some areas,” Merkel told Bild am Sonntag newspaper.

Other parties also contested the vote in Mecklenburg-Vorpommern, including the far-left Left Party and the Greens. The far-right NPD party failed to secure any seats in the regional assembly as it fell below the five-percent threshold for the first time since 2006 with 3.5 percent, down from six percent in 2011.